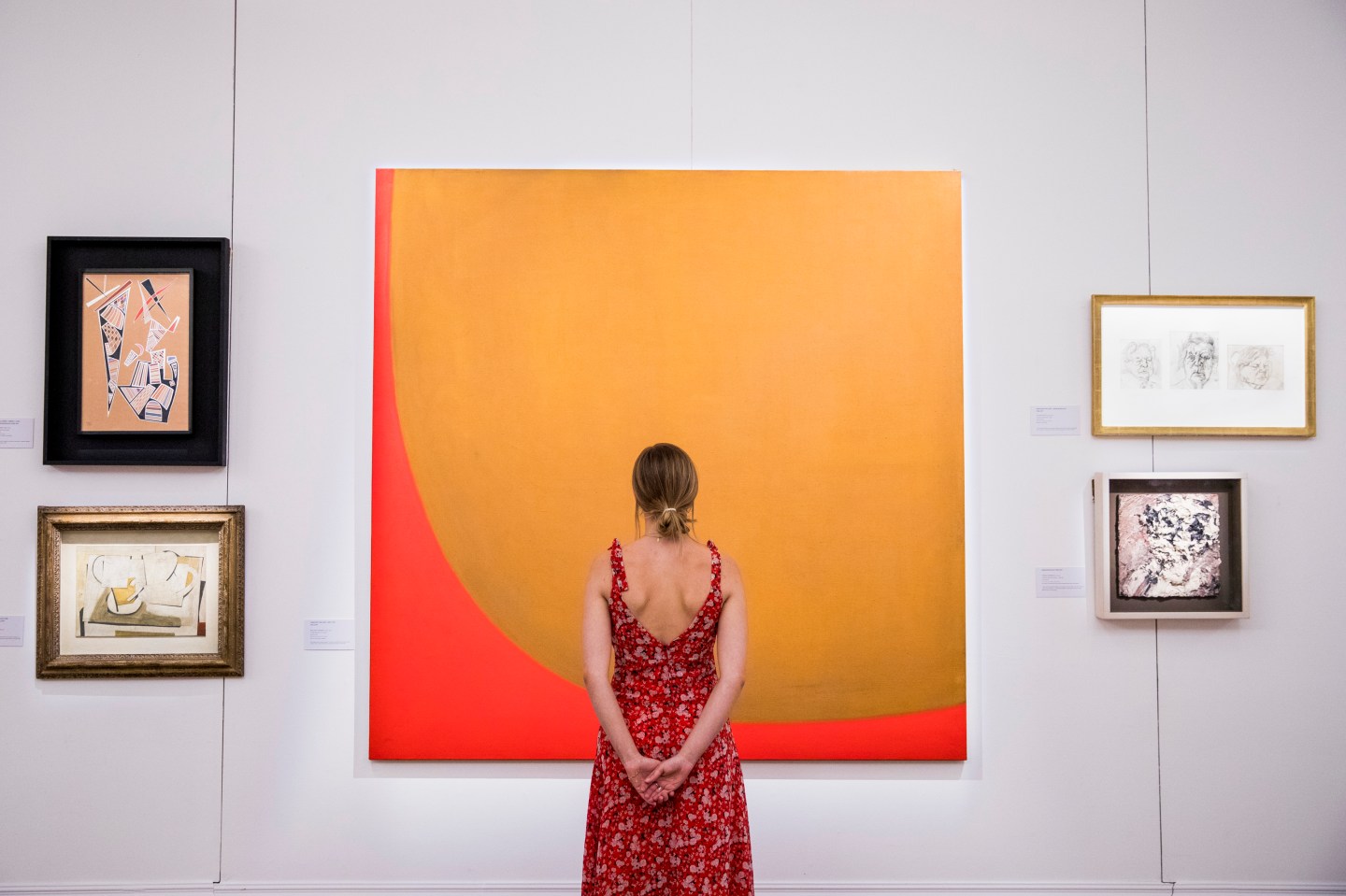 How do you turn an ancient, labor-intensive prestige brand into a money machine? That’s the challenge facing French telecommunications mogul Patrick Drahi, who on Thursday won approval from shareholders of Sotheby’s to take the 275-year-old auction house private in a transaction worth $3.7 billion.

The offer by BidFair USA, a vehicle owned entirely by Drahi and his family, was backed by 91% of shareholders who voted on it, Sotheby’s said in a statement. Drahi offered $57 a share, a 61% premium to the stock’s market price on June 14, the day before Sotheby’s announced that its board had agreed to merge with BidFair.

Drahi has said he will finance the purchase with $1.5 billion of his own money and the rest with debt, according to a Wall Street Journal report. He’ll be assuming Sotheby’s existing $1 billion debt.

The purchase is a curious departure for Drahi, who’s best known for building a debt-laden cable and mobile phone empire in France before moving into the U.S. market over the past four years. In the art world, Drahi is a relatively modest collector of 20th century masters, including Picasso and Matisse, and is not a fixture at New York’s famed evening auctions.

Drahi is known in the telecom business for cost-cutting that shrinks payrolls and streamlines operations. That may be difficult to achieve at Sotheby’s. Activist investor Dan Loeb, whose Third Point LLC held about 14.3% of Sotheby’s and pushed for the sale to Drahi, has already rendered much of the fat from its operations, says Lee Rosenbaum, a prominent commentator on the art sale scene, and the author of the blog Culturegrrl.com. Sotheby’s made a profit of $108 million last year on sales of $6.35 billion, while privately held rival Christie’s, which doesn’t report its profits, claimed total sales last year of $7 billion.

“There was always this sense that it was an uneven playing field because Christie’s is a private company and therefore able to maneuver in a slightly different way. That was the complaint we heard in the marketplace,” says Abigail Asher, a prominent art consultant based in New York.

Many of the world’s biggest art deals involve auction houses guaranteeing a minimum sale price to consignors. When the art fails to sell at the guaranteed price, auction houses lose not just money, but the prestige that brings further sales.

Sotheby’s has gone public twice: once from 1977 to 1983, and then again in 1988. As a privately held company, Sotheby’s could take greater risks and cut more backroom deals for big-ticket auction lots than it could as a public company, says Rosenbaum, but the competition with Christie’s means already-low margins could face more pressure. “It will certainly do more business,” she says, “but I don’t know if it will make more profits.” (Sotheby’s declined to comment for this article.)

The U.S.-China trade war could hurt business, says Rosenbaum, particularly given new tariffs on Chinese art brought to the U.S. for sale and on Chinese buyers of art in the U.S. Meanwhile European customers, particularly in Britain, are likely to be nervous about making big-ticket purchases with the looming specter of Brexit and an economic slowdown, she adds.

As a calling card, the Sotheby’s purchase puts Drahi in the same league as French retail magnate François Pinault, who owns Christie’s and has a fortune of about $33 billion, according to the Bloomberg Billionaires Index. Drahi weighs in at $10.7 billion.

Drahi could end up like another French billionaire, Bernard Arnault, the country’s richest man (with $97.9 billion, estimates Bloomberg) and chairman of luxury goods maker LVMH. Arnault bought the Phillips auction house in 1999 and reportedly lost hundreds of millions of dollars in a series of disastrous sales before selling it three years later.

Drahi made his name and fortune with Dutch-registered Altice NV, which owns 70% of France’s largest cable provider, Numericable, and the second largest French mobile phone company, SFR. He moved into the U.S. in 2015, buying a 70% stake in Suddenlink, a St. Louis-based cable operator, for $9.1 billion (including debt). The next year, he bought New York-based operator Cablevision for $17.7 billion to turn Altice into one of the largest cable operators in the U.S.

Drahi has piled debt on his companies but also increased operating margins significantly through a mix of layoffs and technical innovation—and a willingness to make big bets. In the case of cable, says Marci Ryvicker, a telecom analyst at Wolfe Research, Drahi spent big to bring high speed fiberoptic cable directly to homes.

“He is a true entrepreneur,” Ryvicker tells Fortune. “He finds businesses where he has a differentiated and competitive advantage, and he tries to operate them better. He hires the people he feels can make the right decisions and he’s a risk taker.”

For his bet to pay off with Sotheby’s, Drahi may have to reinvent the art auction business.

“The problem is these are historical businesses, so they handle a $10,000 object like they handle a $10 million object, which is crazy,” says one art industry professional who asked not to be named to preserve active business relationships. ”But if he wants to do what is in effect a tech play, then it may be a very smart deal.”

Sotheby’s target market, the industry professional says, is selling collectibles worth $5,000 to $100,000 to the “mass affluent” around the globe. The auction house uses Internet technology to target objects and buyers and lures them in with its storied brand.

The average lot price at Sotheby’s is about $9,000. Lots over $1 million account for only 2% of volume but 40% of revenue. A challenge for Sotheby’s is to increase sales without increasing costs. That’s where Drahi’s expertise in cost-cutting may come in.

“Sotheby’s and Christie’s are incredibly undervalued brands that haven’t been leveraged,” says the industry professional.

That, says Asher, the art consultant, may be Drahi’s real aim: taking what might be called the Tiffany model, after the prestigious Fifth Avenue jeweler that made a fortune selling silver charm bracelets that carry the aura of Tiffany’s grand silver tableware and diamond jewelry, to Sotheby’s.

Can the auction house leverage its prestige at a lower price point without diluting the brand?

“You’ve got a captive worldwide audience that knows the name and the brand and that it sells things of beauty to the beautiful and the elite,” says Asher. “You, too, can be a part of that brand at a less expensive level—but with the security of the brand name.”

There is precedent, of a kind: Sotheby’s took in $10.9 million last year from a licensing agreement that was part of its 2004 sale of Sotheby’s International Real Estate to Reology.

—Change the World 2019: See which companies made the list
—Corporate America’s most fascinating standoff: The accountant who exposed Madoff vs. GE
—America’s CEOs seek a new purpose for the corporation
—How the world’s biggest companies stay ahead
—What the world’s biggest motorcycle rally reveals about the state of festival food
Subscribe to Fortune’s The Loop newsletter for the latest on the revolutions in energy, technology, and sustainability.