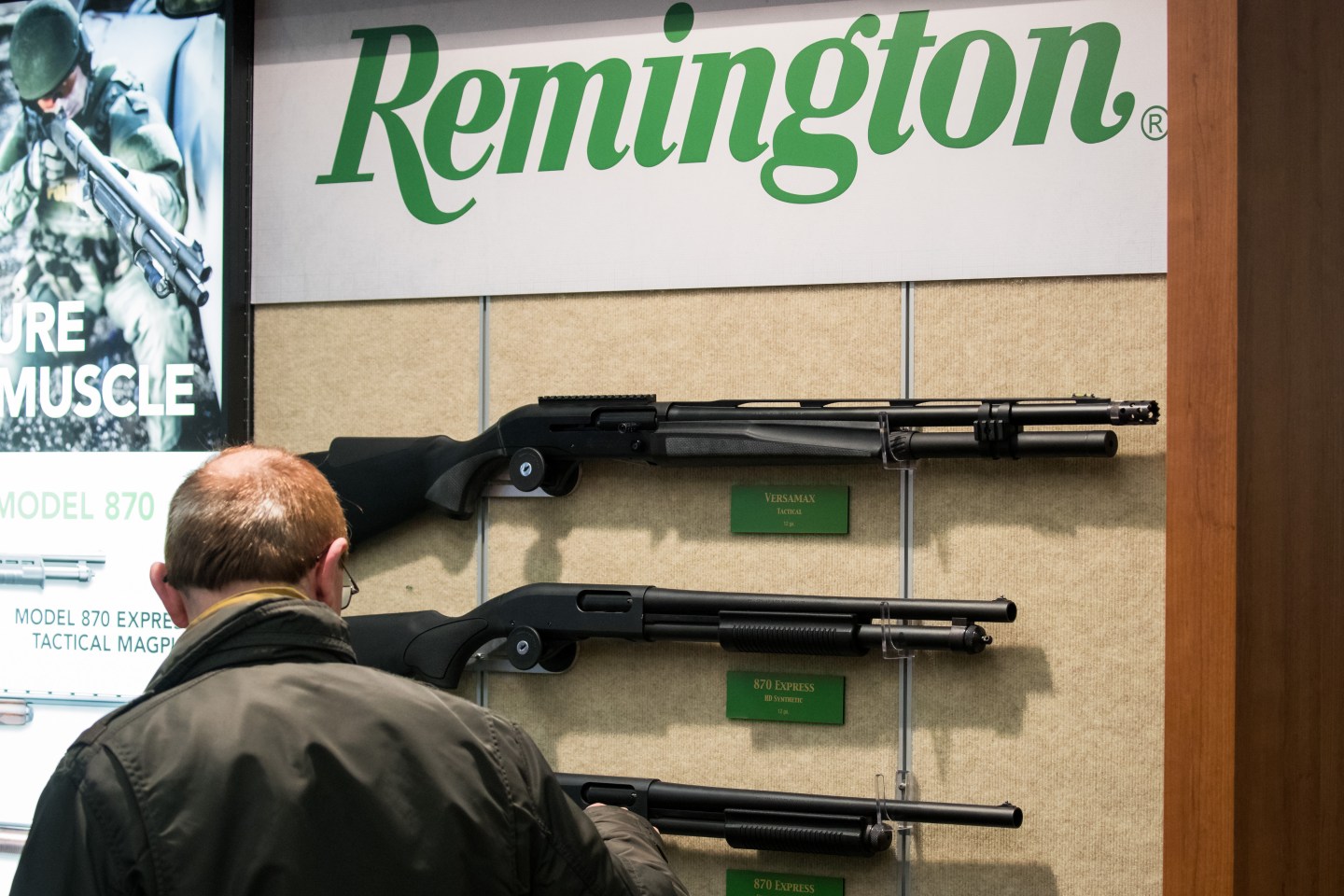 Officials in the 10 conservative states, 22 House Republicans and the NRA are among groups that filed briefs with the U.S. Supreme Court on Tuesday and Wednesday. They urged justices to overturn the Connecticut decision, citing a much-debated 2005 federal law that shields gun makers from liability, in most cases, when their products are used in crimes.

Remington, based in Madison, North Carolina, made the Bushmaster AR-15-style rifle used to kill 20 first graders and six educators at the Newtown, Connecticut, school on Dec. 14, 2012.

A survivor and relatives of nine victims of the massacre filed a wrongful death lawsuit against Remington in 2015, saying the company should have never sold such a dangerous weapon to the public and alleging it targeted younger, at-risk males in marketing and product placement in violent video games.

Citing one of the few exemptions in the 2005 federal law, the Connecticut Supreme Court ruled 4-3 in March that Remington could be sued under state law over how it marketed the rifle. The decision overturned a ruling by a state trial court judge who dismissed the lawsuit based on the federal law, named the Protection of Lawful Commerce in Arms Act.

The federal law has been criticized by gun control advocates as being too favorable to gun makers, and it has been used to bar lawsuits over other mass killings.

The Connecticut case is being watched by gun control advocates, gun rights supporters and gun manufacturers across the country because it has the potential to provide a roadmap for victims of other mass shootings to circumvent the federal law and sue firearm makers.

One of the supporting papers filed this week was by officials in Alabama, Arkansas, Georgia, Louisiana, Mississippi, Oklahoma, South Dakota, Texas, Utah and West Virginia.

“The Connecticut Supreme Court’s decision reads a narrow exception broadly,” the states’ brief says. “That reading is inconsistent with the text of the PLCAA. And it creates uncertainty for States seeking to implement sound gun policies consistent with federal law.”

Among the Republican members of Congress who filed a brief Wednesday were Reps. Jim Jordan, of Ohio, Jim Sensenbrenner, of Wisconsin, and Greg Walden, of Oregon.

The congressional Republicans’ brief says they “have a strong interest in ensuring the Protection of Lawful Commerce in Arms Act of 2005 … is interpreted and applied consistent with Congress’s stated purpose, and that the narrow exceptions to the PLCAA are not applied in a way that frustrates congressional intent and renders the PLCAA’s protections meaningless.”

“The right to keep and bear arms means nothing if the ability to acquire those arms is not possible because the firearm industry is put out of business by unlimited and uncertain liability for criminal misuse of their products,” their brief says.

A lawyer for the victims’ relatives suing Remington defended the lawsuit and the Connecticut court decision.

“None of the politically-motivated briefs filed on Remington’s behalf undermine the well-reasoned determination by our state’s highest court that these families deserve their day in court,” Katie Mesner-Hage said in a statement.