Céline Dion Is Having a Moment: The Broadsheet 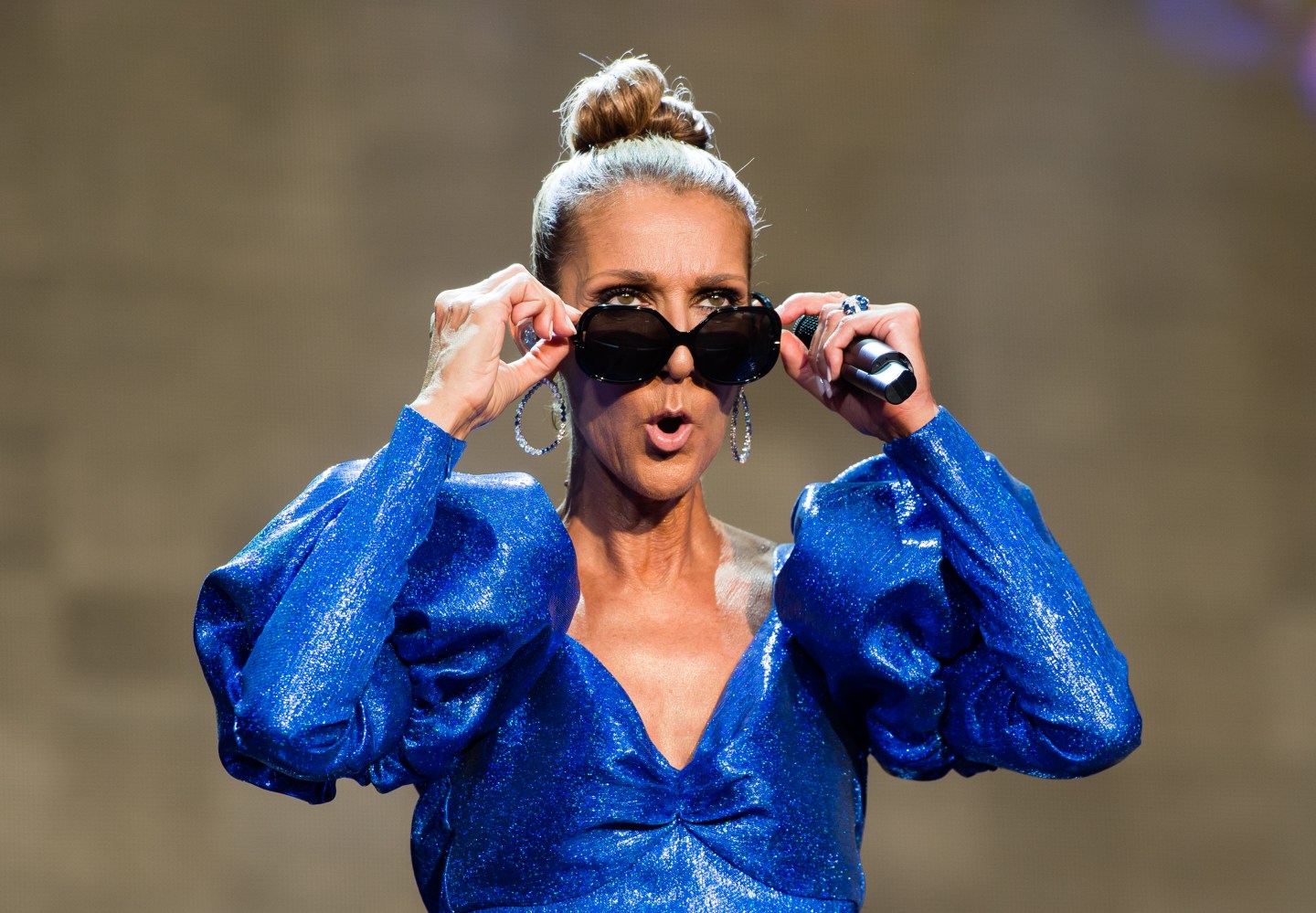 Good morning, Broadsheet readers! ‘Year of the Woman’ candidates are back in 2020, caring for aging relatives is increasingly keeping women out of the workforce, and we’re living in the Célinaissance. Have a wonderful weekend; we’ll be back on Tuesday after the Labor Day holiday in the U.S. on Monday.

- Welcome to the Célinaissance. We’re living in the ‘Célinaissance’ and we didn’t even know it. Yes, Céline Dion, the 51-year-old singer from Canada, is having a moment, as detailed in this delightful Walrus piece by Suzannah Showler.

Need proof? Consider Céline’s run in Las Vegas that ended in June. Her two residencies there spanned 16 years and grossed an estimated $700 million in sales combined. Las Vegas used to be where stars were put out to pasture; she turned residencies on the strip into a marker of having made it. Earlier this year, she signed her first beauty contract with L’Oreal Paris, she has a gender-neutral children’s clothing line called Célinununu, she’s embarking on a world tour called Courage next month, and in November she’s expected to release a new album with the same name. Plus, she’s the subject of not one, but two, biopics.

Taking all that into account, there’s no arguing with Showler’s assessment, but the story does raise the question of why Céline still has such relevance after all these years. After all, “Céline isn’t exactly new.”

Showler’s conclusion—sourced, in part, from Céline impersonators—comes down to Céline’s raw talent (few can compete with those pipes!) and her ability to connect intimately with fans despite her megastardom. As Showler puts it: “Céline is sincerely superficial but never superficially sincere.”

The story is a gem. I encourage you to read it. The Walrus

- Guess who's back. The Year of the Woman in 2018 saw more women than ever run for office and win. But what about the ones who lost? They're back—and ready for 2020. Washington Post

- 'Shared sisterhood.' Two management professors researched what it takes for women of different races and ethnicities to support each other in the office. Their main finding was that an "inclusive" work environment isn't enough; for black women who have to interact with others to do their jobs, rather than work independently, a positive environment alone didn't solve everything. Harvard Business Review

- Epstein's circle grows. The New York Times examines the circle of women who worked for Jeffrey Epstein, recruiting girls for his sex trafficking ring. Besides Ghislaine Maxwell, four women could face criminal charges in New York. Sarah Kellen is accused of scheduling girls to have sex; Lesley Groff is alleged to have arranged travel and lodging; Adriana Ross allegedly had computers thought to contain child pornography removed from Epstein's house before his 2008 plea deal; and Nadia Marcinkova is also alleged to have sexually abused an Epstein victim, although she may have been initially brought in as a victim herself. New York Times

- Cost of caretaking. Another factor keeping women out of the workforce? Caring for aging relatives. The timing often halts women's career prospects during their prime earning years. “I’m almost 52, and I’m starting from scratch,” says Heather Boldon, who dropped out of the workforce to care for her mother. New York Times

- YouTube Kids. Among the storms it's weathered in recent months, YouTube has faced criticism for inappropriate and toxic content shown to kids. Now the platform, led by CEO Susan Wojcicki, is launching a separate site for children. Bloomberg

- A bad climate. As climate activist Greta Thunberg sailed across the Atlantic—she arrived Wednesday—many male climate deniers seemed to take her arrival personally and attack her character. Well, part of the reason can be explained by research that links climate denialism and misogyny; they have "a sense of group identity under threat" in common. The New Republic

- Female founders. In South Korea, women are starting their own businesses in record numbers—in part because of the blockades they've faced in the traditional workforce. "Women are disappointed with the working culture, so they want to make their own companies," says Park Hee-eun, principal at the Seoul venture capital firm Altos Ventures. New York Times

Why Taylor Swift wants to be 'The Man' The Atlantic

"Thirty is good, because you start to know who you are. And when you’re 40—now you start to tell everybody else."

-Actress Piper Perabo on age and her entry into political activism