A Spy in the House of Byrne—The Ledger 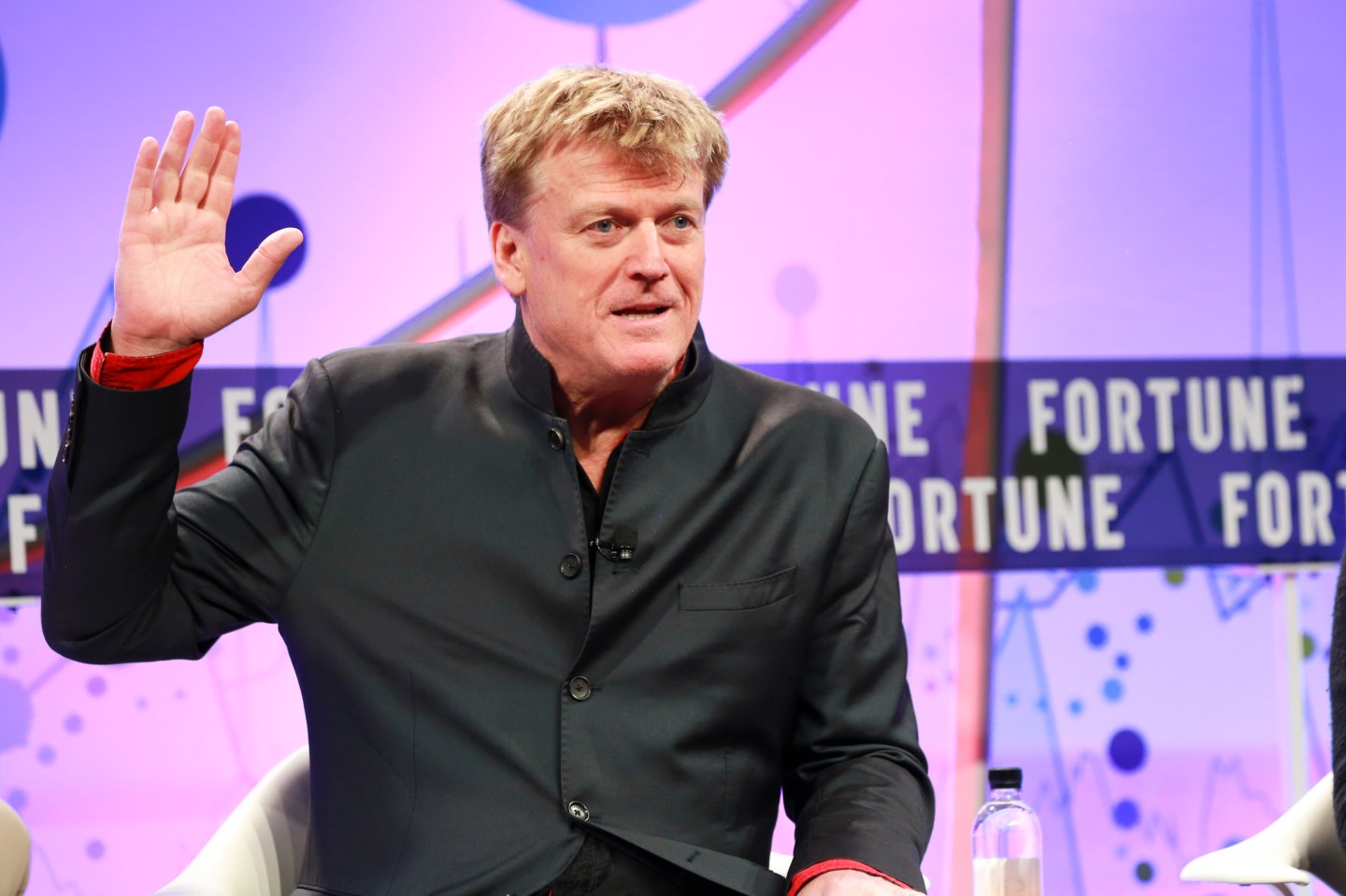 The crypto industry can be roughly divided into two groups. On the one hand, there are “crypto native” companies creating new things from scratch, sometimes with a bit of a grudge against the status quo (think Binance or Brave). On the other hand are existing operations trying to use blockchain tech to get a further edge (think ICE’s Bakkt or Facebook’s Libra).

And then there was Patrick Byrne, who had a foot in both worlds—sometimes uncomfortably.

The CEO for two decades of e-commerce pioneer Overstock.com, Byrne became a vocal crypto proponent around five years ago, and has worked since then to position the company as a blockchain leader. Overstock was the first major online retailer to take payments in Bitcoin, starting in early 2014. The same year, Byrne began work on “tZero,” a blockchain-based alternative to traditional securities exchanges. Then he founded Medici Ventures, a venture fund and incubator that houses 18 blockchain startups within Overstock.

Byrne’s statements on the matter have been vague and conspiratorial, including references to the “Deep State” and “Men in Black” who Byrne says drew him into “certain government matters.” He subsequently made detailed claims that the FBI directly encouraged his relationship with Butina circa 2016 as part of an investigation into Russian activities (claims dismissed by then-FBI director James Comey). Byrne says he’s resigning because these entanglements “may affect and complicate all manner of business relationships,” and that he’ll be “disappearing for some time.”

This is the sort of weirdness you’d expect from the wild-west world of crypto-natives, not a public company valued at more than $1 billion as recently as a year ago. But Byrne was known as a bit of a loose cannon well before Bitcoin was invented, most notably for his aggressive (and also frequently conspiratorial) campaign against naked short sellers. (You can read Fortune’s coverage of those battles here.)

This very enjoyable profile from Forbes dives into Byrne’s privileged and unconventional background—he has a PhD in philosophy from Stanford, and is apparently close friends with Warren Buffett through Byrne’s father. It also paints Byrne as easily distractable, and Overstock’s blockchain ventures as a boondoggle that’s destroying a once-profitable company.

The boondoggle part might wind up coming true, but if Overstock’s blockchain efforts are a risky bet, they’re anything but a lark. I spent some time at the company’s headquarters in Salt Lake City this past spring, and with Medici, Byrne has built a team that’s both technically savvy and fairly unified in its deeply-held crypto-native worldview. Most notably, Medici is a hotbed of thoughtful skepticism towards government, with managers and coders ranging from left-wing anarchists to free-market libertarians. There are even signs that Overstock’s presence is helping turn Salt Lake City into a blockchain hub with its own unique feel—for instance, the Off Chain conference there caters to the overlap between crypto, firearms, and “prepping.”

Byrne himself often described his worldview in libertarian terms, and he’ll be succeeded by Jonathan Johnson, who shares much of Byrne’s outlook on both politics and blockchain. Johnson is currently head of the Medici unit, and he’ll shoulder Byrne’s CEO duties on an interim basis. He’s a steady, composed counterpoint to Byrne’s swashbuckling verve, as well as a thoughtful strategist. Most significantly, his rise to the head job, even if temporary, signals that Overstock intends to stick with its blockchain bets.

The question now is whether some of those bets hit before Overstock’s retail revenues fade.

One final note: We’re running lean here at The Ledger this month, in part because Jeff Roberts is on book leave (look for his cryptocurrency magnum opus from Audible soon). That’s why they handed the reins over to me, the new guy. I recently joined the Fortune team from BreakerMag, a now defunct but much-loved blockchain-focused publication. In addition to reporting on the world of digital assets and decentralized technologies, I’ll be writing about A.I., Tesla, and other techie matters. I’ll also be authoring this newsletter every once in a while—hopefully, from here on out, with a header that actually has my name on it.

Glad to know you.

Mastercard CEO: How to Make the Digital Economy Work for Everyone – By Ajay Banga

After the Capital One Breach, Should Big Business Fear the Public Cloud? – By Robert Hackett

Bakkt, set to launch soon, is much more than another crypto exchange. And the Apple Card is more than just another credit card – just don’t put it in your jeans. Bitcoin ownership is more evenly-distributed than it seems, once you ignore wallets owned by exchanges and coins (including Satoshi Nakamoto’s) that are likely locked away forever. By the same token, Bitcoin “realized cap” – a measure from CoinMetrics that excludes lost coins – has reached $100 billion for the first time.

The number of blockchain startups demoing at YCombinator has fallen sharply this year. Blockchain and BitPay are joining forces for wallet payments. And David Chaum, a godfather of the crypto-anarchist movement that led to Bitcoin, launched his own new cryptocurrency.

Tim Mayopoulous, former CEO of Fannie Mae, thinks housing is going to be much less impacted by the next recession than it was by the last one. "When the next recession comes, we'll be able to weather that actually pretty well, from a housing market perspective,” he told Robert Hackett and Jen Weiczner. He's now the president of Blend, which digitizes the mortgage process—and might help prevent some of the worst missteps of the foreclosure processes that multiplied after the housing crash. View the interview here.

That's all the episodes we're getting of the CoinTalk podcast, at least for now. The show, possibly the most entertaining media project in blockchain and a direct product of the cryptocurrency bubble, is going on indefinite hiatus.

The podcast launched just as the Bitcoin bubble peaked in the winter of 2017-2018, and hosts Aaron Lammer and Jay Kang have spent the last year and a half educating themselves and listeners about cryptocurrency. They're a smart pair—Kang is a regular contributor to the New York Times, while Lammer helps run Longform. But neither was deeply versed in blockchain tech when they got sucked in by the bubble, so listeners were along for the ride as the two learned from their guests and lost a lot of money day-trading (Kang regularly described himself as a "degenerate gambler" on the show). They approached the underlying questions of crypto with a rare mix of subtlety and absurdity. An episode comparing cryptocurrencies to baseball cards might be their finest moment, but the entire archive is a valuable education . . . and a time capsule of a very silly era.

—US Secretary of State Mike Pompeo, during a recent TV interview on CNBC. Pompeo was responding to a question about how regulators should deal with Facebook’s Libra and other digital currencies.