How the Best Elder Care Companies Are Fighting the Talent Shortage 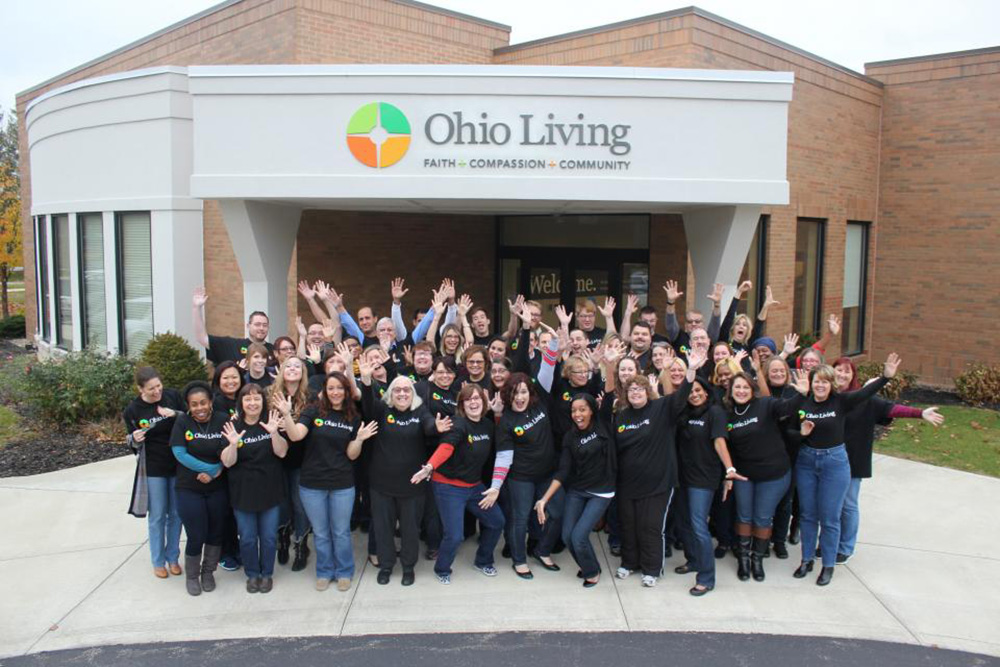 Laurence “Larry” Gumina’s toughest day as CEO was also a proud one for him. And one that revealed the true heart of his organization. As leader of Ohio Living, the largest nonprofit of its kind in his state, Gumina recalls receiving a fateful call one Saturday night in 2016.

Four lightning bolts had ignited flames at one of his retirement communities. Home to nearly 100 elderly residents, the building was engulfed in fire.

On the two-hour drive to the site, Gumina feared the worst. How many would be hurt? Would his elderly residents suffer casualties—or fatalities?

But when he arrived, he learned that two 17-year-old employees had evacuated everyone, carrying some elderly residents on their backs. Despite no major injuries, there was plenty of work to do. Ohio Living employees drove to the site to help coordinate replacement medicines, arrange temporary housing, and make sure residents were doing OK.

“I saw the staff in action,” Gumina recalls. “They were calm, they were focused. They were empathetic. They were spot on.”

The icing on the cake was that residents reciprocated the kindness.

“Some of those residents were consoling us. They’d lost the picture of their husband next to their bed,” Gumina says. “I remember a resident coming up to me and saying, ‘It’s OK’ What resilience.”

Such is the culture at Ohio Living. It’s an organization where even teenage employees feel empowered to jump into action, staffers pitch in during a crisis, and its elderly customers step up to comfort the CEO.

“A Great Place to Work for All”

This story of Gumina’s toughest day at work shows what can happen when a corporate culture blends deep appreciation of its employees with a mission of caring and quality services for older adults.

With more than 3,200 employees representing all generations and many ethnicities, Ohio Living has invested in being a great place to work for all its staff—no matter what they do for the company.

It’s not surprising, then, that Ohio Living has earned a spot on the second annual Best Workplaces in Aging Services list. Activated Insights, the senior care division of Great Place to Work, just announced this year’s ranking in partnership with Fortune.

Over the past year, Great Place to Work and Activated Insights surveyed more than 223,000 employees across nearly all 50 states to measure the workplace experience in areas including respect, fairness, and leadership competence. Our methodology also captures how consistent an organization’s culture is across demographic groups and job levels.

Last year was the first-ever ranking of the best workplaces in the aging services industry. It revealed great variability in the employee experience at different companies and job sites. The highest-scoring location had a Trust Index employee score more than four times greater than the lowest-scoring location. Since then, the variability has not changed.

Each year, the U.S. spends over $3 trillion annually on aging services. What is often not reported is how the aging population drives much of this spending. The Kaiser Family Foundation reports that the population over age 55 accounts for well over half of every dollar spent on healthcare.

Moreover, the quiet crisis brewing in aging services is a severe workforce shortage to care for the aging population.

Because of the difficulty in attracting and retaining people, innovation in this critical field is hindered. High turnover and a shortage of talent attracted to the aging services industry plague efforts to improve healthcare overall. It is well documented that having the same providers who know you yields better care.

Ohio Living has nearly 25 percent lower employee turnover than the industry average. During a recent state inspection of an Ohio Living facility, the government auditor asked for the personnel files of new leaders who had started working at the facility since her last visit. She shook her head in disbelief when she heard that nobody had left: It is that rare in her time as an inspector.

Better for care and better for business

Gumina believes in creating “an environment where our colleagues want to come to work every day”—and has many examples of how Ohio Living’s lower employee turnover translates into better care.

One example is in quality measures. Like many aging service providers, Ohio Living’s 12 skilled nursing facilities go through extensive licensure review for an annual grade by the Federal government. Of a 5-star perfect score, Ohio Living sites averaged 4.8. By comparison, nationally, fewer than 5% of multi-site organizations achieve this level of quality scores.

Gumina also sees culture as central to his healthcare innovation strategy: “When you create that environment [where] people stay and people flourish, you get strong outcomes.” His view dovetails with Great Place to Work research. We have found that when everyone feels invited and inspired to contribute ideas—what we call an “Innovation By All” culture—organizations see better business results.

An example of “Innovation By All” at Ohio Living involves the Toledo market. In contracting with a local provider who had organized what’s called an ACO (accountable care organization), the Ohio Living Toledo team created an innovative program to offer free home health care to any discharged patient among a group of 14,000 patients served by the ACO’s 350 physicians and eight hospitals.

Under ACO payment terms, the physicians shared in Medicare profits from these avoided readmissions. These physicians were so pleased with the demonstrated outcomes that they recommended Ohio Living to more patients.

Ohio Living’s gamble of giving free care has paid off handsomely. Gumina reports that this Toledo business unit has more than doubled in revenues, averaging over 20 percent in organic growth per year.

Yet even when talking about organizational performance, Gumina focuses on the people. “We solidified long-standing relationships with these physicians,” he says. “But most importantly, we kept people home safely and securely.”

The impressive results stem from deep investments into recognizing each person for their contributions.

It’s a philosophy of embracing employees so warmly that they’ll be ready for any future four-alarm fires facing the organization.

“It’s the people who make the difference,” Gumina says. “When we have talent come into this organization, we want to wrap our arms around them.”

Read the full list of the Best Workplaces in Aging Services.