Germany Is Hovering on the Edge of Recession. Here’s Why That Spells Trouble for the Rest of Europe 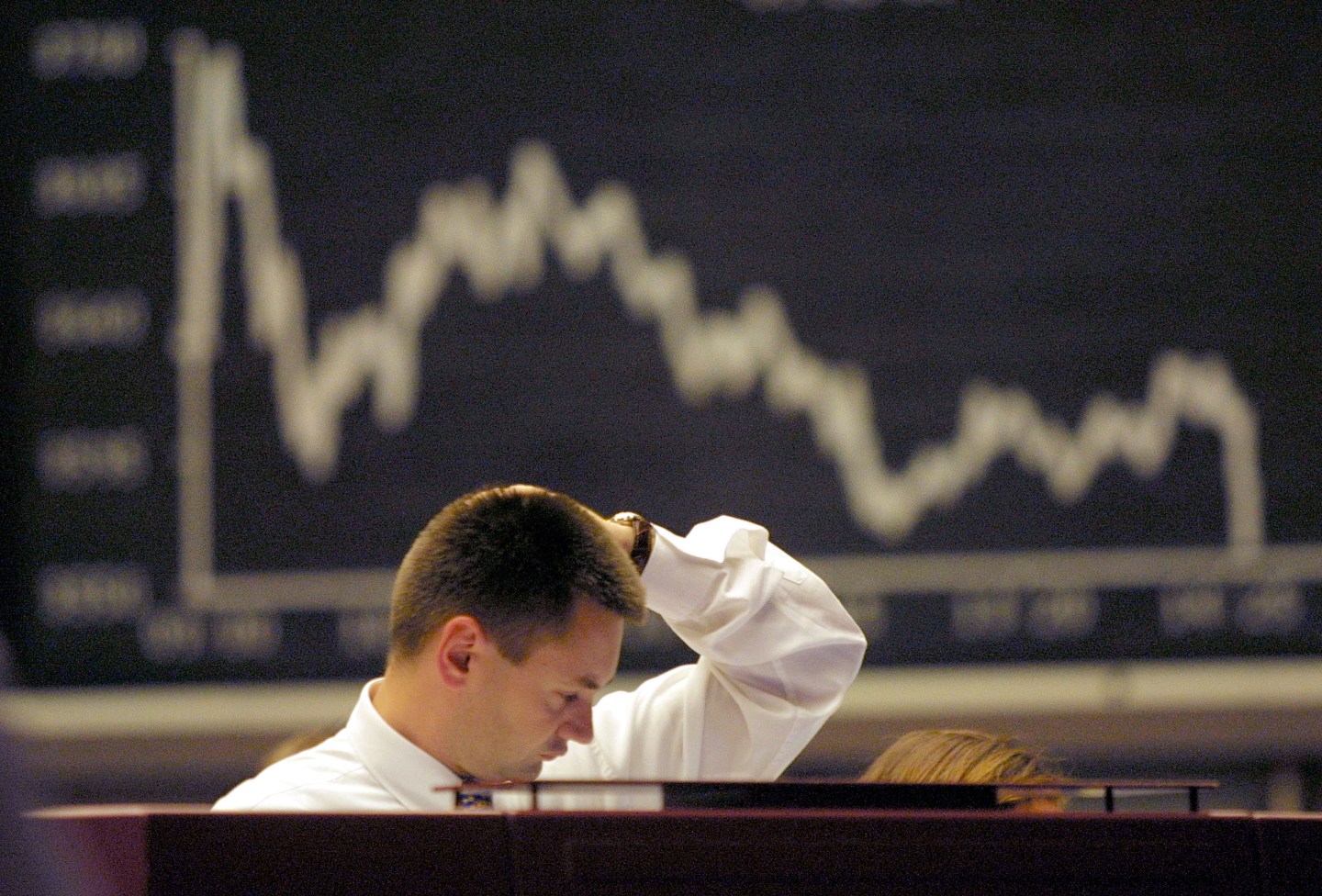 FRANKFURT, GERMANY - JULY 25: A trader rubs his head July 25, 2002 at the Frankfurt stock exchange in Germany as the graph behind shows the German DAX stock index. The DAX reached another four and a half year low by dropping 70.56 to 3529.36 points in afternoon trading after the release of negative German economic data. (Photo by Sean Gallup/Getty Images)
Sean Gallup—Getty Images

Germany, the engine of Europe, is sputtering. And it could take the continent down with it.

Caught in the crossfire of a global trade war and paralyzed by an uncertain Brexit showdown, the export-heavy German economy, as expected, contracted 0.1% in the second quarter, and there doesn’t appear to be any relief in sight. “The bottom line is that the German economy is teetering on the edge of recession,” Andrew Kenningham of Capital Economics, told Reuters.

German manufacturing was down across the board, with the auto sector seeing a particular slump, declining to its worst point since 2009, during the worst days of the Great Recession.

The German Federal Statistics Office lowered its full-year forecast to 0.5%, making the EU’s largest economy its new sick man of Europe. Even though analysts expected the gloomy numbers, investors sold on the news. The major European exchange sank, with Germany’s DAX down nearly 0.5% in early trading, before recovering somewhat. The 10-year government bond sunk to a record low, further into negative territory, at –0.624%.

The euro, however, held firm in early trading. Germany’s economic performance is usually the bellweather for the health of the eurozone, and its GDP numbers offer up a good indicator for how the bloc will manage fiscal policy in the months ahead.

It’s now largely expected that the European Central Bank will have to get more creative at its September meeting, introducing new stimulus measures to keep the bloc from sliding into a recession. On the cards could be a fresh round of interest-rate cuts and/or bond purchases in what would be the last meeting helmed by outgoing ECB chief Mario Draghi.

Any such move by the ECB would likely put further pressure on the euro, a move that could put Europe further in the Trump Administration’s dog house. Washington has been complaining for months that its biggest trading partners are actively engaged in currency manipulation tactics to try to goose exports at the expense of America’s trade balance.

At least some of the euro’s weakness, though, can be blamed on local politics. Italy, the euro zone’s No. 3 economy, is facing a crisis that could sink the government and set markets further on edge. The country’s fractious coalition partners are heading for a rocky split, and that too has shaken Europe’s bond market and squeezed the euro. Next week there should be some clarity in Rome about whether the country is heading for snap elections.

Europe’s economic fortunes could get much worse should Matteo Salvini’s far-right nationalist League party, already leading in the Italian polls, claim top spot in new elections. Salvini is a longtime euro- and EU-skeptic who wants to defy Brussels by cutting taxes and boosting spending, a move that would almost certainly add to the country’s staggering debt pile of more than 130% of GDP.

In thrifty Germany, the problem has long been the opposite—not enough stimulus spending. That too though has changed though. The latest economic figures show that German household and government spending were among the few bright spots in the quarter. The usually reliable trade data though dragged on results. “The development of foreign trade slowed down economic growth because exports recorded a stronger quarter-on-quarter decrease than imports,” the statistics office said in a statement.

—This recession indicator is going off—but don’t use it to time the market
—The death of trading: Why more big banks think the business is a losing bet
—Business confidence is plummeting because of a “chaotic” environment
—How are big banks doing when it comes to diversity? Congress isn’t impressed
—‘Negative’ interest rates used to be unthinkable in the U.S.—not anymore
Don’t miss the daily Term Sheet, Fortune‘s newsletter on deals and dealmakers.