Amazon and India’s No. 2 Retailer Are Close to a Deal 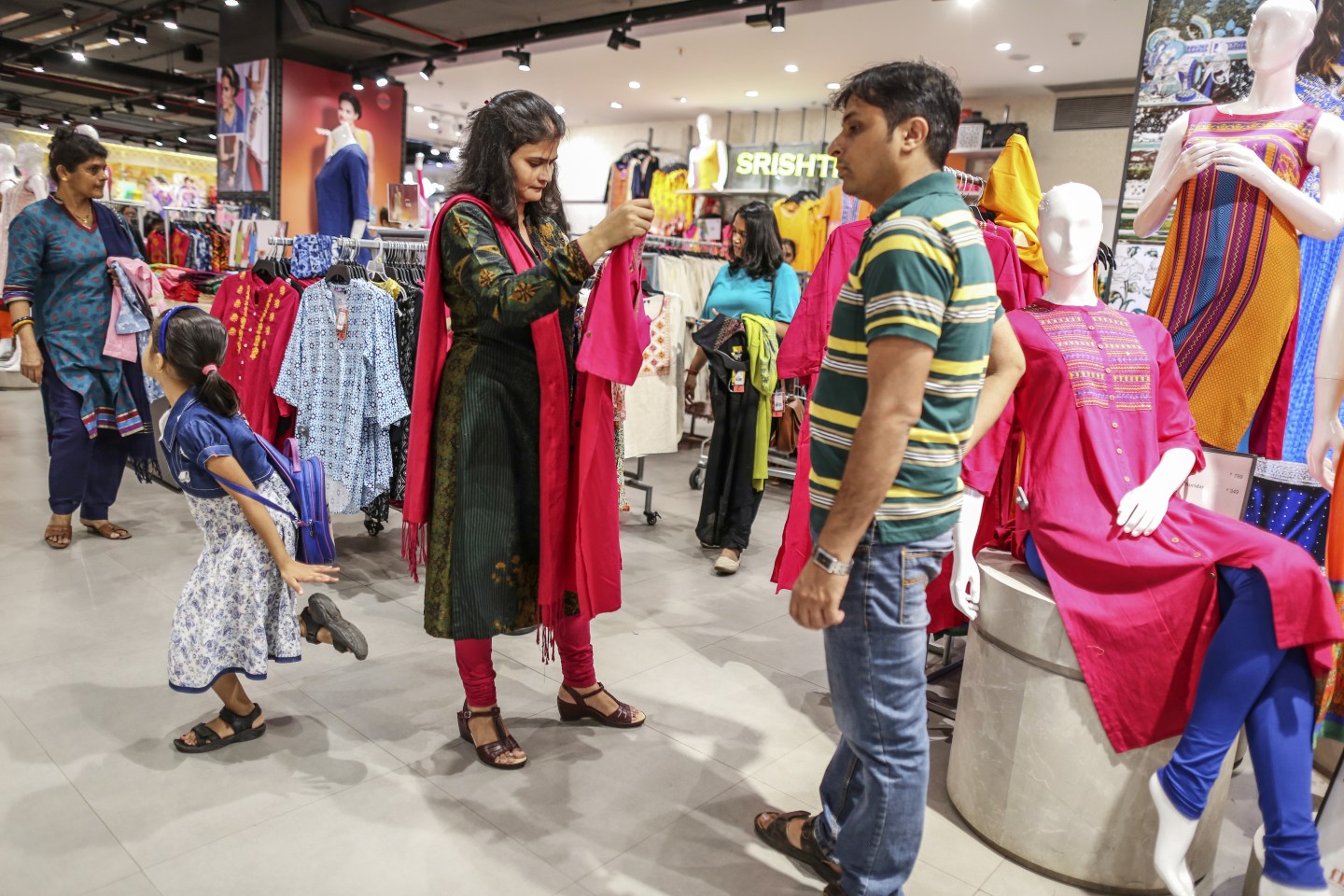 Amazon.com Inc. is in late-stage talks to acquire as much as 10% of India’s Future Retail Ltd., as the U.S. company moves to bolster its store presence in the grocery and fashion realms in one of the fastest-growing retail markets.

India’s No. 2 retailer by turnover, Future is seeking a valuation of about 20 billion rupees ($281 million) from Amazon for the stake, according to people familiar with the negotiations, who asked not to be identified, as the discussions are private. The sale is likely to be routed through a holding company, they said, and will give Amazon the option to buy more shares from Kishore Biyani, Future Retail’s founder and chairman.

The deal with the Mumbai-based company, which operates its flagship Big Bazaar grocery store chain, will give Amazon more exposure to the grocery business after it bought Whole Foods Market Inc. for $13.7 billion in 2017, securing a foothold in the U.S. food retailing segment. The proposed investment in Future Retail offers some parallels, enabling Amazon to tap into India’s rising demand for household products and home-delivered fresh produce and vegetables.

Discussions are yet to be finalized, and the deal could still falter or be delayed. Representatives for parent company Future Group and Amazon in India said they don’t comment on market speculation.

The potential deal underlines the American online giant’s ambitions to dominate the last sizable market yet to be conquered by large networks of hypermarkets and supermarkets, after losing ground in China.

It’ll also give the Jeff Bezos-controlled firm an edge over rival Walmart Inc. and the planned e-commerce venture of Mukesh Ambani, Asia’s richest man, to combine the chain’s online and offline retail formats in India. Walmart, which spent $16 billion last year to acquire Indian e-tailer Flipkart Online Services Pvt. Ltd., has a local unit that is allowed to sell goods to smaller grocery stores but not directly to consumers.

Amazon in the past couple years has been acquiring tiny stakes in other Indian brick-and-mortar chains such as Shoppers Stop Ltd. and a grocery chain from the Aditya Birla Group.

That’s on top of directly plowing in $5.5 billion into its own operations in a bid to grab a bigger slice of India’s modern retail market which, according to consultant Technopak Advisors, will more than double to $188 billion by 2023, up from $79 billion last year.

Discussions between the Seattle-based retailer and Future Group revived recently, said the people, after waning earlier this year when India tightened rules related to online retail, throwing Amazon and Walmart’s grand plans for the nation in disarray.

Earlier this year, 7-Eleven announced a partnership with Future Group to open convenience stores across the country.

Future Retail operates over 2,000 stores across 400 Indian cities, including Big Bazaar, designed to appeal to the value-conscious urban consumers who have traditionally shopped in India’s chaotic street markets.

More recently, it has been building out its network of small-format corner stores that seek to provide the same convenience of the traditional grocery stores, which dot every neighborhood in India. Future Retail is also expanding its affordable fashion wear chain under the fbb brand.

News of Amazon’s interest in Future Retail comes as the conic American jeweler Tiffany & Co. announced last week plans to open in India. Tiffany is partnering with Ambani—Walmart’s partner in the country—and his conglomerate Reliance Brands Limited, the retail division of his Reliance Industries Limited, to gain a foothold in the lucrative Indian market.