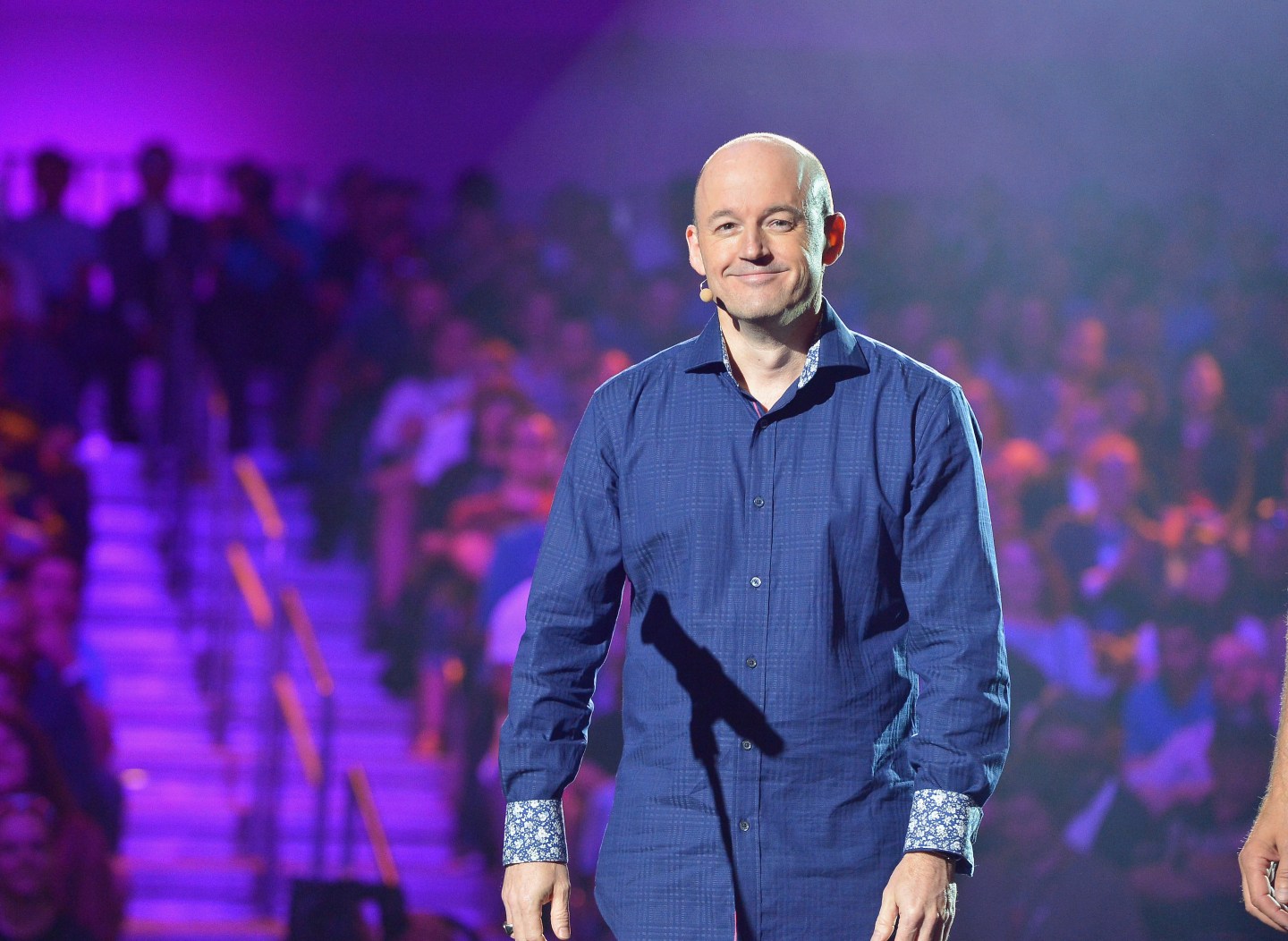 When word began trickling out last month that Tim Willits would be leaving id Software, the gaming world was shocked. Willits has been a critical part of the developer that created the Doom, Quake, Wolfenstein, and Rage franchises and has been a very public face of the studio.

While his departure was acknowledged, his destination wasn’t. But Fortune has confirmed that Willits has swapped out his studio director title at id (and parent company Bethesda Softworks) for that of Chief Creative Officer at Saber Interactive, an independent game maker best known for World War Z and NBA Playgrounds.

“Being with a studio for 24 years, it’s really hard to leave,” Willits tells Fortune. “It’s almost like a marriage, for lack of a better description…. [But] I saw how Saber, as a team, was starting to grow and expand and pick up teams and studios. It was a good time to move over.”

As CCO, Willits will help Saber shape its overarching creative vision, helping the company expand its existing player base and working with the studio’s 500-plus employees in five studios around the world to come up with new intellectual properties.

A multi-national studio with that many employees might not sound like most independent developers, but Willits says the work style is much the same as—and drastically different from—how things work at a large developer/publisher like Bethesda or Activision.

There was an appeal in returning to that sort of environment for him. Until 10 years ago, id was an independent development studio that was able to chase impulses and pivot quickly. The company (and Willits) worked with Saber on Quake Champions years ago, and he says he was impressed with their operation.

“The agility of small teams and the opportunity to get stuff done quickly can’t be overstated,” says Willits. “I’m not saying anything bad about Bethesda—I love them—but smaller teams are exciting and fun. When someone has a good idea, we jump on it. If it doesn’t work out, we change it quick.”

Saber’s looking to keep that design philosophy, but it’s not planning to stay stagnant. Willits says the company is actively looking for new teams and studios in which to invest.

Saber Interactive got its start in 2001 when Matt Karch and Andrey Iones bonded over a shared love of games and the fact that they both spoke Russian. The company is based in New Jersey (though Willits will remain in Texas) and has studios in St. Petersburg, Russia; Madrid, Spain; Belarus; Sweden; and Liverpool, U.K.

Saber has gotten a lot of attention lately for World War Z, which sold nearly 2 million copies in its first month. That’s a third-party action game, which would seem to be in Willits’ wheelhouse. But NBA Playgrounds, another Saber title, has a strong following among sports game fans and isn’t something he has worked on before. The chance to explore new genres, he says, was another lure of the new job.

“I sat down with my kid, who’s 15, and said we need to play this game,” he says. “And I said ‘why is this fun? what do you see in this?’ because he loved it. It’s really exciting to try something new.”

Willits notes that there are other sports where Saber is investigating taking the Playgrounds franchise already.

Coming from a company that literally invented the first person shooter might not seem to lend itself to sports games—or other genres Saber might explore in the future. But Willits says his experiences in creating those sorts of games can be invaluable in amping up the fun factor of titles in other genres.

“It comes down to the attention to precise detail,” he says. “In a Quake or Doom game, everything has to be perfect—every microsecond. The games I’ve made in the past, they’re not the easiest games to play, but I’ve learned a lot on how to bring people in. And I do think there’s a lot of crossover. Even in World War Z, a lot of the mechanics are similar, but I do really believe I can bring some of that intensity and action into new genres.”

While there’s plenty he’s excited about, Willits acknowledges the decision to leave id was a hard one. He’s irrevocably tied to the company’s legacy. Ultimately, he says, the move to Saber came down to him deciding what he would enjoy most.

“At my age, you’ve got to work with people you like,” he says. “You’ve got to work on fun stuff. I don’t have anything to prove. I’ve been successful. I’ve made good games. … At the end of the day, I’m literally going to travel around the world to cool as places to work with awesome teams and make video games. Why would I pass this up?”

—Boeing adds a second flight control computer to the 737 Max