California to Give Health Coverage to Some Undocumented Immigrants. Here’s How It Will Be Funded 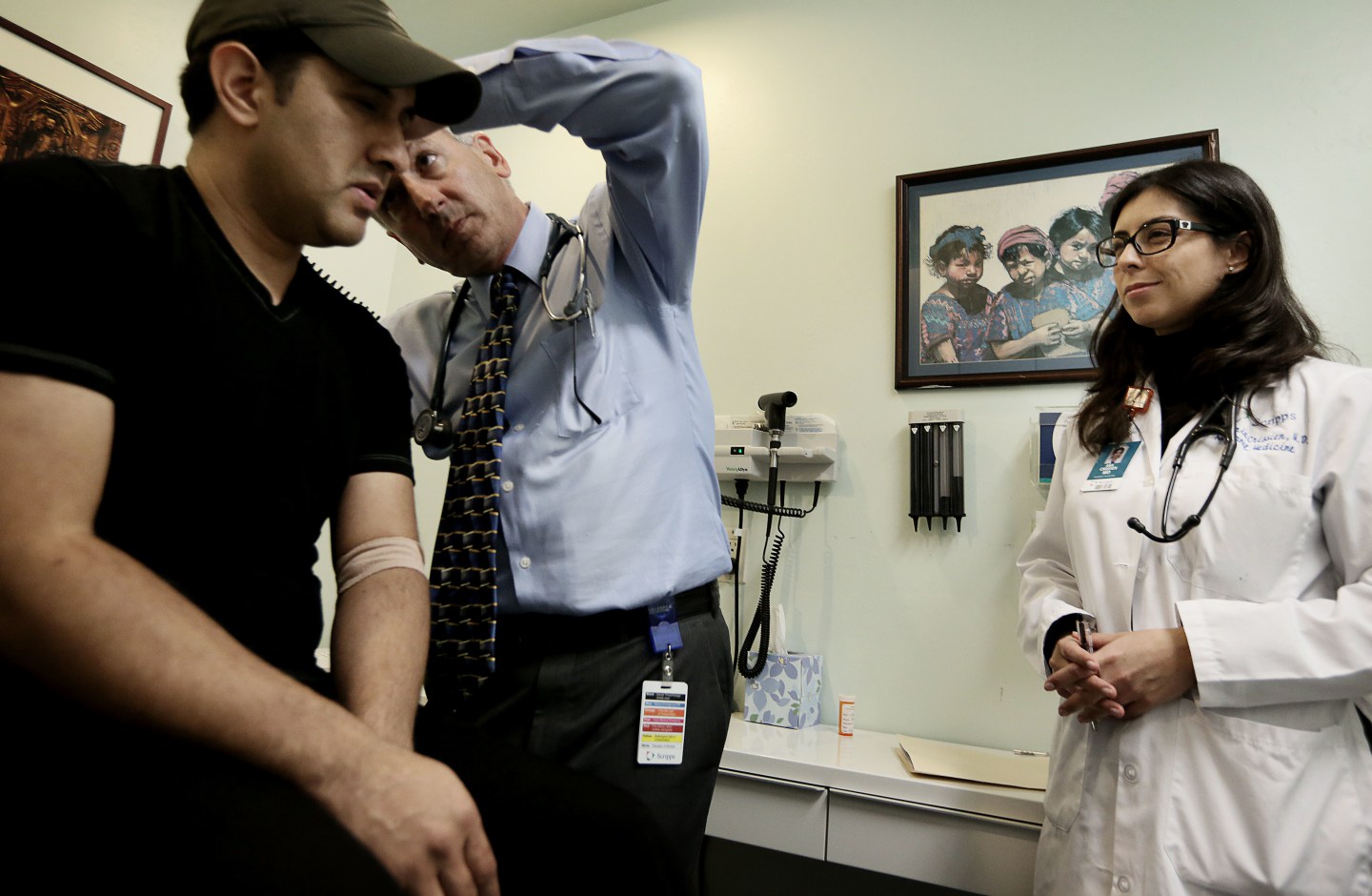 Dr. Joel Diamant checks on a hispanic patient during a visit to a free clinic at St. Leo's Mission in Solana Beach on Wednesday, January 30, 2013. The clinic provides free routine medical care to patients without health insurance including many undocumented migrants from Mexico who live in the area.

On the second night of the first round of Democratic presidential debates, all 10 candidates said they would support providing health insurance to undocumented migrants living in the U.S. Now, California is the first state to actually take steps to do just that.

Gov. Gavin Newsom signed a bill into law this week that will offer taxpayer-supported healthcare to low-income, undocumented adults between the ages of 19 and 25.

This bill will extend coverage to around 90,000 adults whose income is low enough to be eligible to access the state’s Medicaid program. With coverage expected to take effect starting next year, the rule is estimated to cost taxpayers approximately $98 million. It will be funded by restoring a state version of the individual mandate, which was eliminated nationally with the passage of the Republican tax bill in 2017.

California already provides coverage for all children under the age of 18 regardless of immigration status. Illinois, Massachusetts, New York, Washington, and Washington, D.C., do as well, but no other state has gone this far. Washington tried and failed to pass a similar law this year.

In most states across the country, those living illegally are only eligible for federal coverage in the case of medical emergencies or pregnancies. The bill will begin to address an acute problem: nearly half of undocumented immigrants living in the U.S. don’t have health insurance and are not eligible for federal programs like Medicare and Medicaid—despite paying the taxes that help fund them.

This policy also reflects the composition of the state: California has more immigrants than any other state in the nation—an estimated 14% of whom are living there without legal status, according to the Public Policy Institute of California.

Trump, for his part, called the law “crazy” last week. While he added that “we’re going to stop it,” Newsom reportedly plans to further expand coverage to more undocumented adults in the coming years.