IT Crowding: How Companies Are Managing the Increasing Demands on Tech Support 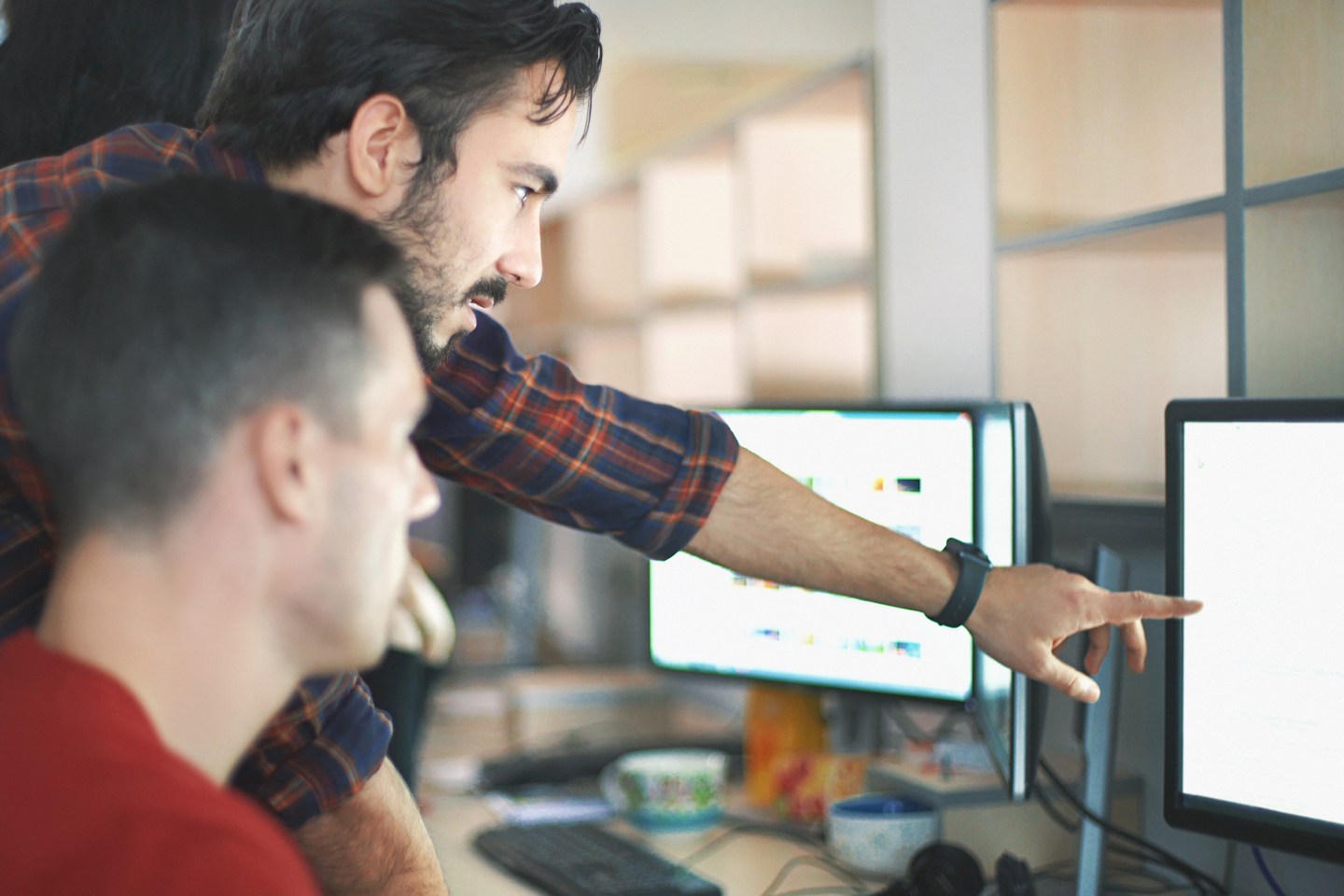 Closeup side view of group of mid 30's web designers working on a project. They are gathered around desktop computer and discussing a project. One of the guys is explaining something and pointing at computer screen. There are two men in focus and some blurry coworkers in background. gilaxia—getty images
gilaxia—Getty Images

Today, virtually every company is a technology company, at least in part. Whether businesses are facing a major new marketing push, location expansion, or equipment upgrade, smooth collaboration between various departments and the information technology (IT) team is essential.

A recent survey from Chicago-based business consultancy West Monroe Partners found that more than half (53%) of respondents said they’re working more with their IT teams, and 43% of those respondents said they had collaboration-based problems doing so. From poor written and verbal communication to lack of teamwork, these issues were a drag on key areas, such as productivity and morale. Specifically, 71% reported delayed or prolonged projects, 43% had a lower quality of work, and 33% missed deadlines, the survey says.

“The big challenge facing companies is in today’s increasing digital world, [is that] you no longer have business and technology strategy. You really have the two of those coming together, where the technology and innovation are influencing the business strategy and vice versa,” says Greg Layok, managing director of West Monroe Partners. If these two factions are embroiled in passive-aggressive email exchanges and misunderstandings that cost time and money, your company’s ability to adapt and respond to market pressures and opportunities is at stake.

The problems originate with the legacy relationship IT has had with the rest of the company, says Christopher McFarlane, agile project manager and coach with Walmart Canada in Ontario, Canada. “Usually you turn to IT when you have an issue or you need laptops with hardware set up or something like that. It’s usually a ticketing system, so we need this done, we go and get it done, and then we’ll check on you when it’s complete,” he adds.

But in today’s business world, so many functions have a digital component. Departments are increasingly relying on the IT team’s support to get their work done, which means organizations need to think about IT differently. Technology-focused employees need to work alongside other teams, so each can get a better understanding of each other, says Zlatko Vucetic, CEO of FocusVision, a digital market research consultancy based in New York City.

Recent research by FocusVision and Forrester found that many brands lack customer understanding because of the siloed structures of IT, marketing, and research departments. The disconnection between these departments means that they don’t have a grasp of what data matters most in forming strategies related to marketing, customer service, and product development, to name a few.

Shifting the relationship is a multi-faceted challenge that requires a number of key changes. First, leadership must work on fostering empathy between technology and other departments, says Tim Wenhold, chief information officer (CIO) of Power Home Remodeling, a 2,600-employee home remodeling company based in Chester, Pennsylvania with an 80-person IT staff to service them. Several years ago, Power had a “typical” IT department—computers on desks, servers in the server room, and a team of technicians to service all of it.

So Power changed the name of the IT department to the “business technology” (or BT) department, and began to cross-train teams and departments so they understood the requirements and demands of each other’s jobs.

For example, after an HR platform vendor went bankrupt and Power’s HR department lost a resource managing nearly 3,000 resumes received weekly. Working closely with the company’s director of talent acquisition to get another system up and running, Power paired with the new BT department to build Nitro, a proprietary technology platform that supports sales and marketing, accounting, human resources (HR), internal communications, and other areas. Nitro uses agile development processes that involve the business units depending on each offering. Power says building the platform was only possible because the company already had experience with successful cross-functional integration.

At Walmart, McFarlane heads agile project management scrum teams to address many of the cross-functional issues that arise between IT and business teams. Projects are broken into smaller increments based on common understanding. Teams work quickly and iteratively, completing a certain amount of work on a project in a period of time. Then, regular check-ins identify issues, improvements, or new directions, educating the team members along the way and leaving little room for misunderstanding. “As you do the same sort of co-collaboration from start to finish, you can really try and bring those two entities or [two stakeholders] together,” he says.

Another area of opportunity is soft-skills training, Layok says. Many of the problem areas the West Monroe survey uncovered could be improved with better communication and collaboration skills. The lack of skills led to delays and other disruptions. Human resources and IT leaders are starting to see the importance of written and verbal communication and the ability to work well with others, testing for such skills in the hiring process and developing them within their employee base, he says. But, there’s still a long way to go—just half of these leaders are working on soft skills development with their teams, he says.

By breaking down the walls and skill deficiencies that separate IT teams from the business functions they support, companies can improve their performance on many fronts. In addition, team members that work well together and understand each other are more likely to remain engaged and be enthusiastic about the outcomes that have an impact on the entire business, Wenhold says.