When Putin Met the Pope 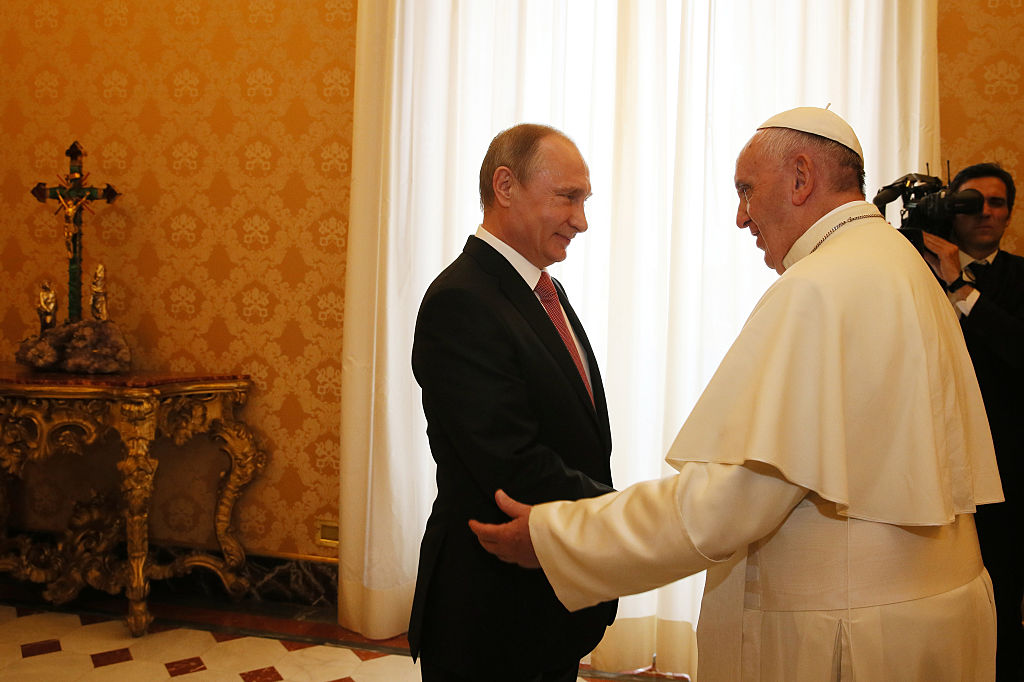 President Vladimir Putin met Pope Francis in the Vatican on Thursday, amid signs of closer ties between the Kremlin and the Roman Catholic Church.

The meeting came a day before the Pope is due to hold talks in Rome with leaders of Ukraine’s Greek-Catholic Church to discuss the conflict in that country. The Ukrainian Orthodox Church last year formally split from the Russian Orthodox Church amid tensions between Kiev and Moscow over the war in eastern Ukraine.

The Pope and Putin “expressed their satisfaction” at how ties are developing, the Vatican said in a website statement. They discussed the role of the Catholic Church in Russia as well as ecological issues and international affairs including the situation in Syria, Ukraine and Venezuela, according to the statement.

The meeting is the third between the two leaders, with the last one held in 2015. The head of 1.2 billion Catholics also had an historic encounter with Patriarch Kirill, leader of the Russian Orthodox Church, in Cuba in 2016. Putin will also meet Italian leaders including Prime Minister Giuseppe Conte during his one-day visit to Rome.

Ties have been strained for centuries between the Vatican and the Russian Orthodox Church since the Great Schism of 1054 that split eastern and western Christianity over theological differences. The Russian Orthodox Church accused Catholics of trying to win converts following the 1991 break-up of the Soviet Union, preventing John Paul II from fulfilling his long-held wish to travel to Russia.

Until the Cuba meeting, the head of the Russian Church had never met with the Roman pontiff because of doctrinal differences as well as arguments over the leadership of Ukrainian Christians.

Kremlin foreign policy aide Yuri Ushakov said on Wednesday that Putin has no plans yet to invite Francis to make a visit to Russia, and that the question should be considered together with the patriarch.