Slack Goes Public: What We Learned From Its Direct Listing Debut 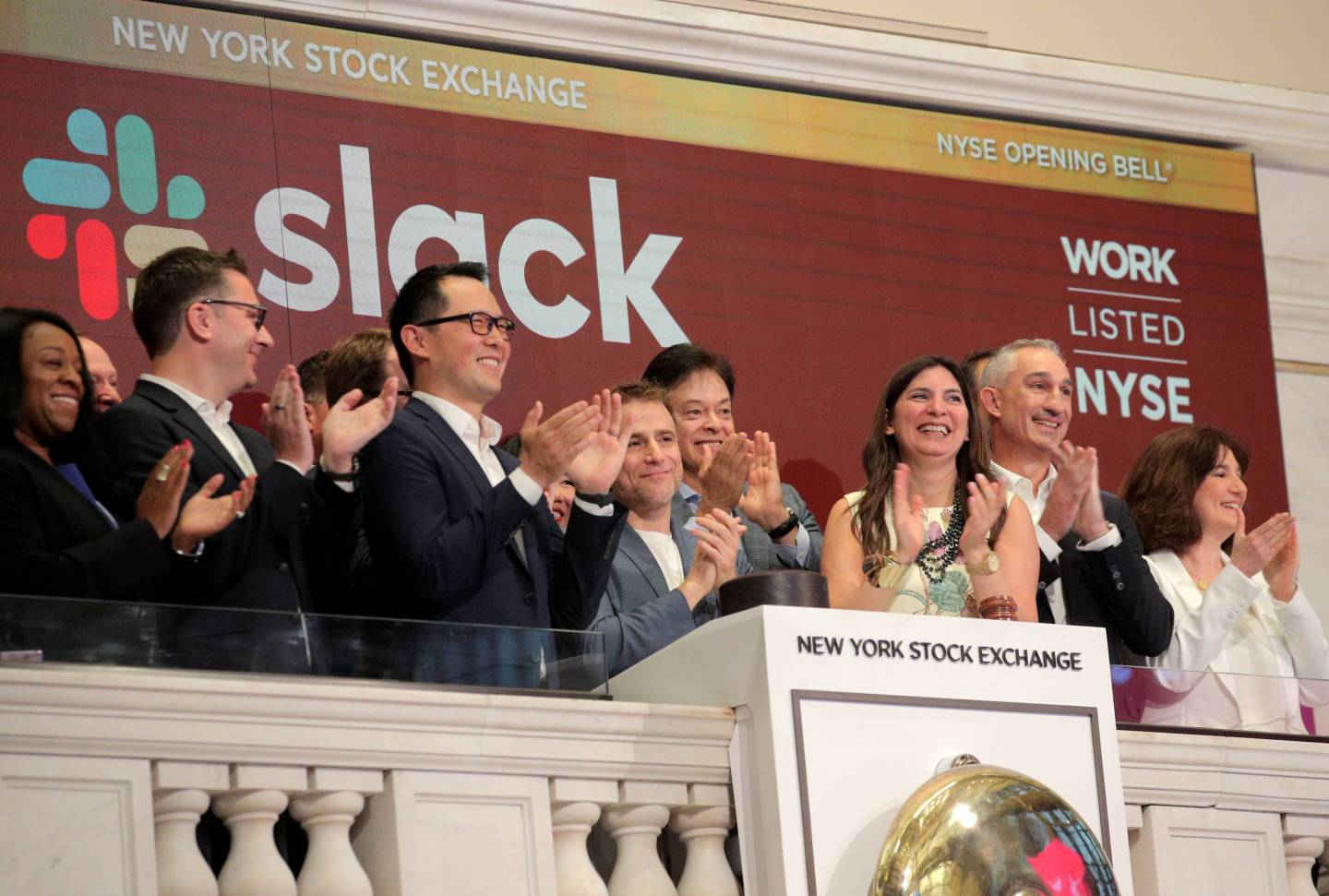 Huddled on the NYSE trading floor, members of the press, investors and market makers alike hurried up and waited for Slack to begin trading on Thursday. The company’s iconic message “ping” signaled it was time for Slack founder and CEO Stewart Butterfield to ring the bell. Opening at $38.50 per share, Slack stock (under the ticker “WORK”) traded up over 57% and remained in the $40s during intraday trading on its first day as a public company. The stock closed over $38.

But Slack didn’t IPO—the company opted for the less-common direct listing. Here’s what we learned from Slack’s trading debut.

According to Joe Mecane, head of execution services at Citadel Securities (which managed Slack’s debut), his firm had expected some 10 to 15 million shares to begin trading—representing about 5% of Slack’s roughly 200 million shares eligible for trading. And while typical IPOs have 10% of their shares outstanding available as a benchmark to begin trading, according to Mecane, the roughly 40 million shares Slack opened with was far above that percentage. That, says Mecane, was “unexpectedly strong.”

The strong volume and steady trading flow throughout the day suggest investors were feeling bullish. Mecane reports that, “buyers were very strongly interested at a high price point” from the open, and there were ample sellers to match. “I think the fact that it’s trading fairly strongly … for most if not all of the day … is just a good sign for the strength of the debut,” Mecane said.

Unlike a typical IPO, the supply and demand dynamics for a direct listing is a bit different—a potential cause for concern to market makers like Citadel Securities. In fact, “you can end up in a situation where you have buyers showing up, but you’re not quite sure whether or not the supply is in the market,” Mecane said on Wednesday at Fortune‘s Brainstorm Finance conference in Montauk, N.Y.

But it seems as though these direct listing-specific worries were laid to rest. “Maybe the most surprising thing has been how steady it’s been since it opened,” Deloitte & Touche Partner Barrett Daniels said. Daniels characterized the stock’s “amazingly flat” performance as a good sign for the company.

“Today went very well for them and I wouldn’t be surprised if there are a couple of other companies that are watching this closely,” Daniels says. In fact, according to Mecane, there has already been a little bit of outreach to Citadel Securities from companies considering direct listings. Cal Henderson, Slack’s cofounder and CTO, told CNN Business on Thursday that the non-traditional path to going public appealed because “we didn’t have a need to raise capital. That was the biggest driver.”

Analysts, however, aren’t convinced such direct listings will replace traditional IPOs. “I never think we’re going to see a ton of these, I still think that there is a very limited population of companies that can do this,” Daniels said. “But if they were looking for a sign that this works, then they got it today.”

Enterprise software companies, in particular, are sure to be encouraged by today’s results.

“It really just shows that the IPO window for enterprise software is very much open right now,” Rishi Jaluria, senior vice president and senior research analyst at D.A. Davidson, said. “I would expect many more of these software IPOs by year’s end.”

As for Citadel Securities?

Mecane reports that they are, “big Slack users as an organization,” and conducted planning sessions for the company’s listing over—you guessed it—Slack.

—Slack is going public without an IPO. Here’s how a direct offering works