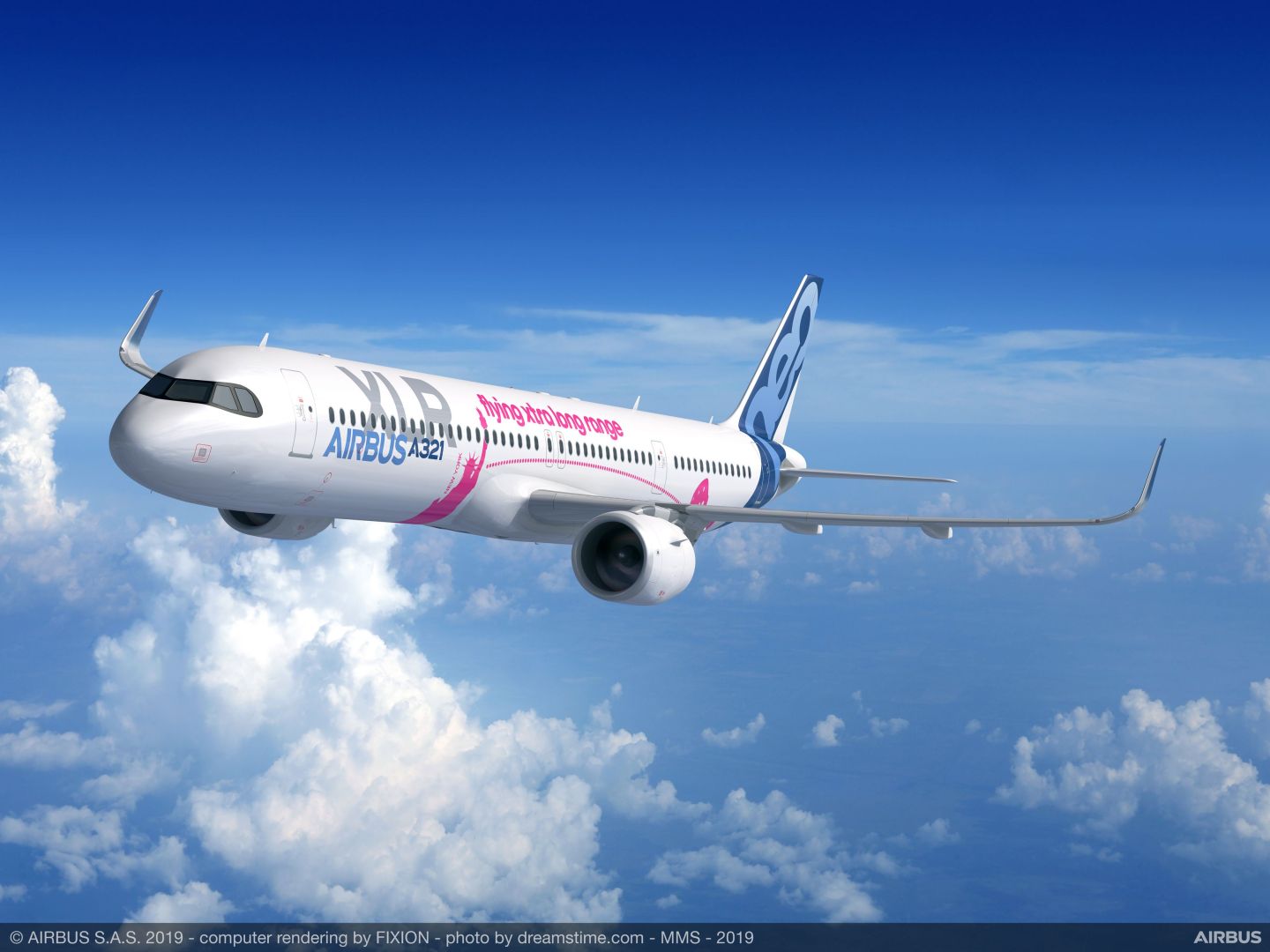 Airbus SE won its first order for a new longer range model, the A321XLR, and pressed its advantage over rival Boeing Co., which is still trying to get its most-popular narrow-body back into the skies after two fatal crashes.

The European manufacturer gave details about the A321XLR on the first day of the Paris Air Show on Monday and said Air Lease Corp. ordered 27 as part of a larger 100-plane contract worth $11 billion at list prices, confirming an earlier report by Bloomberg. The A321XLR could fly on trans-Atlantic routes and has a range of 4,700 nautical miles.

With the A321XLR—for “extra long range”— Airbus has succeeded in beating Boeing to market with a new offering for middle-distance routes, such as between central Europe and the U.S. heartland. Boeing has been weighing a $15 billion investment in a jet it calls the new midmarket airplane, or NMA. But the U.S. planemaker has put those plans on the back burner until the 737 Max, which was grounded after crashes in Indonesia and Ethiopia, gets the green light from regulators to fly again.

JetBlue Airways Corp. and Norwegian Air Shuttle ASA, regarded as likely buyers for the XLR, on Friday urged Boeing to go ahead with the NMA that—with a planned range of 5,000 nautical miles—they say will have capabilities the European plane can’t match. The 240-seat XLR is a variant of Airbus’s best-selling A320neo family and will fly 15% further than the existing LR model, aided by extra fuel capacity that will increase its maximum takeoff weight to 101 metric tonnes. By moving first, Airbus has put pressure on Boeing to respond or risk handing over a large chunk of a segment it once controlled with its 757 and 767 planes.

The NMA, which would seat up to 270 people, could begin service around 2025, Boeing Chief Executive Officer Dennis Muilenburg said in a Bloomberg TV interview.

Air Lease’s decision to buy A220s provides that model with a seal of approval from one of the world’s most closely watched jet purchasers. Steven Udvar-Hazy, Air Lease’s founder and chairman, has been nicknamed the “godfather’’ of aircraft leasing for his role in founding the industry.