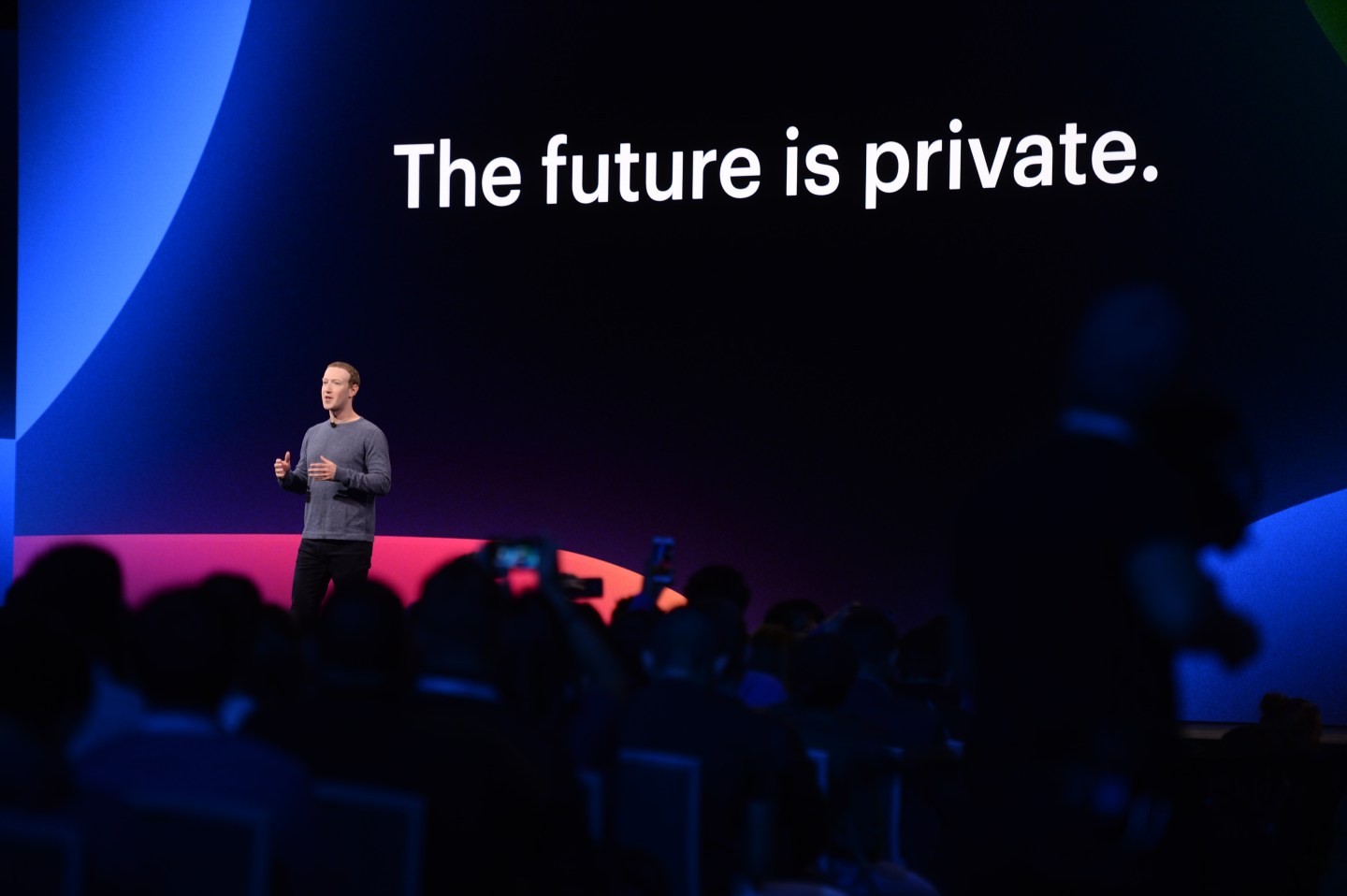 Well, here’s a financing you don’t see every day.

Visa, Uber, Mastercard, PayPal and Stripe will invest approximately $10 million each in a consortium to back Facebook’s new cryptocurrency, according to The Wall Street Journal.

Although the project is still largely under wraps, Facebook has been recruiting high-profile backers to help start a crypto-based payments system called Libra. Libra is rumored to be a “stablecoin” whose value will be pegged to a basket of government-issued currencies to avoid the volatility of other cryptocurrencies. Facebook is reportedly seeking to raise up to $1 billion to fund the effort.

The idea is to create a cryptocurrency that consumers can use to send money to each other or make purchases on Facebook and across the Internet. (Remember, Facebook has nearly 2.4 billion monthly active users.) Some of the members of the consortium could serve as “nodes” along the system that verify transactions and maintain records of them, which would create a brand-new payments network.

Here are a few outstanding questions:

• Will Facebook slowly pivot its business from an ad-based model to a financial services model? This could have sweeping ramifications for the future of the tech giant and its shareholders.

• $10 million is not pocket change. We need to get better clarity on what these investors are getting in exchange. There are reports that each company that runs a node on Facebook’s platform will have full access to all transactional data. In other words, Visa, PayPal, and friends would also get access to some or all of Facebook users’ financial data.

• What will it mean for companies like Uber to participate in this project? How will that affect the ride-hailing company’s economics? It’s worth thinking about whether Uber starts using the coin within its ecosystem where riders and drivers exchange Libra coins rather than dollars. Does this change the unit economics of a ride because there would be little to none transaction fees?

• There have been no rumors yet of traditional venture capitalists backing Libra. Does this mean that running a node on the platform wouldn’t produce venture-scale returns?

We’ll hopefully know the answers to these questions once Facebook publishes its white paper on Libra this coming Tuesday.

A PET-FRIENDLY IPO: I still remember the chatter in the newsroom when we found out PetSmart paid $3.35 billion to buy online pet supplies retailer Chewy in 2017. It was the largest e-commerce acquisition in history. Now, it’s hitting Wall Street.

Chewy priced its initial public offering Thursday at $22 a share. That's above the expected range and values Chewy at $8.8 billion. The company will raise $1 billion from the stock sale and will trade on the New York Stock Exchange under the ticker symbol CHWY. Sales increased 68% last year to more than $3.5 billion, but the company is still losing money. It reported a net loss of $268 million in 2018, following a $338 million loss a year earlier.

MONZO IS COMING TO THE U.S: With nearly 2 million customers in the U.K., the rapidly growing banking unicorn Monzo announced plans to launch in the U.S. My colleague Lucinda reports:

It is adding about 200,000 customers a month, and raised 85 million pounds in its most recent round of funding. That puts its valuation north of 1 billion pounds, with investors including Accel, Thrive Capital, and General Catalyst. However reports suggest that Monzo may be raising more funding from a U.S. investor that could value the firm at about 2 billion pounds.

• Zava, a London-based digital healthcare and telemedicine provider, raised $32 million in Series A funding. HPE Growth led the round.

• Sense Photonics, a company building LiDAR and 3D sensor solutions for autonomous vehicles, industrial equipment and other applications, raised $26 million in Series A funding. Acadia Woods and Congruent Ventures co-led the round, and were joined by investors including Prelude Ventures, Samsung Ventures and Shell Ventures.

• VidMob, a full stack creative technology platform, raised $25 million in Series B funding. BuildGroup led the round, and was joined by investors including Acadia Woods, Herington LLC, Interlock Partners, Macanta Investments, LP’s of Manifest and You & Mr Jones.

• Apollo, a San Francisco-based startup that provides a number of developer and operator tools and services around the GraphQL query language, raised $22 million in funding. Andreessen Horowitz and Matrix Partners co-led the round, and were joined by investors including Trinity Ventures and Webb Investment Network.

• SURE, an insurance technology platform, raised $12.5 million in Series B funding. W. R. Berkley Corporation led the round.

• Kango, a company that provides ridesharing for kids, raised $3.6 million in Series A funding. National Express led the round.

• Willow Industries, a Denver-based developer of cannabis and hemp decontamination technology, raised $2 million in funding. AFI Capital Partners and Welcan Capital co-led the round, and were joined by investors including Halley Venture Partners and Flatiron Venture Partners.

• PetScreening.com, a screening platform that allows property managers to outsource their pet risk assessment and assistance animal validation processes, raised funding of an undisclosed amount. Grotech Ventures led the round, and was joined by investors including Camber Creek and Relevance Capital.

• BARBRI Inc, which is backed by Leeds Equity Partners LLC, acquired The Center for Legal Studies, a provider of online programs and training courses for paralegals and other legal support professionals. Financial terms weren't disclosed.

• Alibaba, the Chinese e-commerce heavyweight, has reportedly filed confidentially for an IPO in Hong Kong. It is said to have picked CICC and Credit Suisse to lead the offering, Bloomberg reports. Read more.

• Chewy, a Dania Beach, Fla.-based pet product ecommerce firm, now plans to raise $832 million in an IPO of 46.5 million shares (88% insider) priced above range at $22 apiece. The firm posted $3.5 billion in sales for the year ending January 2019 as well as loss of $269 million. PetSmart backs the firm. Allen & Company, J.P. Morgan, and Morgan Stanley are underwriters. It plans to list as “CHWY.” Read more.

• Change Healthcare, a healthcare tech firm, plans to raise $750 million in an offering of 41.9 million shares priced between $16 to $19. The firm posted revenue of $3.3 billion and income of $176.7 million in the year ending March 2019. McKesson, Blackstone, and Hellman & Friedman back the firm. Barclays, Goldman Sachs, and J.P. Morgan are underwriters. Read more.

• Morphic Holding, Waltham, Mass-based maker of oral small-molecule integrin therapeutics for various chronic diseases, plans to raise $75 million (40% from insiders) in an IPO of 5 million shares priced between $14 to $16 apiece. It posted revenue of $3.4 million in 2018 and loss of $23.8 million. • GlaxoSmithKline (9.8% pre-offering) and Pfizer (9.3%) back the firm. Jefferies, Cowen, BMO Capital Markets, and Wells Fargo Securities are underwriters. It plans to list on the Nasdaq as “MORF.” Read more.

• KKR agreed to sell KCF Technologies, a producer of copper foils and flexible copper clad laminates, to SKC, an affiliate of SK Group. The deal is valued at 1.19 trillion won ($1 billion).