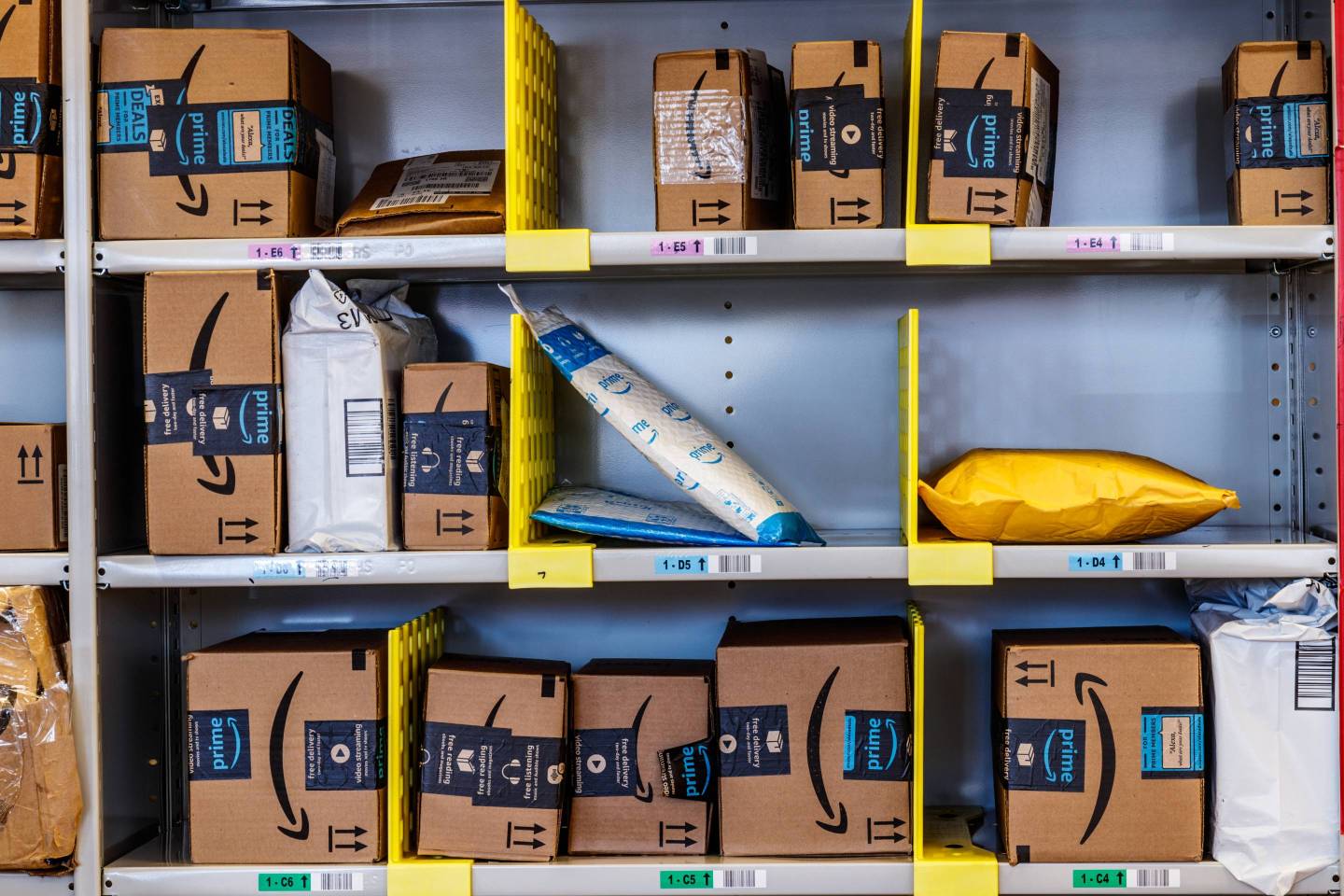 A closely watched researcher has cut its estimate of Amazon.com Inc.’s share of the U.S. e-commerce market after incorporating new figures from the company.

EMarketer Inc., among the most widely cited sources for estimates of U.S. online retail sales, says it now expects Amazon to account for 37.7% of online commerce this year, the Information reported Thursday, down from a prior estimate of 47%.

An Amazon spokesman said EMarketer reached out to the company’s analyst relations group after CEO Jeff Bezos disclosed that independent merchants accounted for 58% of gross merchandise sales on the retail site—the first time the company had made that metric public.

EMarketer’s revision comes as Amazon, along with Alphabet Inc.’s Google, Facebook Inc., and Apple Inc., face calls for an examination of their market power. Regulators in recent weeks divvied up antitrust oversight of the four companies, a sign to some observers that formal inquiries could be forthcoming.

In a veiled riposte to would-be trustbusters, Bezos disclosed the percentage of gross merchandise sales from merchants in a letter to shareholders in April. “Third-party sellers are kicking our first-party butt. Badly,” he wrote.

Estimating Amazon’s scale is difficult because it isn’t simply a retailer but also operates in an array of different markets, including devices, cloud computing, streaming services and more. Measuring its e-commerce market share is hard, too, because the company is both a traditional retailer and online consignment shop.

Amazon buys products wholesale and sells them directly to consumers like a typical retailer. For those transactions, Amazon reports the entire purchase price as revenue. But for transactions generated by third-party merchants, the company only records the fees and commissions it charges them.

EMarketer estimates market share based on consumer spending, not Amazon revenue, so all the money shoppers spend on Amazon is counted toward its market share.

EBay Inc. discloses the total amount of money shoppers spend on its marketplace, almost $90 billion in 2018. Amazon does not, so independent firms like EMarketer must estimate it.