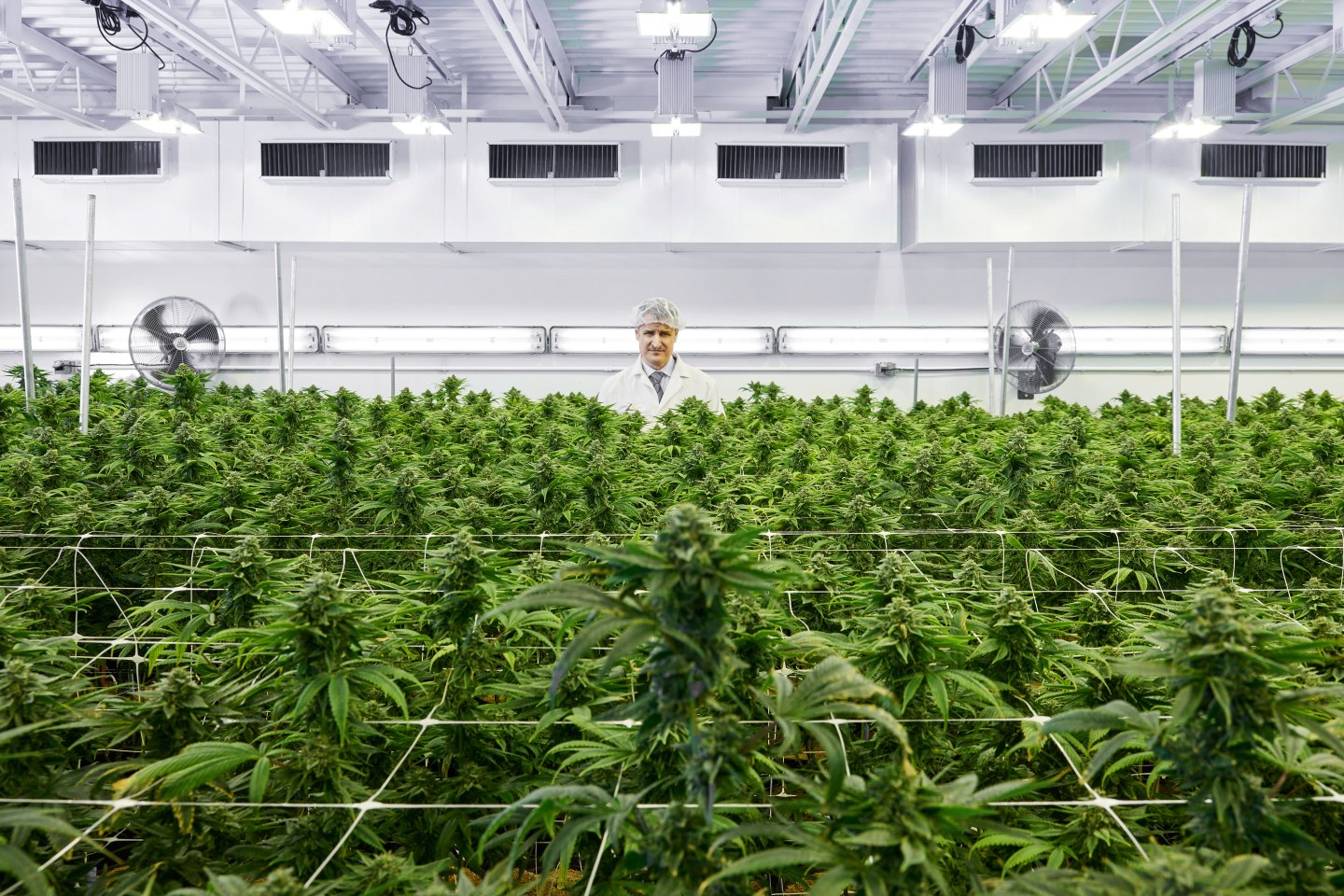 The deal would prevent Privateer from releasing their 75 million shares (some 77% of Tilray’s outstanding shares) to the public, and instead will allow the shares to be slowly unloaded to institutional and strategic investors as well as companies during the first year of the contract, at Tilray’s discretion.

For Tilray shareholders, the merger would prevent Tilray’s shares from flooding the market and potentially pushing its stock price down. “The transaction effectively flips the control of a stock sale from Privateer to TLRY, and provides TLRY increased ability to manage its public float,” Cowen analyst Vivien Azer told clients in a note on Monday. “In addition, the extended lock-up and conditions associated with the transactions reduces the risk associated with an excessive increase in TLRY’s public float.”

For Privateer investors, the deal means returns could get even higher.

The merger would allow investors to “maximize overall returns” in a “tax-efficient manner,” according to Michael Blue, Managing Partner of Privateer, in a press release. Still, Tilray’s stock has notoriously been a target for short-sellers. Many of these investors were optimistic for a short position if Privateer ended up unloading all 75 million shares. But with the merger, they may have to bide their time.

Although the stock’s price has plunged from highs in the $200 range last September to its current price around $40, investors were feeling bullish on the announcement, pushing the stock up some 11% on Monday as of market close.

Still, for others in the cannabis market, the merger signals a show of confidence in cannabis on the whole, as well as in Tilray.

“This isn’t just a pump and dump industry – a lot of people are saying the industry is, but there’s still a huge upside potential in all the markets,” Mark Krytiuk, President of Nabis Holdings, a Canadian investment company focused on the cannabis space, said.

“This transaction gives us more control over the public float and allows us to put it with long-term investors or strategic investors as opposed to just having these shares hit the market,” Tilray’s Chief Financial Officer Mark Castaneda told Bloomberg on Monday.

And to those like Krytiuk, Tilray’s merger shows a distinct strategy.

“It’s also aligning yourself with smart money that isn’t going to suddenly get a 15% to 20% return and then dump shares,” Krytiuk said. “It definitely shows the confidence Privateer has in Tilray and developing it into a long-term brand.”

Given the slew of big companies looking to get in on cannabis, Tilray’s move appears calculated. In fact, beverage powerhouse Anheuser-Busch InBev (AB InBev) – the makers of Budweiser – recently partnered with the Canadian cannabis company to research making beverages with tetrahydrocannabinol (THC) and cannabidiol (CBD).

By targeting strategic investors and companies to pick up their stock release, Tilray appears to be pushing for more deals involving beverage and drug heavy-hitters. “So if AB InBev wanted to make a large investment we now have a better way to handle that investment with primary and secondary shares, and there could likely be others like CPG companies or tobacco companies or pharmaceutical companies that invest directly into Tilray,” Castaneda told Bloomberg on Monday.

With the merger move, Tilray seems positioned to attract even bigger investors through strategic partners and large companies seeking to invest in the cannabis space. Krytiuk thinks investors will see a lot of “different multistate operators that are joining forces, and even institutions and investors.”

But while Tilray’s move seems largely targeted at institutional investors, Krytiuk believes there may be benefits even for individual investors.

“Compared to six months ago, the market right now is down so it helps boost people that are maybe nervous that are saying they got into Tilray early,” Krytiuk said. “It really emphasizes that the major shareholder is committed to Tilray and to a long-term place. It almost helps the retail and smaller investors because they’re seeing that if these big guys are willing to lock up their shares and believe in this company, maybe [they] should too.”

Still, the lock-up deal awaits shareholder approval from both Tilray and Privateer before the merger can be completed.

In other words, it’s not quite legal yet.