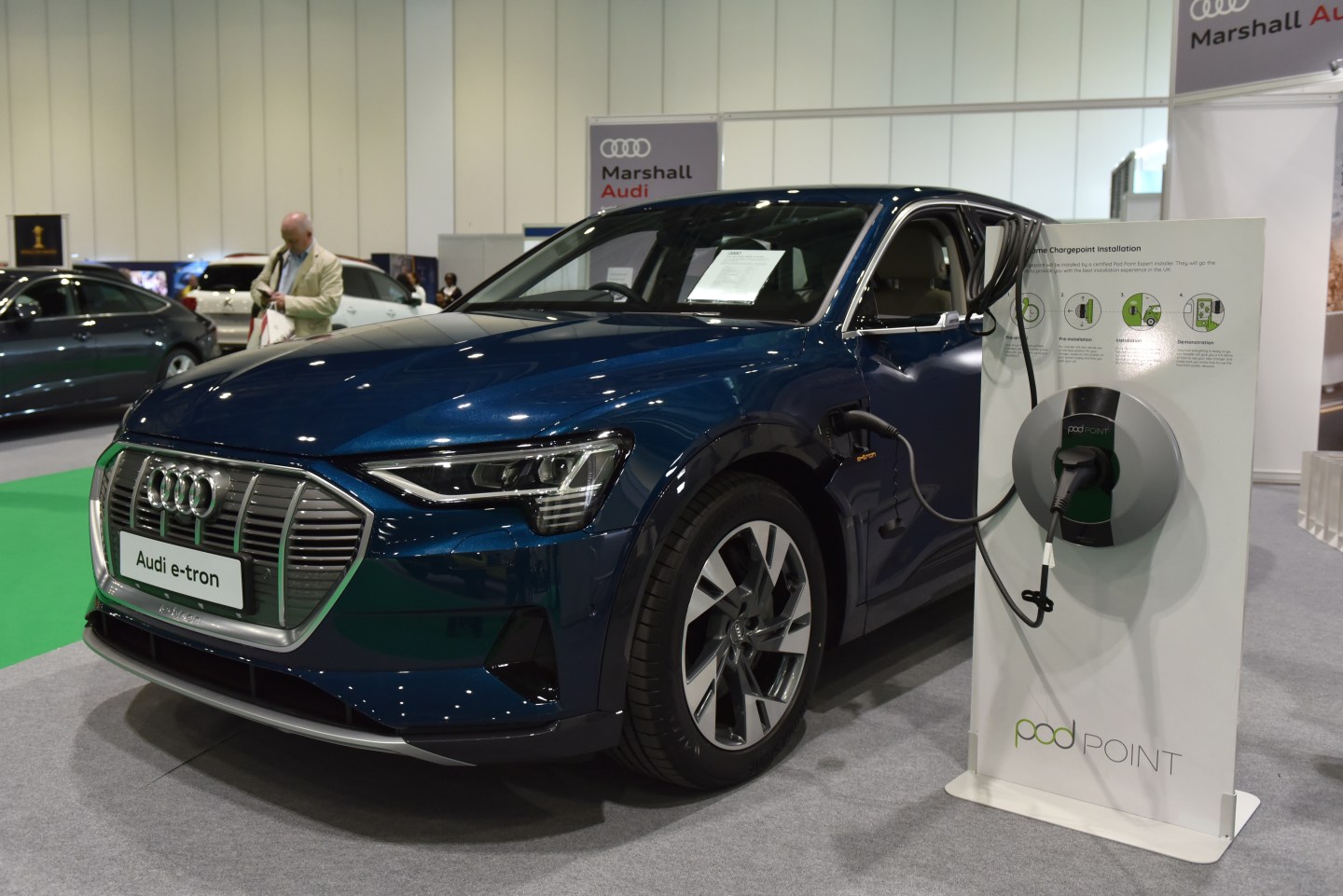 LONDON, ENGLAND - MAY 16: An Audi E-Tron electric SUV is displayed during the London Motor and Tech Show at ExCel on May 16, 2019 in London, England. The London Motor & Tech Show is the largest retail automotive and technology show in the UK. (Photo by John Keeble/Getty Images)
John Keeble—Getty Images

Volkswagen AG luxury brand Audi is recalling its first all-electric vehicle due to the risk of a battery fire.

The company issued a voluntary recall of approximately 540 E-Tron SUV models sold in the U.S. because of a risk that moisture can seep into the battery cell through a wiring harness glitch, spokesman Mark Dahncke said. The company isn’t aware of any fires or injuries because of the flaw, which affects a total of 1,644 models, he said.

The E-Tron, which went on sale in the U.S. in April, is Audi’s first fully-electric car and one in a wave of contenders from traditional automakers looking to challenge Tesla Inc.’s dominance of the segment. While electric vehicles are no more prone to accidents or fires than gasoline-powered cars — and might be less so, according the National Highway Traffic Safety Administration — the lithium-ion battery technology that powers them is still evolving, and there is no consensus on safe system design.

Audi said there have been five instances globally where a battery fault light turned on because of the moisture issue. It began contacting E-Tron owners in the U.S. last week, prior to a warning from federal safety regulators, and should have a repair available by August.

“We are applying an abundance of caution as no such incidents have been reported globally,” the company said in a statement.

Audi said it’s offering E-Tron owners loaner vehicles and an $800 cash card to cover gas or incidentals during the recall period, as well as free roadside assistance. There are still E-Trons unaffected by the recall available for sale, it said.

—Audi recalled 75,000 vehicles in March due to fire risk

—The Renault deal is dead, but Fiat Chrysler still desperately needs a partner