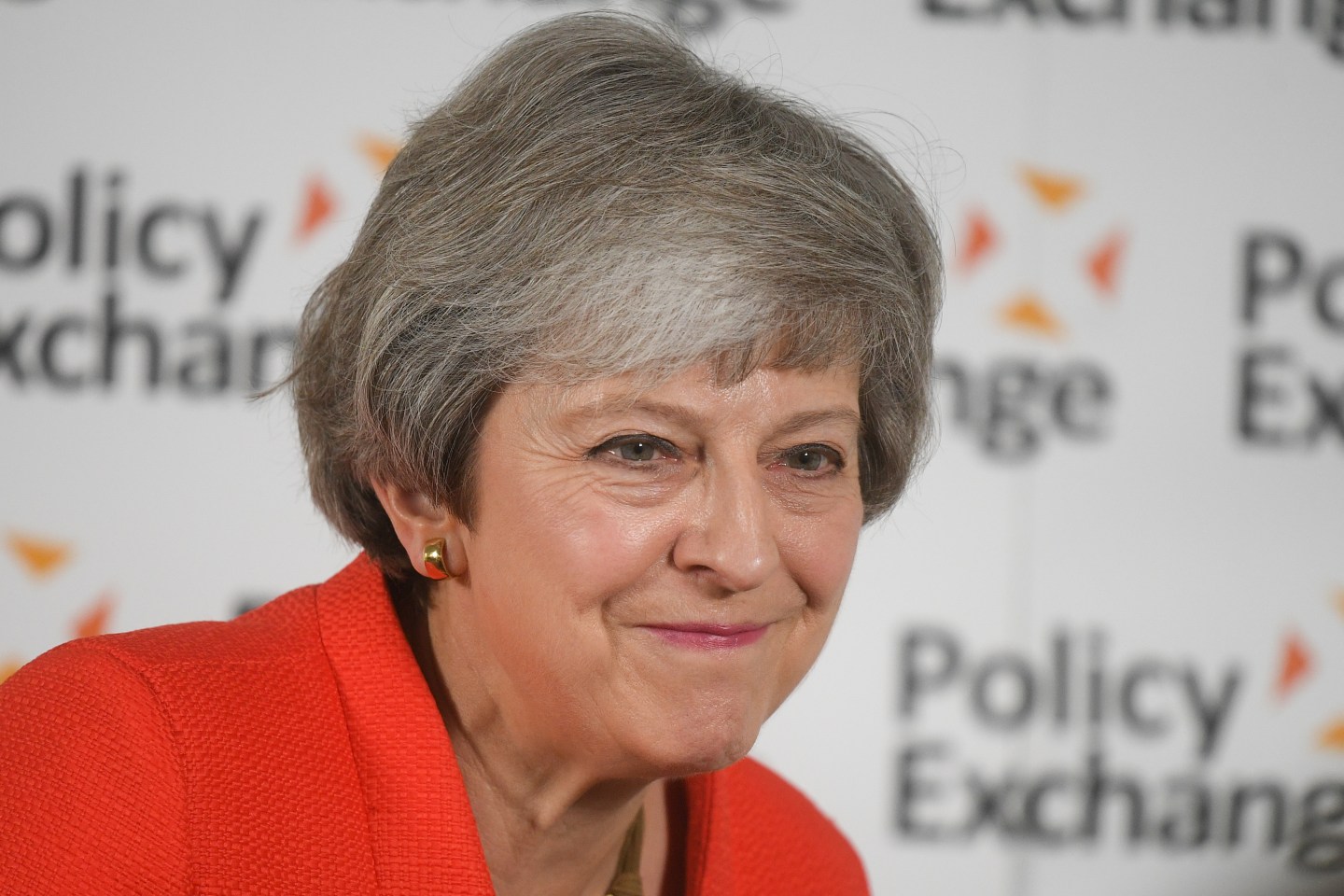 I sat in on a fascinating behind-closed-doors conversation yesterday, at the Fortune Most Powerful Women International Summit, with 25 women who sit on the boards of some of the largest companies in Europe. They had agreed in advance not to focus on Brexit, because the conversation on that topic has become so circular. But try as they might, they kept coming back to it, with general agreement that the prolonged uncertainty is having a serious impact on their businesses. In the end, though, they felt the U.K. would muddle through, and the crisis would pass.

But what won’t pass so easily are the social divisions that underlie the crisis, which are driving political dysfunction not only in the U.K., but also in the U.S., France and elsewhere. While I can’t quote any participants by name (the boardroom session is called “confidential” for a reason,) I can tell you that they agree that companies urgently have to address these issues. One of the board members talked about the danger they would lose their “license to operate”—by which she meant public support. Companies and boards can no longer focus primarily on just serving shareholders, without running the risk of fomenting social disruption that could cause them serious harm.

Can board members take the lead in pushing companies to directly address social problems? One director said probably not. The leadership needs to come from the CEO. But if it is not, it may be time to get a new CEO.

First up on the MPW main stage yesterday was Cressida Dick, commissioner of London’s Metropolitan Police Service, who stopped by our event before heading off to oversee security at the state dinner for Donald Trump at Buckingham Palace. I asked Dick about San Francisco’s decision to ban the use of facial recognition in law enforcement. Her response was animated: “Facial recognition—properly overseen, properly regulated, properly circumscribed—is probably something our public would want us to be doing. Live facial recognition can be very useful.” She added that “the bad guys are adopting new technologies very rapidly;” law enforcement needs to do the same.

The Nasdaq slipped into correction territory yesterday, courtesy of an antitrust-regulation-inspired tech-stock selloff. Alphabet fell 6.1%; Facebook 7.5%; Amazon 4.6%; and even Apple by 1%. The S&P 500 fell 0.3%. As for today, the trade war continues to weigh down markets: the Hang Seng fell 0.5% and the Shanghai Composite 1%. The Stoxx Europe 600 went into the green after an initial drop, though, and U.S. futures also look positive today. Financial Times

The fossil fuel giant Shell says it intends to give its investors returns of $125 billion from 2021-2025, in a move that seems designed to keep them sweet while it deals with the transition to renewables. Shell claims it can provide the returns while making only a small increase in capital spending. Bloomberg

The House managed to pass, by 354 votes to 58, a bipartisan disaster-aid package totaling $19.1 billion. President Trump has said he will sign the legislation, although it gives Puerto Rico a lot more money ($1.4 billion) than he wanted to give the U.S. territory. The cash will no doubt be welcomed by communities who have long been waiting for aid to help them recover from disasters such as Californian wildfires and hurricanes in the Southeast. Wall Street Journal

Demand for Huawei smartphones has "dropped off a cliff" in Europe, in one analyst's words. Consumers understandably fear that the devices will quickly become insecure or lose features, due to U.S. blacklisting of the Chinese telecommunications giant. All bad news for Huawei, which needs Europe and its relatively wealthy consumers to gain dominance of the global smartphone market—it's currently at No. 2, after Samsung. Bloomberg

Jay-Z is the world's first billionaire rapper, per Forbes, which says his wealth "conservatively totals $1 billion." The extent of that wealth is only partly due to his wildly successful music—it's really a product of his willingness to create, build and sell brands such as Rocawear, D'Ussé and Tidal. Forbes

The top legal advisor to the EU's top court has advised that Facebook can be ordered to seek out content that is identical to comments that have already been flagged up as illegal. The case involves an Austrian Green politician who was defamed on the social network. The advocate-general's opinion does not, however, say Facebook should be ordered to delete the content around the world, nor that it should have to find similar but not identical illegal comments coming from users other than the person who posted the original comment. Reuters

Mexican officials have warned that President Trump's threatened tariffs on Mexican goods, intended to force the country to stem illegal immigration to the U.S., could have the opposite effect. They also don't like the U.S. suggestion that Mexico should become a "safe third country" for Central American asylum seekers coming up from the south. Trump intends to begin the tariffs next week at 5%, increasing them by the same increment each month. BBC

Outgoing British Prime Minister Theresa May delayed her departure to receive President Trump on his state visit this week, but perhaps she did so in order to give him a deeply passive-aggressive gift: Winston Churchill's draft of the Atlantic Charter of 1941. The document is historic and impressive—and it contains principles that were the seeds of the United Nations and the GATT agreement on removing international trade barriers. Politico