7 Books in Business and Journalism You Should Read This Summer 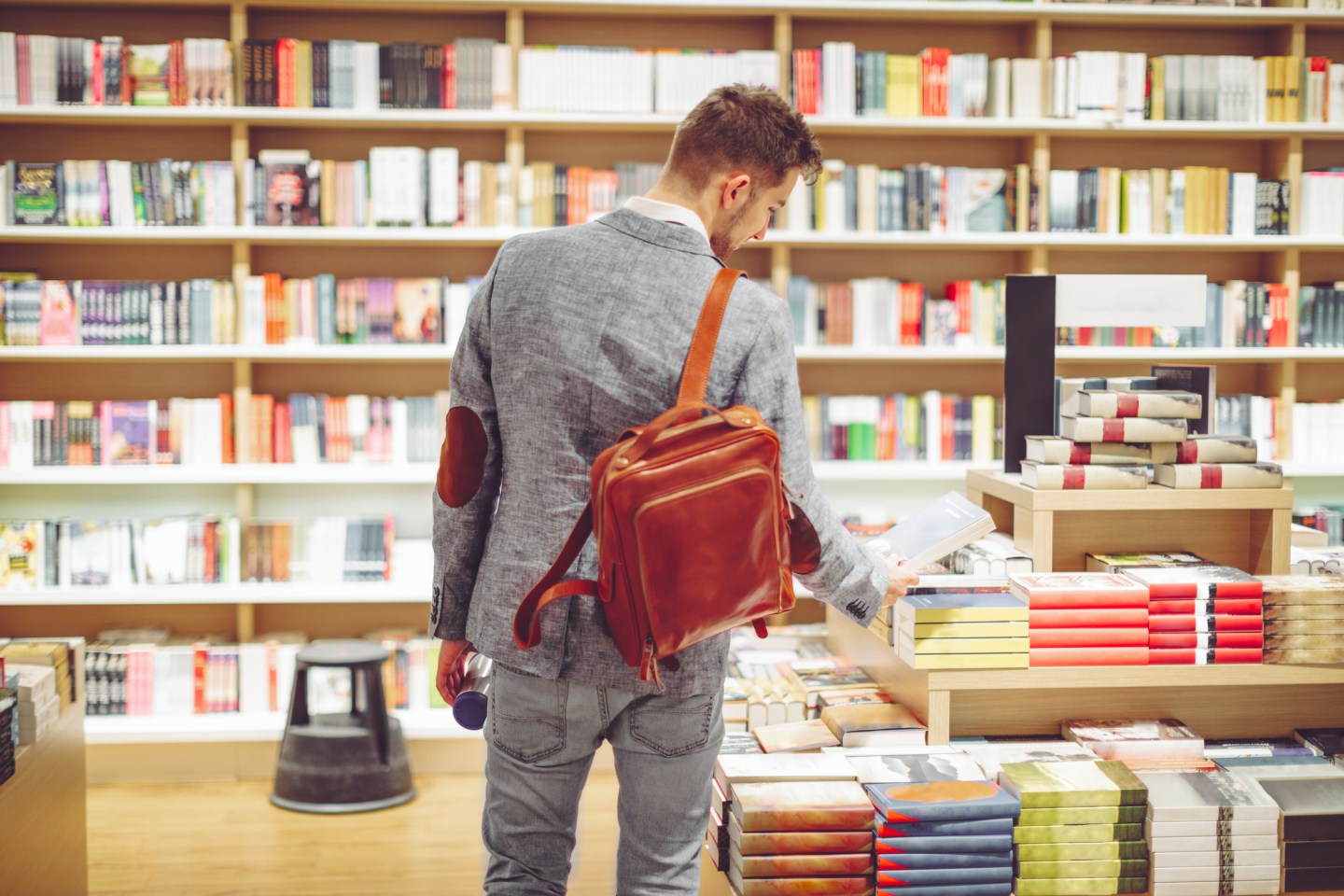 Summer reading lists shouldn’t be just for schoolkids. It’s the best time of year to relax at the park or on the beach with a fresh new book. Here is a selection of some of the most exciting releases in business and journalism books this summer.

The Plaza: The Secret Life of America’s Most Famous Hotel by Julie Satow

The most famous hotel in the City That Never Sleeps is perhaps New York’s answer to Hollywood’s Chateau Marmont, which received the dishy memoir treatment this spring. New York Times contributor and award-winning journalist Julie Satow’s new history of the Plaza hotel comes packed with a host of juicy stories that don’t run out until the back cover of the book. Some of the going-ons and drama at the French Renaissance château-style building on Central Park South involve real-life characters like Harry Black, a womanizer who attempted to drown himself in his bathtub at the hotel after the 1929 Wall Street crash; hotelier Conrad Hilton; and Saudi Prince Alwaleed bin Talal. Then, of course, there’s Donald Trump, seemingly inescapable from any story these days—although his association with the Plaza used to be one of his most famous assets. The now President bought the hotel for a record price at the peak of the 1980s, putting first wife Ivana in charge, only to bankrupt the hotel two years later. Most recently, a disgraced Indian tycoon, who never slept at the hotel, bought the Plaza—only to run it on a shoestring budget from his prison cell in Delhi. Facing foreclosure, he sold it in June 2018 to the Gulf state of Qatar. Fun times, indeed.

Here we go again. Those four words could be used to sum up the feeling any time Trump goes on a tweetstorm. It can also be said regarding the next book from Michael Wolff about the Trump White House. This sequel to the explosive Fire and Fury will cover the second year of the Trump administration, leading right up to the delivery of the Mueller Report. Trump’s tweets about what he said was false in the first book only fueled the fire, propelling the title to record sales and first-print publishing numbers. We can only imagine what Siege: Trump Under Fire will reveal, so grab your popcorn now.

Before the deluge of Instagram accounts and Netflix docuseries professing to have found the best street food on the most tucked-away corner in a country thousands of miles from your home, there were a handful of what we now know to be trailblazing blogs and websites reporting about good food with meaningful backstories. Among these pioneering sites was Serious Eats. Launched in 2005 and now a fully fledged digital media hub for all things food, domestic, or travel-inspired, Serious Eats is a major outlet in the culinary world—all started by founder Ed Levine. The James Beard Award winner recounts what inspired him to start the site, much of which sounds almost laughably simple then or now, like wanting to eat the world’s best bagel or sample everything on In-N-Out’s secret menu, and then write about it. The ideas seem quaint now because everyone has tried to copy the approach since, and it was quaint then because no one had done it yet. Perhaps Levine’s work and influence on food writing was something we didn’t know we needed—but we’re surely thankful for his contributions and influence now. With a narrative almost as mouthwatering as the delectable photos on the Serious Eats website, a word to the wise: Read while and/or after eating.

More Than Enough: Claiming Space for Who You Are (No Matter What They Say) by Elaine Welteroth

Elaine Welteroth gained nationwide recognition when she became editor of Teen Vogue—at the time the youngest ever and only the second African American to hold that position at Condé Nast—and now as a host on Bravo’s cornerstone franchise Project Runway. But Welteroth has been hustling in the best sense of the word since she was a young girl in California, which she recaps in her new memoir, appropriately and inspiringly titled More Than Enough. The book dives deep on several levels as to what that means by gender, age, and ethnicity, as summed up by her publisher Viking Books: “As a professional: not old enough, not ‘fashion’ enough. As a young girl: not pretty enough, not smart enough. As an interracial person: not black enough, not white enough.” Welteroth’s impressive résumé and the level of journalism she infused at Teen Vogue are more than enough to distinguish her as a media trailblazer, but endorsements for her book from the likes of Malala Yousafzai, Lena Waithe, and Reese Witherspoon underscore her status as a feminist icon and champion for her generation.

The Vagabonds: The Story of Henry Ford and Thomas Edison’s Ten-Year Road Trip by Jeff Guinn

Summer is the season of road trips. Whether they involve John Steinbeck, Jack Kerouac, or even Arya and the Hound, there’s something about these journeys that readers can’t get enough of. Now imagine a road trip taken by Henry Ford[hotlink] and Thomas Edison. No, really. As illuminated by bestselling author Jeff Guinn, the two icons of American enterprise, along with tire tycoon Harvey Firestone, dubbed themselves “The Vagabonds” and joined one another for annual summer trips around the country between 1914 and 1925. Outfitted in a caravan of [hotlink]Ford automobiles with an entourage of chefs, butlers, and other handlers, the Vagabonds were followed by a gaggle of journalists—perhaps the early 20th-century version of the paparazzi—at landmarks, campgrounds, motels, diners, and even gas stations. But their trips had a side effect: They were essentially advertising not only Ford cars but also a new national lifestyle involving summer vacations and life on the road. Maybe the idea of social “influencers” isn’t so new after all.

The Liberation of Paris: How Eisenhower, de Gaulle, and von Choltitz Saved the City of Light by Jean Edward Smith

2019 marks the 75th anniversary of the Invasion of Normandy (a.k.a. D-Day) on June 6, 1944. But that also means it’s the 75th anniversary of the liberation of Nazi-occupied Paris in August 1944. Historian and bestselling author Jean Edward Smith tracks the race for Paris and the campaign to save it from destruction through the prism of three main characters: Free French government leader Charles de Gaulle, American commander Dwight Eisenhower, and German commandant Dietrich von Choltitz. Although we know how the story turned out, the path to victory was a tumultuous one—and plenty of the decisions these men made are still questioned today. As illuminated in the book, the Allies were going to bypass Paris and sweep across Northern France, as the French capital had no strategic value from a military standpoint. And yet the decision to turn south, even slightly, might have come at a higher cost than previously realized.

Elvis in Vegas: How the King Reinvented the Las Vegas Show by Richard Zoglin

Before Britney. Before J. Lo. Before Celine. Before all of the Las Vegas residencies you know now, there was only one true king. As detailed in TIME theater critic Richard Zoglin’s new biography Elvis in Vegas, Elvis Presley launched his Vegas act in 1969 at what was deemed “the biggest showroom in the biggest hotel in the city,” drawing more people for his four-week engagement than any other show in Sin City’s history. And yet many critics point to this as the beginning of the drug-fueled downward spiral to his 1977 death. Zoglin plays devil’s advocate, suggesting it actually resurrected his career with a comeback as a more exciting performer with better reviews and his first Billboard No. 1 hit in seven years. Presley would go on to perform more than 600 sold-out shows. And regardless of whether or not this was a pivot point for the King of Rock and Roll, Vegas changed its image too, welcoming a mass audience from Middle America that the city’s tourism industry still depends upon to this day.

—5 books Bill Gates thinks you should read this summer