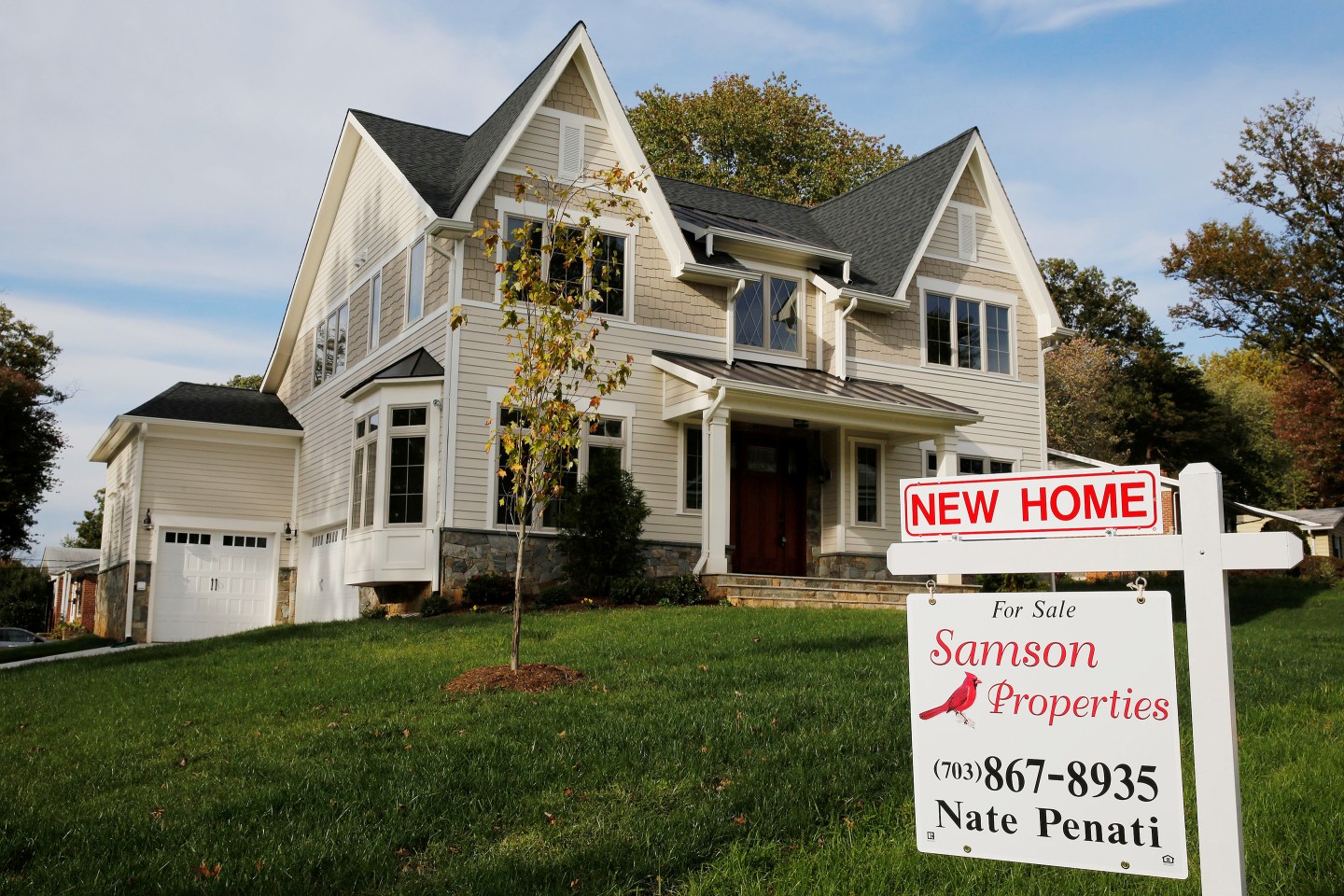 A real estate sign advertising a new home for sale is pictured in Vienna, Virginia, outside of Washington. REUTERS/Larry Downing/File Photo
Larry Downing—Reuters

In uncertain times, rising housing values have been one thing keeping our collective spirits up. But, as they say, nothing increases forever, and the U.S. real estate market may be about to downsize.

In April, national home values dropped a tenth of a percent from those in March, according to data from real estate information company Zillow. That’s not much, and zigzagging patterns in economic performance are hardly unusual. Except, it’s the first such downward motion in seven years, says senior economist Sarah Mikhitarian.

“A lot of the slowdown has been driven by some of these really large West Coast markets, where we have seen home values likely peak,” Mikhitarian said. That’s right, in Los Angeles, Seattle, San Diego, San Jose, Portland, and even San Francisco, prices have begun to creep back a bit. That’s been true in some other markets scattered around the country: Philadelphia, Pittsburgh, Houston, Miami, Boston, St. Louis, Tampa, and Baltimore.

Martin Eiden, a real estate broker with Compass Real Estate in New York City, has seen the pattern. “The cities with down markets are generally plugged into finance, media, high-tech and international buyers,” he said. “The buyers in this market are at an all-time high level of anxiety due to the politics of the executive branch of government.”

Mike Pappas, CEO of The Keyes Company, a large real estate business in south Florida, sees a number of factors playing part. “The last year with the rising interest rates and higher prices, we’ve seen a slowing of that growth [after the Great Recession],” he said. Miami, part of his market, has seen high condominium construction, helping to create some oversupply as well.

In other markets, the reduction of the state and local tax, or SALT, deductions on federal income tax have meant an effective increase in the total cost of a home in some markets—particularly in such states as California, New York, New Jersey, and Connecticut.

“And incomes haven’t grown during the recovery,” Mikhitarian adds. Many people that might have previously afforded a down payment are now priced out. “Buyers are forced to reconsider whether it’s possible for them to buy,” she said.

Finally, there has been the dynamic of the lower third of the housing stock. “Throughout the recovery we saw homes in the bottom third grow as a much faster rate,” Mikhitarian said. Those were exactly what the lowest economic third of the population would look for something to buy, as well as an important source of housing stock for those moving from a first to a second house.

Robert Johnson, CEO of Economic Index Associates, points to the wealth effect, which suggests that when people see rising prices for their portfolios, it makes them feel more confident. “With the recent weakness in equity prices largely due to the trade dispute between the US and China, home prices are soft because potential homebuyers don’t feel as wealthy as they did when the market was rising earlier this year,” and so aren’t willing to spend as much, Johnson said.

Mikhitarian said there are long-term hopes, with younger generations creating a new wave of potential buyers and increased demand supporting higher prices. But that could take a decade. “I think through the end of the year is up in the air what will happen nationally with home values,” she said.

—The winners and losers in a $1 trillion buyback year