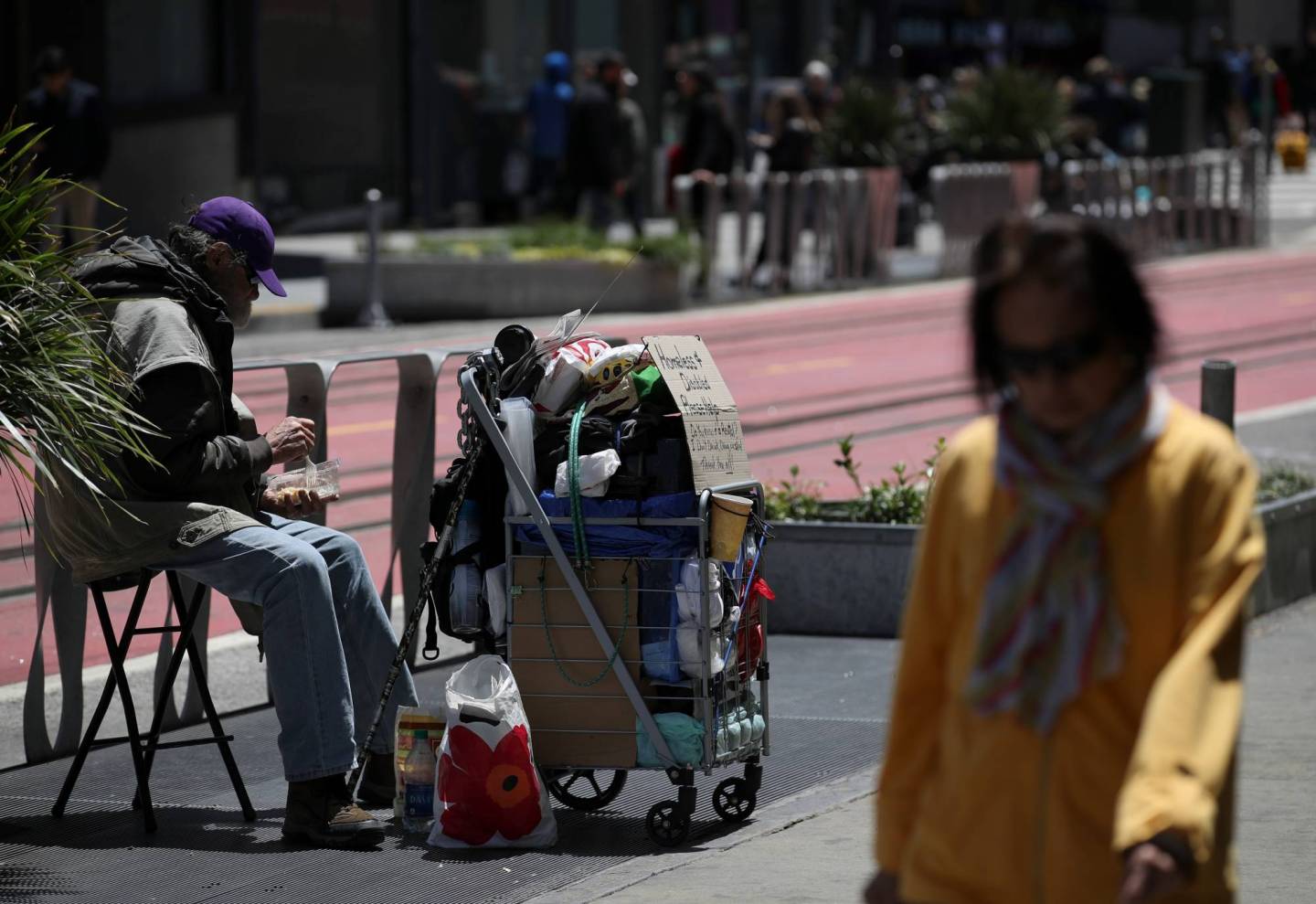 SAN FRANCISCO, CALIFORNIA - MAY 17: A pedestrian walks by a homeless man who is begging for money on May 17, 2019 in San Francisco, California. Results of a two-year Homelessness Point-in-Time (PIT) Count show a 17 percent surge in homeless individuals in the city and county of San Francisco. 8,011 homeless people were counted in January of this year compared to 6,858 people in 2017. (Photo by Justin Sullivan/Getty Images)
Justin Sullivan—Getty Images

It is open season on the technology industry and its capital city. And not without reason.

The behemoth tech companies that created so much excitement, value, and utility for consumers everywhere have worn out their welcome for the time being. Facebook abetted the ruination of democracy. Twitter has helped foul the national discourse. Apple has made tech addicts of its users, young and old.

As for the city tourists love to think is charming, quirky, and beautiful, it isn’t much of any of those things lately. Homeless people litter its feces-strewn sidewalks. Rich and entitled techies hide in its nicer neighborhoods and sterile skyscrapers. Traffic is so snarled that it’s difficult to get to the gorgeous nature that surrounds the city.

The world has noticed. The New York Times profiled a man who hunts for treasure in Mark Zuckerberg’s trash. The Washington Post accuses San Francisco of breaking America’s heart. Breakingviews helpfully suggests tech companies pay an employee bounty to attend civic meetings in the hopes of making citizens out of workers. (A glimmer of hope: Google says it wants to help save a comedy club after it was revealed to be the next tenant of the club’s space.)

Then again, this is nothing new. I wasn’t here when the Hippies ruined San Francisco. But I was when the precursors to brogrammers, late 1990s MBAs, spoiled the neighborhood. That was before they all lost their jobs. What’s quaint about San Francisco, despite the smell of urine in the streets, is the city’s ability to reinvent itself.

It will happen again.