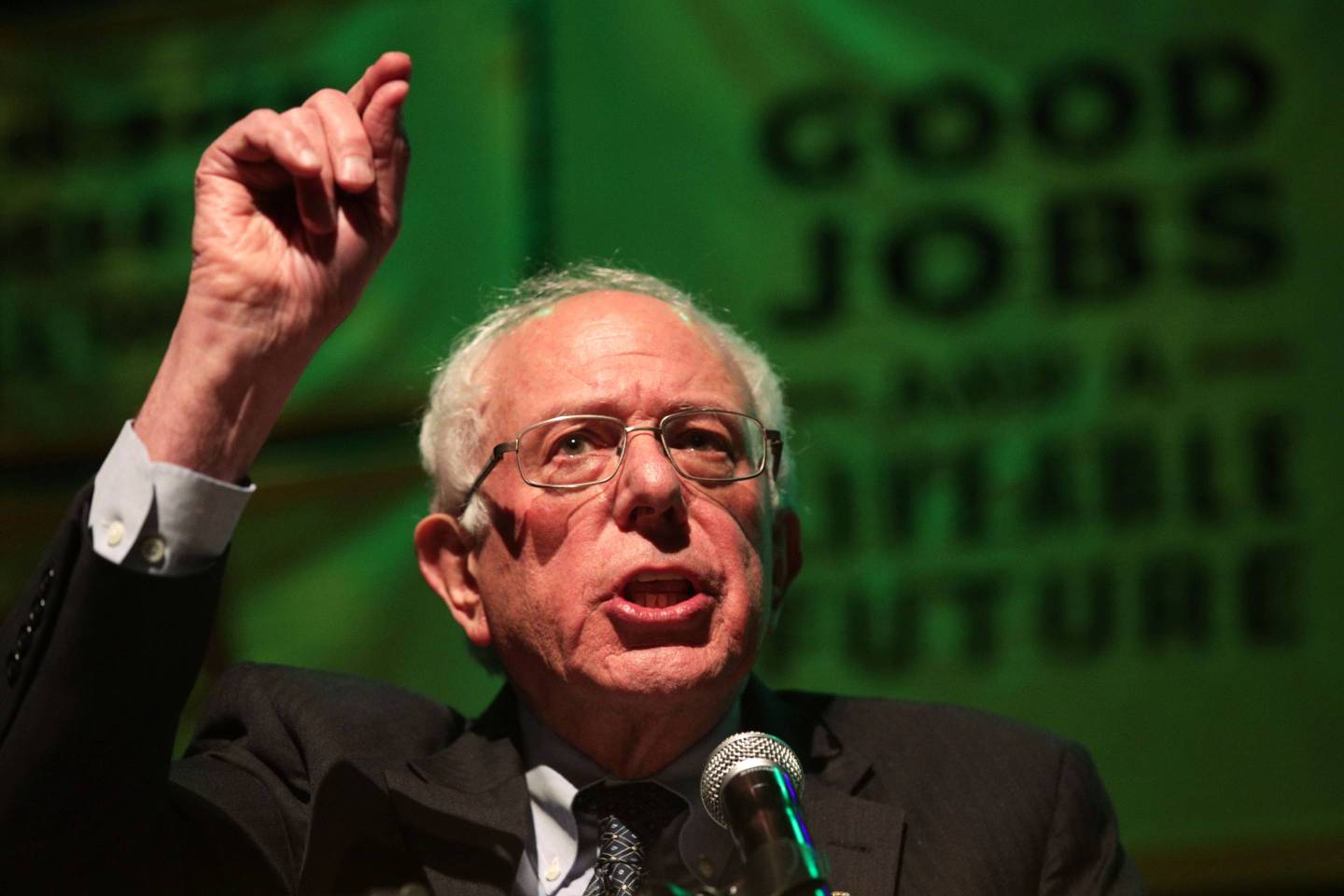 WASHINGTON, DC - MAY 13: U.S. Sen. Bernie Sanders (I-VT) speaks during a rally at Howard University May 13, 2019 in Washington, DC. The Sunrise Movement held an event for the final stop of the "Road to a Green New Deal" tour to "explore what the pain of the climate crisis looks like in D.C. and for the country and what the promise of the Green New Deal means." (Photo by Alex Wong/Getty Images)
Alex Wong—Getty Images

Sanders, a longtime critic of labor practices at the nation’s biggest private employer, will introduce a shareholder proposal at the June 5 meeting in Rogers, Ark., a spokeswoman for his campaign said. The proposal, which has no chance of passing, calls for Walmart to give its hourly workers a board seat.

Sanders also introduced a bill last year to improve pay and sick leave at Walmart and other large companies. He will speak as a proxy for Cat Davis, the Walmart employee who filed the latest action, according to United for Respect, a workers’ rights organization. The Vermont senator and presidential aspirant, who is originally from Brooklyn, may have little more than the proverbial New York minute to speak on workers’ behalf, however. Last year Walmart rushed through all shareholder proposals in less than half an hour.

“We should have the power to decide what happens at the company many of us have given our working lives to,” Davis said in a statement. “Associates deserve more from Walmart than we’re getting right now, especially as we’re the ones who create the company’s profits. Senator Sanders recognizes that.”

It’s not yet clear whether Sanders will meet with Walmart’s directors or executives at the event.

“If Senator Sanders attends, we hope he will approach his visit not as a campaign stop, but as a constructive opportunity to learn about the many ways we’re working to provide increased economic opportunity, mobility and benefits to our associates,” company spokesman Randy Hargrove said in an emailed statement.

The proposal Sanders will introduce is buried at the end of Walmart’s annual proxy statement under “Other Matters.” In the proxy, Walmart said that even if the plan is “properly presented,” it will be voted down. Walmart has separated shareholder proposals and other formalities of its annual meeting in recent years, conducting them a few days before the big “Celebration Event” at the University of Arkansas’s Bud Walton Arena that has featured performances from Katy Perry and Jamie Foxx.

Sanders has pointed to Walmart as an example of inequality in America—comparing the vast wealth of the Walton family, which owns the majority of Walmart shares, to the low income of its employees, some of whom receive government benefits like food stamps and Medicaid. He regularly claims the Walton family collectively has more wealth than the bottom 40% of Americans.

“Walmart workers are sick and tired of being paid poverty wages, while the Walton family is worth over $170 billion,” Sanders said in a Twitter posting on Tuesday. “I’m honored to have been invited by Walmart workers to demand they have a seat on the company’s board.”

The ratio of Walmart CEO Doug McMillon’s $23.6 million pay package last year compared with that of the median associate was 1,076 to 1.

Sanders last November introduced the Stop Walmart Act, a bill that would prevent large companies from buying back stock unless they pay all employees at least $15 an hour, and allow workers to earn up to seven days of paid sick leave. Walmart has raised its starting minimum wage several times in recent years to the current $11, which is still below what rivals like Target Corp. and Costco Wholesale Corp. pay.

Walmart has revamped its paid sick leave policy to include as much as 48 hours of paid time off, while expanding benefits for new parents. The company says these moves and others have lowered employee turnover by more than 10 percentage points in the U.S.

That’s not enough for critics like Sanders. But the Democratic presidential candidate might not get much time on the soapbox.

“We’ve given Walmart proper notice, but what they do now is up to them,” Campbell said.