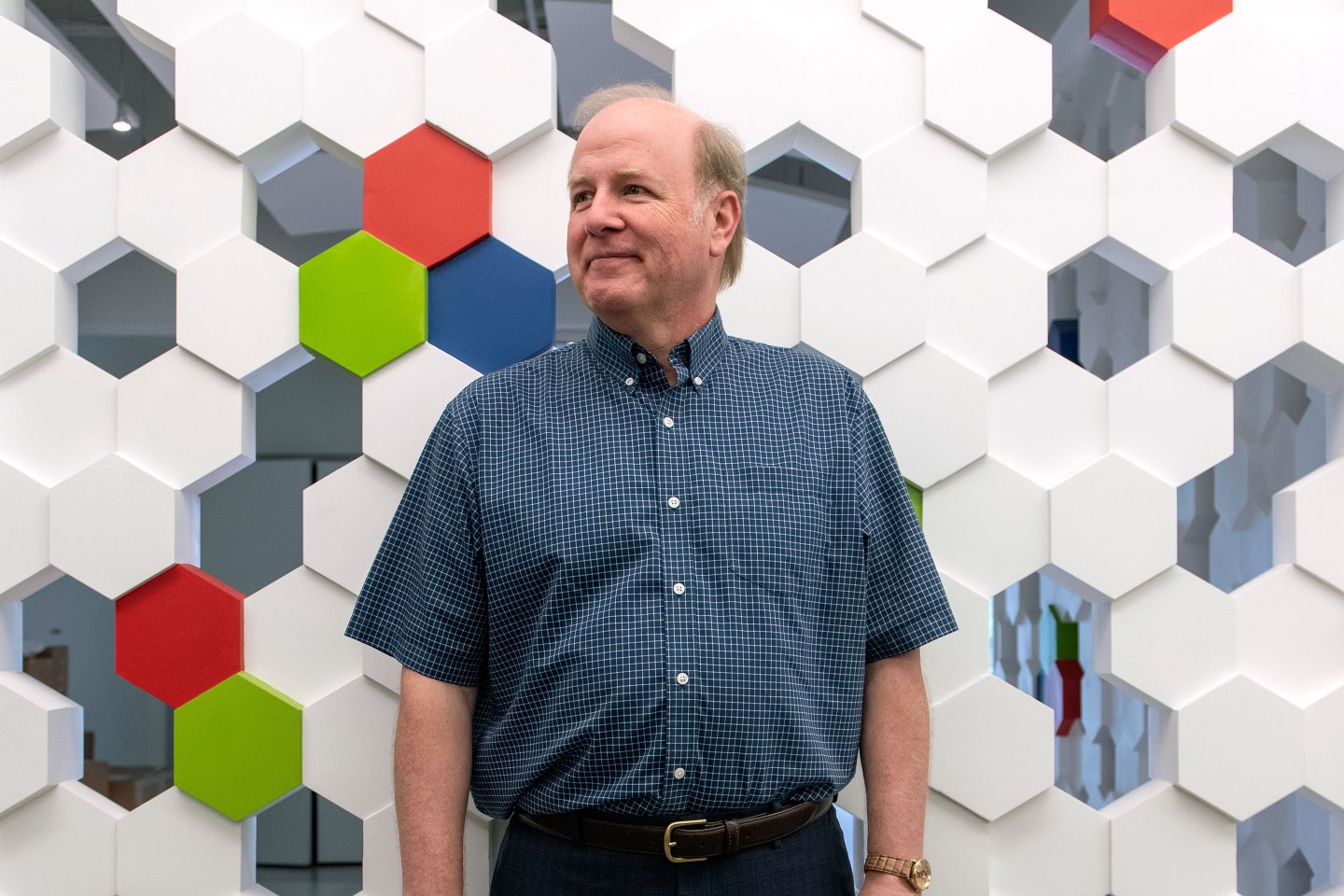 Peter Chapman has had a varied career.

The son of an astronaut, Chapman started programming at the Massachusetts Institute of Technology’s famed Artificial Intelligence Lab at the age of 16. He founded a company, Level Systems, that created video games based on Dungeons and Dragons, Star Trek, and Indiana Jones in the late ’80s. After an early retirement, prompted by the sale of another one of his startups to Thomson Financial in the early 2000s, he re-emerged in 2007 to build tools for the blind at the helm of a Ray Kurzweil-inspired organization, K-NFB Reading Technologies.

Since 2014, Chapman has worked at Amazon as an engineering director. He headed a 260-person technology team that handled “delivery experience” for Amazon Prime, the company’s super-popular subscription business. But as of last Thursday, Chapman had made yet another career jump; he has been named the chief executive of IonQ, a College Park, Md.-based quantum computing startup backed by GV, the venture capital arm of Alphabet, parent of Google.

Quantum computers are a nascent technology that holds incredible promise in solving seemingly intractable business and science problems. While engineers and physicists have yet to demonstrate the superiority of quantum computing hardware over the classical variety, practitioners expect that milestone to be achieved very soon. (For more on quantum computing—and IonQ—read Fortune’s recent feature story, published this morning.)

The quantum computing technology developed by IonQ, called the “ion trap” approach, uses charged atoms suspended in a vacuum chamber as the particles on which to run computations. Unlike classical computers, quantum computers are theoretically capable of storing far more information and running many more operations simultaneously, thus allowing them to tackle seemingly insoluble problems with ease.

There are about half a dozen other technological approaches to quantum computing vying for preeminence these days. The ion trap method differs from the most popular approach—the silicon chip-based “superconducting qubit”—preferred by the likes of IBM, Google, Intel, and other tech giants. Honeywell, the industrial conglomerate, is one of the few companies pursuing the ion trap approach along with IonQ.

“Quantum computers can potentially solve many of the problems we have today,” Chapman told Fortune on a call. He listed off potential areas of impact, such as drug discovery, energy, logistics, materials science, and A.I. techniques. “How would you not want to be part of that?”

“This is a once-in-a-generation type opportunity,” said Andrew Schoen, a principal at New Enterprise Associates, IonQ’s first backer. “We view this as a chance to build the next Intel.”