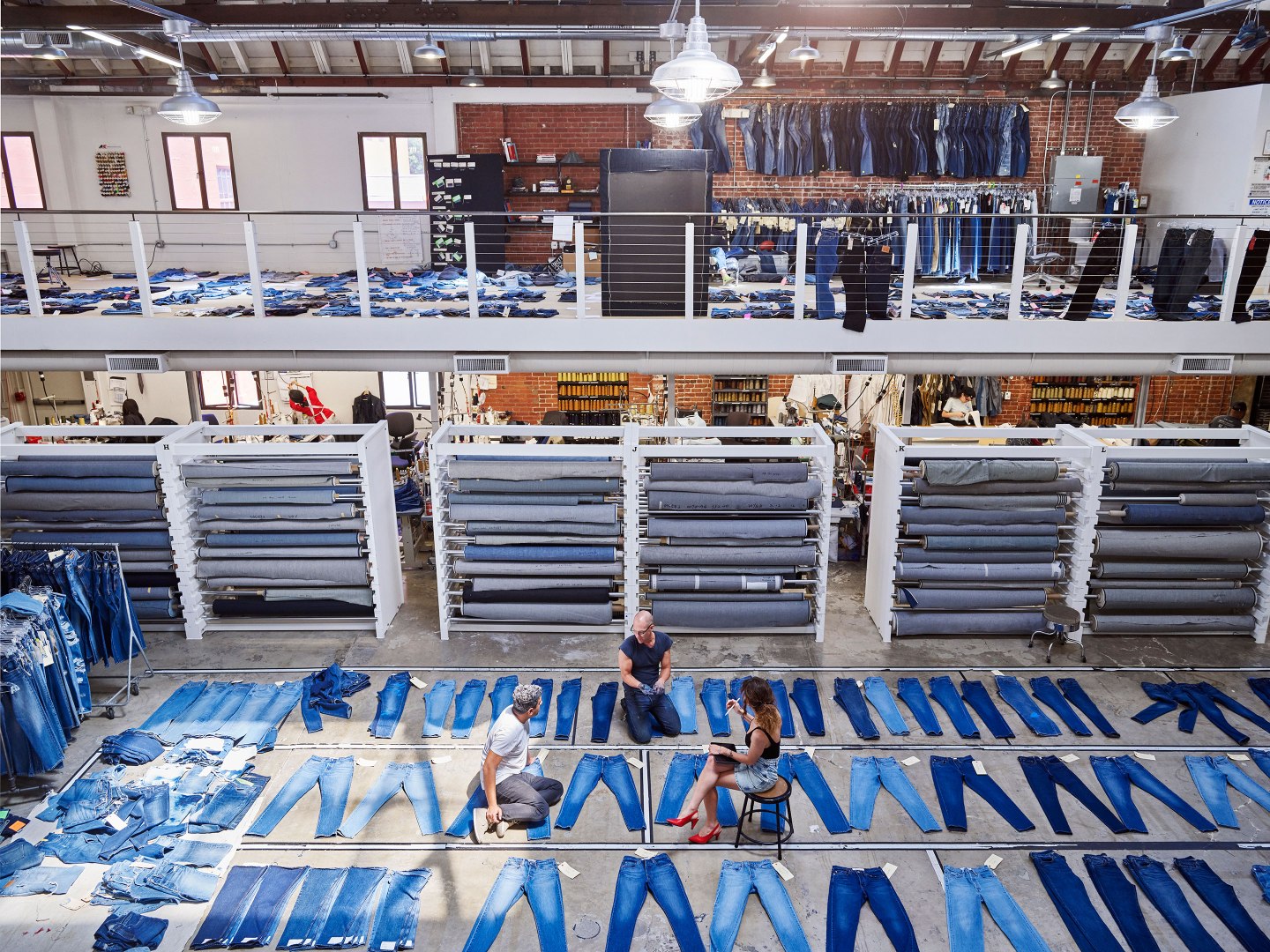 Levi’s Eureka Innovation Lab was one of few neighborhood buildings to survive the 1906 earthquake and fire, primarily because the structure, a grain mill at the time, had an underground waterway to the bay, which helped to fend off the flames.
Photographed by Spencer Lowell for Fortune

A Monday medley of quick thoughts to start your day in tech and other topics:

* Fortune publishes a gorgeously photographed and informatively described spread today on the “skunkworks” of three Fortune 500 companies: Levi Strauss, Ford, and Facebook. The three couldn’t be more different, yet they are united by their thirst for innovation. Levi seeks simpler pigments, Ford aims to figure out self-driving cars, and Facebook wants to understand robots. The photo essay is a nod to Fortune’s illustrious history of bringing business to life with pictures as well as words.

* We also unveil a masterful look back at the long, slow decline of Sears. Two takeaways to ponder: 1) It is exceedingly difficult to kill dominant consumer brands altogether; 2) Sears, despite mastering the mail-order distribution catalog decades before Amazon existed, never embraced inventory-management technology the way Walmart did. The rest was history.

* One line jumped out at me in this otherwise lukewarm review in The Wall Street Journal of a new history of IBM: “Especially in IBM’s golden age, which ran from the postwar period to the 1980s, its sales force had a talent for relaying the needs of clients back to headquarters, where engineers could absorb the requests and eventually turn out new products, which would then be sold to clients by the same talented and aggressive sales force.” It made me wonder if there are still great companies whose sales people are adept at communicating back to the people who make the products.

* The global consulting firm McKinsey is in a pickle again, this time in Mongolia, according to a new piece by ProPublica. I interviewed McKinsey’s top partner, Kevin Sneader, in March about the number of black eyes McKinsey has taken lately. It doesn’t feel like this will be the last one.

* Conference time: Fortune is hosting a new event, Brainstorm Finance, which will bring together the titans of Wall Street and the brainiest entrepreneurs of fintech. It’s in Montauk, N.Y., aka The Hamptons, June 19-20. Write me if you’d like to attend.

Collateral damage. The war on Huawei expanded into a new area, as Google sought to comply with the new U.S. executive order to blacklist the Chinese company. Google said it cannot supply Android apps and services directly to Huawei anymore, though Huawei will still be able to access the open-source portions of the mobile operating system. Many chipmakers, including Qualcomm, Intel, and Broadcom, may also have cut off the Chinese company, prompting their stocks to slip 2% to 3% in premarket trading on Monday.

Recombinations. Cord cutting may be accelerating but there's still money to be made in the old world of pay TV. Dish Network on Monday said it would buy Echostar's broadcast satellite service for $800 million. In potentially bigger merger news, T-Mobile and Sprint are preparing to make concessions, possibly even including selling off the prepaid service Boost, to get their deal approved.

Big words. Graduates of Tulane University heard from Apple CEO Tim Cook on Saturday. The commencement speaker warned that "most of us don't pay nearly enough attention to what we owe one another" and acknowledged "in some important ways, my generation has failed you."

The rain in Spain falls mainly on the plains. The use of certain high-frequency bandwidths for 5G mobile service could interfere with government weather satellites, according to a letter from two senators to the Federal Communications Commission. “The national security and public safety implications of this self-inflicted degradation in American weather prediction capabilities would be significant,” Senators Ron Wyden and Maria Cantwell wrote.

Informative. If you are have an interest in artificial intelligence, machine learning and the growing number of practical applications of those fields, you'll want to sign up for Fortune's newest weekly newsletter, Eye on A.I. It arrives in your in-box on Tuesdays.

Tesla CEO Elon Musk has been particularly hard to take seriously over the past year, as some of his tweets and quips have spiraled out of control. Last month, he predicted "1 million autonomous robo-taxis for Tesla next year.” But amidst the absurdity, former tech exec and blogger Jean-Louis Gassée wants you to reconsider Tesla's prospects. His argument, in one of his regular Monday morning essays, is that the rest of the auto industry is ignoring the critical role of software:

Turning to mainstream, legacy car companies, we have to ask what they know about software — and do they even care? The Engine Control Unit, the computer that controls ignition and fuel injection, comes from a vendor like Robert Bosch (my autokorrekt wants to write “ogre botch”); the gearbox controller from ZF (as in toothed gears, Zahnrad Fabrik) or Japan’s Aisin; and the entertainment/navigation module from Panasonic and others. And they all use bundled software. To conventional automakers, software is a sourced component, often from the lowest bidder, a hard-to-control annoyance.

It’s a situation that’s reminiscent of the early days of cell phones. Motorola and Nokia had software because they had to, they even boasted about being good at it, only to be displaced by competitors who loved software, namely Google’s Android and Apple’s iOS.

This Year's Tech IPOs Are Raising an Average of $2.2 Billion By Robert Hackett and Nicolas Rapp

Facebook's Side Hustles Are Diverting Attention From Its Real Problems, Critics Say By Alyssa Newcomb

Remember CryptoKitties? That was the blockchain-fueled game of collecting digital cats that got a little crazy when prices for some of the virtual felines rose over $100,000. Now the developer, Dapper Labs, is back with a new blockchain game called Cheeze Wizards. I'm in just from the slogan: The World's First Blockchain Battle Royale with Cheese.