Michael Bennet: I Got Lucky With My Cancer Treatment, But Many Americans Go Bankrupt. That’s Why We Need a Public Option 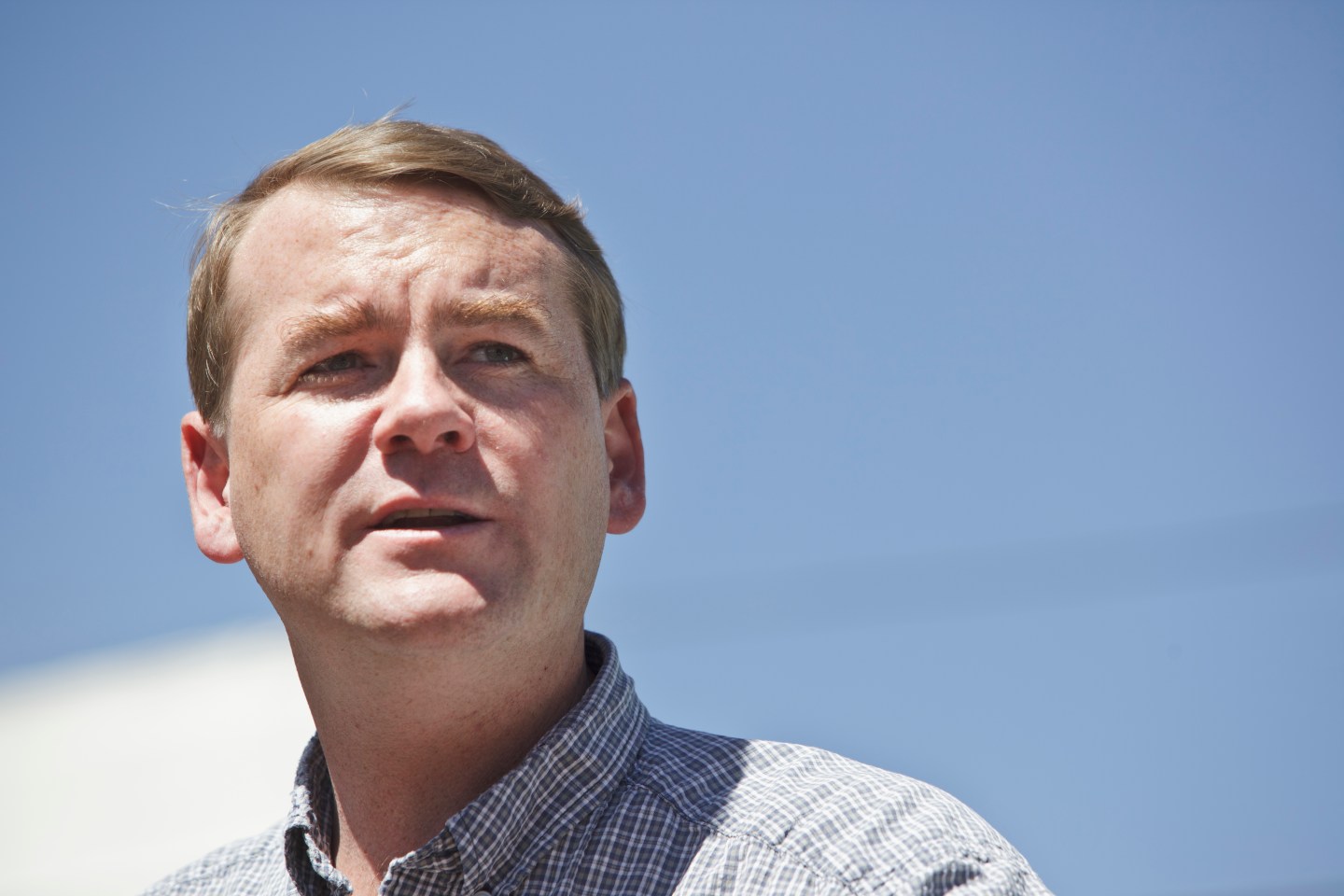 Michael Bennet talks to supporters in Denver at a rally in support of his bid for election to the US Senate. Bennet is a Democratic senator from Colorado. He took over the seat vacated by Ken Salazar who became Secretary of the Interior in the Obama administration. (Photo by James Leynse/Corbis via Getty Images)
James Leynse—Corbis via Getty Images

Nobody is ever ready to hear a diagnosis like the one I received from my doctor back in March: “You have prostate cancer.”

I was preparing to announce my candidacy for president, and this was not the news I expected after a routine physical. Fortunately, it was caught early. Within a matter of weeks, I had successful surgery and a clean bill of health.

My cancer was treatable because it was detected through preventive care. The $94,000 bill didn’t bankrupt my family because I had insurance through my wife’s employer. But a diagnosis like this means something very different for the tens of millions of Americans who do not have health insurance. It’s pitiful that we are the only industrialized country in the world that has not figured out how to fix that.

We need to cover everyone, lower costs, and improve the quality of insurance and care in our country. My plan to create a public option, called Medicare-X, is the most effective way to achieve these goals.

As a country, we spend almost double what other advanced economies spend on health care. About 27 million Americans still lack health insurance. The growing costs of coverage, care, and prescription drugs burden or bankrupt families and small businesses every day.

Some say the only way forward is to replace our current health care system with Medicare for All, giving everybody the same, government-provided coverage. I can understand this impulse, given it’s our current system that is causing so much misery. But let’s examine the facts. Under Medicare for All, 177 million people who currently have private insurance, 70% of whom like it, would have that coverage taken away from them. Another 20 million who receive insurance through Medicare Advantage would lose it too. According to an Urban Institute study, Medicare for All would cost $32 trillion. Even Vermont, when it tried to pass a system like this, couldn’t because of the large tax increases needed to pay for it.

This can’t be our best offer to the American people. And it doesn’t have to be.

Medicare-X is a true public option, an insurance plan that would be available on the exchange for people to buy if they had no insurance or didn’t like their private insurance. It would start in rural areas with one or no insurer, where the market is currently failing too many people, to increase competition and lower costs. For the first time, it would allow the federal government to negotiate to reduce drug prices. Because Medicare-X’s payment rates to medical providers would be lower than those for private insurance, this public option would actually save taxpayer dollars and therefore reduce the deficit.

Medicare-X provides people with a better choice. It’s a plan I have discussed in living rooms across the country that people can understand—whether from rural or urban areas, Republican or Democrat, young or old.

If we’re going to make progress in Washington, we need a proposal that has broad support from the American people. This is the only way we will effectively beat back the Trump administration and congressional Republicans’ attacks on Americans’ health care.

In 2010, when I was first running for the Senate, I traveled to some of the most conservative parts of my state to explain my vote for the Affordable Care Act (ACA). It wasn’t easy; people called it a Bolshevik takeover. But now those same people thank me for fighting for the ACA and for thinking of their rural communities first with Medicare-X.

In 2018, when Democrats won back the House of Representatives, they did it by winning in purple and red districts where they promised to improve and protect people’s health care. They didn’t win by promising to repeal the ACA or to abolish every private health insurance plan in the country.

We cannot afford to wait another day, another month, or another election to provide the high-quality, affordable care Americans need. Let’s enact a plan that would immediately provide a better option that is strong enough to improve our broken system and withstand the partisanship in Washington. Let’s enact Medicare-X.

Michael Bennet is a candidate for president of the United States. He is a U.S. senator from Colorado, and a former school superintendent and businessman.

—Why you should pay less attention to all those IPOs

—What it means when A.I. can read your thoughts

—Making the case for companies to disclose their workforce policies