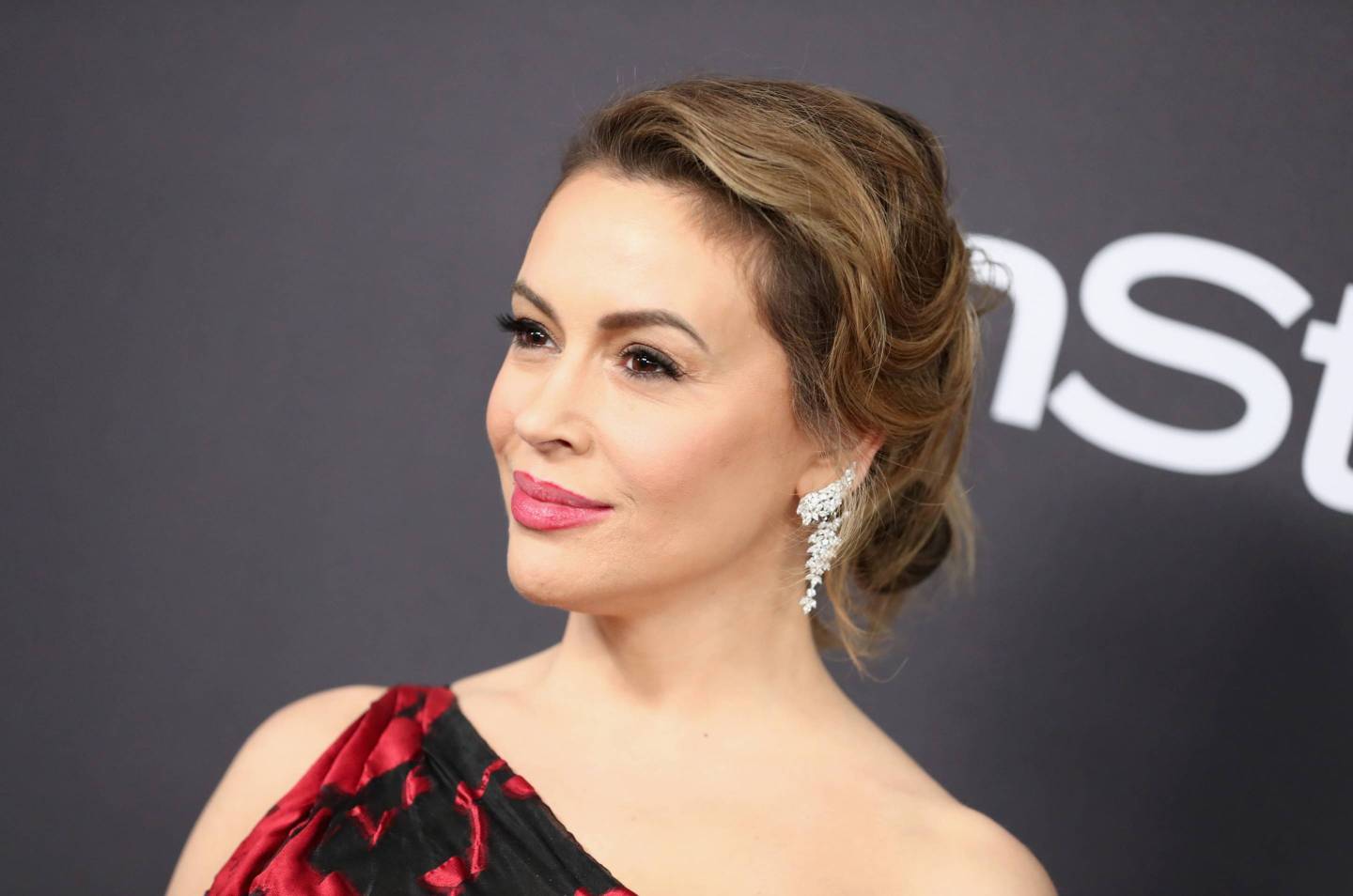 On May 7, Georgia Gov. Brian Kemp signed HB 481, known as the “Heartbeat Bill” that restricts abortion after six weeks into a pregnancy, into law. The measure effectively bans the procedure, as most women don’t know they’re pregnant that early, and has been met with widespread condemnation from pro-choice citizens, politicians, and celebrities.

The latter group has been particularly vocal, as Georgia is a well-used location for movie, television, and commercial production, leading many filmmakers and actors to say they’re boycotting anything that is shot in the state. Others, like actor/director Jordan Peele and former gubernatorial candidate Stacey Abrams, say that keeping productions and the money that comes with them in Georgia is the best way to fight back against the powerful political system.

Here’s a breakdown of what the bill means, who’s fighting it and how they’re doing it.

What is the Bill?

HB 481, like other bills that have passed in other states, aims to ban abortions after a fetal “heartbeat” can be detected. Technically, the fetus does not have a heart at this stage, but cardiac activity comes from tissue called a “fetal pole.” Many women do not realize they’re pregnant by this point, as they might have only missed one menstrual cycle.

To its opponents, the Georgia bill is particularly insidious because it could penalize doctors who perform abortions and women who travel out of state for the procedure, as it declares fetuses as “a class of living, distinct person.” Critics also fear that it will further limit obstetric and gynecological services in the state, which has the highest maternal mortality rate in the country at 39.3 deaths per 100,000 live births.

The bill, which is slated to go into effect in January 2020, will face numerous legal challenges that proponents hope will end up in the Supreme Court to challenge Roe v. Wade, which says abortion is legal up until the point that a fetus is viable outside the womb.

Why Is Hollywood So Involved?

Thanks to numerous tax breaks and a vast supply of film industry workers, Georgia is now the third-largest production hub in the United States, following California and New York. The reason the location is so attractive for studios is that it offers a 20% tax credit on any production that spends over $500,000 there, with an additional 10% credit for any productions that include “an embedded Georgia logo on approved projects and a link to ExploreGeorgia.org/Film on the project’s landing page.” Thanks to this, Georgia was chosen as the location for such projects as Avengers: Endgame and several other Marvel films, Netflix’s Stranger Things, and AMC’s The Walking Dead. Disney is a particular target of the bill’s opponents, now that several of its recent Georgia-filmed movies—Endgame, Captain Marvel, and Black Panther—made well over $1 billion each at the box office.

Before the bill passed, actress Alyssa Milano led the celebrity charge with a Deadline op-ed, writing, “Women who work in Georgia’s film industry — many of them visiting from other states — need access to safe and legal reproductive care, including their constitutional right to an abortion. HB 481 takes that right away, forcing women to risk losing their jobs.” She then wrote a letter to Georgia politicians, pledging she’d never work in the state until the law was off the books, and it was co-signed by Ben Stiller, Amy Schumer, Don Cheadle, Laverne Cox, Patricia Arquette, Alec Baldwin, and dozens more.

David Simon, the creator of HBO’s The Wire and The Deuce, tweeted, “Can only speak for my production company. Our comparative assessments of locations for upcoming development will pull Georgia off the list until we can be assured the health options and civil liberties of our female colleagues are unimpaired.” Nina Jacobson, producer of The Hunger Games and Crazy Rich Asians, retweeted him and said, “Ditto.” Actor and filmmaker Mark Duplass wrote, “Don’t give your business to Georgia. Will you pledge with me not to film anything in Georgia until they reverse this backwards legislation?”

Milano then took her campaign one step further, tweeting, “Our reproductive rights are being erased. Until women have legal control over our own bodies we just cannot risk pregnancy. JOIN ME by not having sex until we get bodily autonomy back. I’m calling for a #SexStrike. Pass it on.” While many took umbrage to the idea or laughed it off as a funny stunt, she doubled down with a CNN op-ed, writing, “A #SexStrike is a way to target straight, cisgender men so they may feel the physical consequences of our reproductive rights being systematically eliminated. This form of protest has the potential to raise the issue far beyond the usual groups engaged in debates about reproductive health.”

Who’s Against the Boycott?

The two most prominent Hollywood names resisting the Georgia boycott are award winners Jordan Peele and J.J. Abrams, who will film upcoming HBO horror series Lovecraft Country there. “We stand with Stacey Abrams and the hardworking people of Georgia, and will donate 100% of our respective episodic fees for this season to two organizations leading the charge against this draconian law: the ACLU of Georgia and Fair Fight Georgia,” they wrote in a joint statement. “ We encourage those who are able to funnel any and all resources to these organizations.”

Stacey Abrams, who ran against Kemp in 2018 but lost, had previously urged filmmakers not to boycott the state, tweeting, “I appreciate the calls to action, but I ask all of our entertainment industry friends to support #FairFightGA – but please do not #boycottgeorgia. The hard-working Georgians who serve on crews & make a living here are not to blame. I promise: We will fight – and we will win.”

Women who work in entertainment production there recently started a petition against the boycott, pointing out that they’re the ones fighting against the bill and will likely suffer the hardest economic consequences. “To those who choose not to come to Georgia because of the actions of our government, we understand your reasoning. But please know this: Georgia’s hardworking women and many men in this industry will continue to be the resistance from the inside,” they wrote on Change.org. “With our voices, our art, and our daily boots on the ground, we’ll keep working for the leadership we deserve. Your condemnation is understandable, but what we really need most is allies.”

The Motion Picture Association of America, meanwhile, is taking a wait-and-see approach. “Film and television production in Georgia supports more than 92,000 jobs and brings significant economic benefits to communities and families,” MPAA spokesman Brian Ortman said in a statement last week. “It is important to remember that similar legislation has been attempted in other states, and has either been enjoined by the courts or currently being challenged. The outcome in Georgia will also be determined through the legal process. We will continue to monitor developments.”

The International Alliance of Theatrical Stage Employees union is taking the same stance. In an April letter to its Georgia members, union Business Agent Michael Akins pointed out the strong relationships the Local 479 has with state politicians, the fact that they have a dedicated lobbyist for their interests, and, at that point, there were no major studios declaring their support for the boycott. “Most responsible persons in the industry and the media, as well as many politicians, recognize that a boycott of Georgia will only adversely affect the thousands of jobs created by the entertainment industry in Georgia,” he said. “It will have little or no effect on the national agenda associated with this bill.” The union did not respond to Fortune‘s request for further comment.

As the law doesn’t go into effect until January, groups planning to fight the complex bill in court are still sussing out their legal strategies. “If this were just a straight, six-week abortion ban the law on that would be clear on its face. This has so many elements to it that have been cobbled together,” Andrea Young, executive director of the Georgia ACLU, told the Atlanta Journal-Constitution. “We want to do a completely comprehensive filing. There are so many concepts in here that don’t have any context in Georgia law. They’ve not been explored.” She also said that production companies are less likely to come to Georgia now, though she didn’t provide any specific instances of studios and filmmakers deciding to move productions elsewhere.

Until the litigation is settled, abortion is still legal in Georgia until the 20th week of pregnancy.

—The penultimate Game of Thrones episode hit a series-ratings high

—Can Avengers: Endgame keep it up at the box office this summer?

Follow Fortune on Flipboard for the latest news and analysis