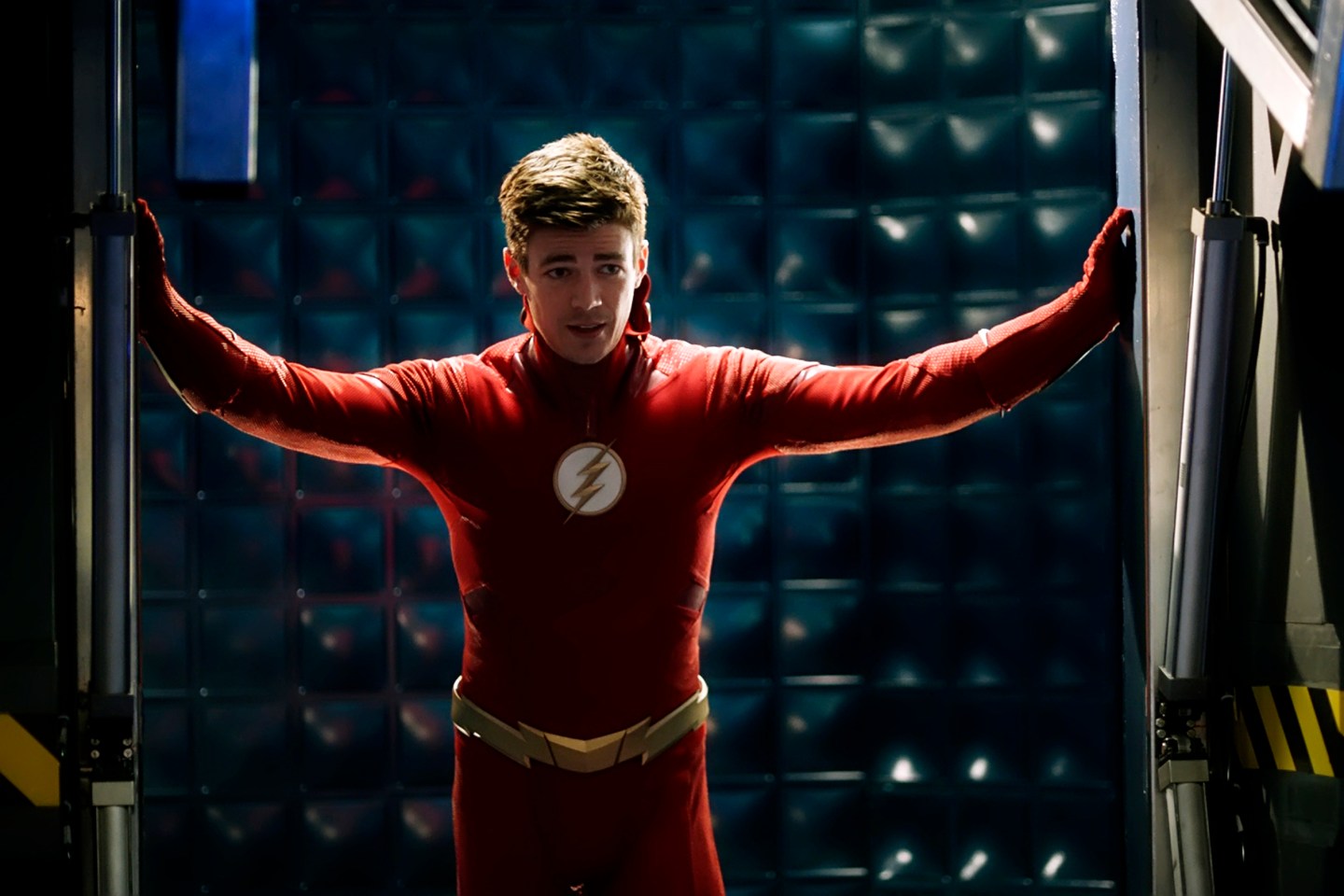 Television’s annual upfront presentations kicked off Monday, continuing the ritual of networks attempting to dazzle Madison Avenue with its latest offerings for advertising dollars. As networks iron out their lineups for the 2019-2020 TV season, there are some familiar patterns surrounding both new and returning shows.

For one, superhero shows like The CW’s Supergirl and The Flash are still flying high—and that network will see a new addition with Batwoman. It also looks like there’s always room at the bar for more legal drama. While ABC’s For the People and Fox’s Proven Innocent were canceled last week—along with several other series—new courtroom orders include the CBS drama All Rise, which follows the chaotic lives of judges, prosecutors, and public defenders, and NBC’s Bluff City Law, which is about a Memphis attorney who strikes out on her own after a tumultuous relationship with the head of her fancy law firm (who is also her father).

We’ve also noticed some other patterns emerging for the upcoming television season:

There’s No Escape From the Berlanti-Verse

Greg Berlanti likes to use the analogy that the prize for winning the pie-eating contest is more pie. Well, he can now buy all the pie in both Hollywood and Vancouver, where his productions tend to film. Along with producing partner, Sarah Schechter, the extremely successful executive producer known for shepherding long-running hits like The CW’s Arrow and NBC’s Blindspot—as well as niche projects like the CBS limited series The Red Line— will have 18 shows on the air this coming season. That beats their previous total of 14 productions from the 2018-‘19 season. These include new series like The CW’s comic adaptations Batwoman and Katy Keene, as well as Prodigal Son, a new Fox show starring Tom Payne, Michael Sheen, and Bellamy Young that’s about the child of a serial killer.

Don’t let the cancellations of CBS’s attempted Murphy Brown reboot or Fox’s problematic Lethal Weapon adaptation have you fooled. Networks still see a market in revisiting familiar topics and characters. ABC is sticking with its Roseanne Barr-free The Conners for another season and has renewed both long-running period comedy The Goldbergs and its sequel, Schooled. And CBS is still on the case with the new versions of MacGyver and Magnum P.I.

ABC has also ordered Mixed-ish, the prequel to its topical family comedy-but-sometimes-dramedy Black-ish that concentrates on Tracee Ellis Ross’ matriarch, Rainbow Johnson. (A spin-off, Grown-ish, will soon be entering its third season on younger sister channel, Freeform.) The CW is offering an edgier, more Veronica Mars-sounding remake of Nancy Drew that ages the teenage gumshoe to a college freshman who postpones school to investigate a murder mystery. Gossip Girl’s Josh Schwartz Stephanie Savage are among the executive producers, so expect witty banter while Pamela Sue Martin, TV’s original Nancy, guest-stars.

And Fox has ordered a spin-off of 9-1-1 starring Rob Lowe, titled 9-1-1 Lone Star (set in Austin, in case the title wasn’t a clue). As for ABC’s much-hyped NYPD Blue sequel? The story of Sipowicz’s son is undergoing “retooling.”

NBC has renewed its tear-jerker drama This Is Us for three more seasons, meaning that we will have at least until the spring of 2022 to learn all kinds of backstories about the extended members of the Pearson clan and their partners (maybe we’ll even learn the origin story of Audio the dog).

And while this formula has been a proven hit for NBC, not all networks have been as interested in this idea. Life In Pieces, the CBS series about an extended Los Angeles-area family, ended this year after a not-too-shabby four seasons (it should be noted that it began a year before This is Us started). CBS also passed on a series order for Super Simple Love Story, a comedy about a couple who seem an unlikely match as told through interviews and vignettes.

Immigration As a Talking Point

Immigration stories aren’t exactly new fodder for television plots; The CW’s Jane the Virgin and Netflix’s One Day at a Time being just two recent examples of shows that have covered the issue. But President Donald Trump’s talk of a border wall, and international debates surrounding Brexit, as well as the Venezuelan migrant crisis have kept the divisive topic on everyone’s mind—especially showrunners. New entries this year include Bob Hearts Abishola, the CBS comedy from The Big Bang Theory’s Chuck Lorre and others about a middle-aged man who falls in love with his Nigerian immigrant nurse, and NBC’s Sunnyside, which stars Kal Penn as a former councilman who helps immigrants stay in the country.

Something to Sing About

The CW’s Crazy Ex-Girlfriend ended its four-year run this spring while NBC’s Smash is still celebrated for as campy reverence. So it’s no wonder that networks have realized that musical dramas can have a devoted audience and that our palettes may have matured since Cop Rock. NBC has ordered the new series Zoey’s Extraordinary Playlist, which stars Castle Rock’s Jane Levy as a San Francisco-based computer programmer who hears others’ internal monologues through song. The CW’s Katy Keene stars Pretty Little Liars’ Lucy Hale and Ashleigh Murray—whose Riverdale character, Josie McCoy, leaves her small town to try to make it as a singer in New York City.

Hollywood’s push for equality and diversity is increasingly showing, both on and off screen, particular when it comes to strong—and complicated—female characters. Barbara Hall’s long-running Téa Leoni drama on CBS, Madam Secretary, is back for a sixth season. There’s also no end in sight for Shonda Rhimes’ medical drama, Grey’s Anatomy, which has been renewed through season 17. This season, they’ll be joined by new shows like CBS’s Tommy, a police drama from Homicide: Life on the Street creator Paul Attanasio that stars Edie Falco as the LAPD’s first female police chief, and Cobie Smulders’ new ABC drama. Created by Jason Richman, the as-yet-to-be-named series is based on the Stumpton graphic novels and has the How I Met Your Mother star playing an army veteran and private investigator with a complicated backstory.

What’s the Future of Family Comedy?

ABC’s Modern Family recently ended its penultimate season with record-low ratings for its finale. Last week’s TV cancellation blood bath also saw the end to CBS’s Fam and Happy Together and ABC’s critically adored Splitting Up Together, Speechless, and The Kids Are Alright. But long-running series like CBS’s Man with a Plan, Fox’s Last Man Standing, and ABC’s Black-ish and Fresh Off the Boat are safe (possibly much to the chagrin of Constance Wu, one of the latter’s stars). And perhaps new offerings like ABC’s United We Fall and The Conners, CBS’s Broke, and Fox’s Outmatched will change that course.

But maybe Hollywood knows it needs to have a broader definition of “family”? ABC has found success with Single Parents, the ensemble comedy that used Taran Killam’s single father as an entry point to the story and that has been renewed for a second season. It joins new freshmen series like CBS’s The Unicorn (a single-camera comedy about a widower with two daughters), Fox’s The Great North (an animated series from Bob’s Burgers creator Loren Bouchard about a single dad trying to hold it together in Alaska), and NBC’s The Kenan Show, (Kenan Thompson plays a widower with two daughters who begrudgingly lets his father-in-law move in to help). We’ve come a long way since Full House …

—Can Avengers: Endgame keep it up at the box office this summer?

Follow Fortune on Flipboard for the latest news and analysis