Data Sheet—Why It Makes Sense To Charge for Online News 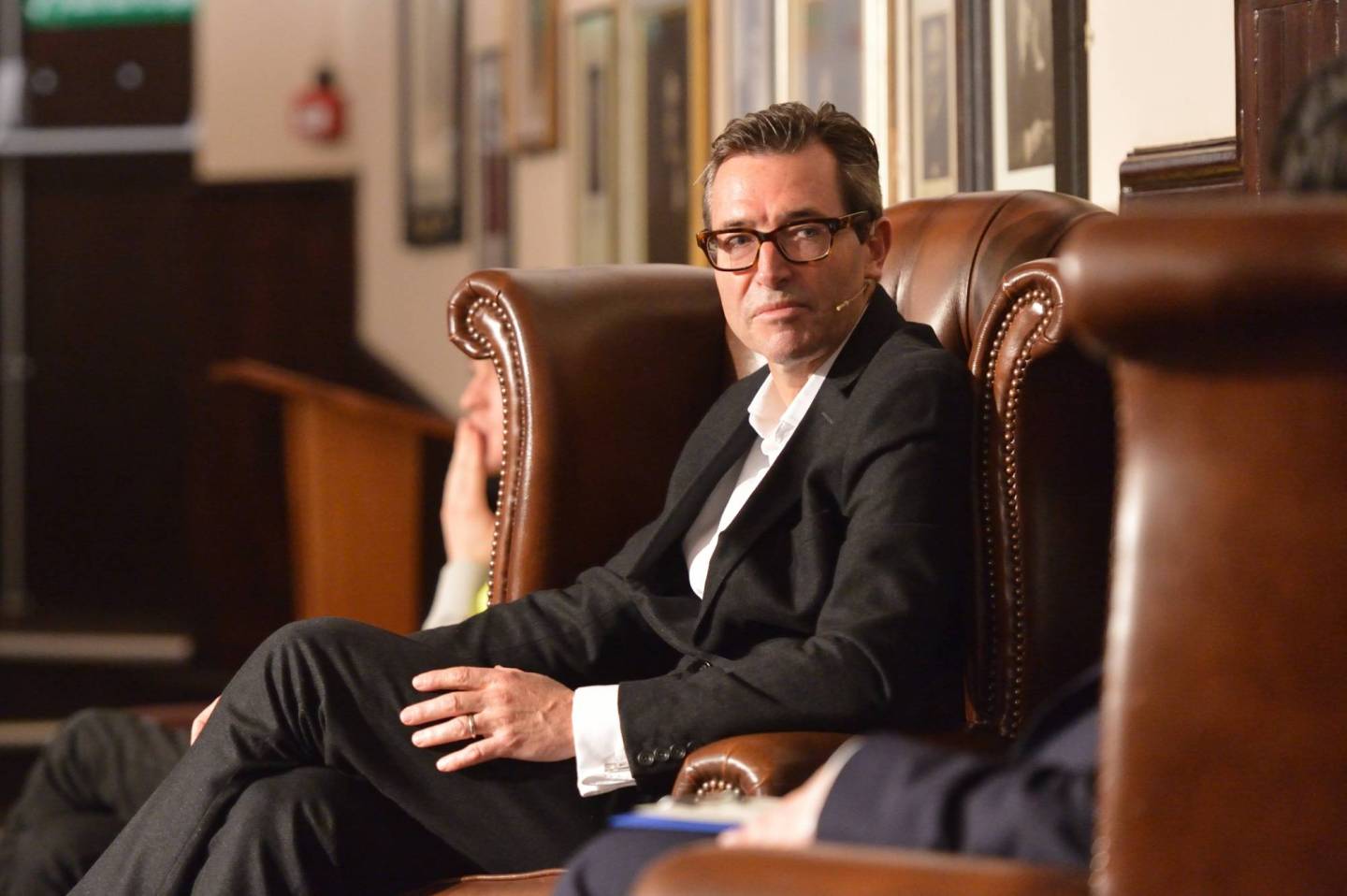 I have more than a passing interest in legacy brands defending their turfs against digital upstarts. With that in mind, I met last week in San Francisco with John Ridding, CEO of the Financial Times Group, publisher of the storied British newspaper that’s now owned by the Japanese financial news organization Nikkei.

Quite right. The FT was a lonely voice that had the audacity to charge its readers for its high-quality work. Now The New York Times, Washington Post, and The Wall Street Journal are soaring on subscription revenues—and a Trump bump that benefits the FT as well. Ridding is in a celebratory mood because the FT recently crossed a million paying subscribers. He says three-fourths of the company’s revenues are now from digital subs and a similar percentage are from outside the U.K., a complete reversal from the decade-plus-ago situation.

Ridding, whose own journalists successfully objected to his compensation package, has every right to gloat about the FT’s strategy. “A lot of news organizations have been making a lot of bad strategic decisions,” he says. “To try to win the scale war was always going to be self-defeating.” Quite right again.

While composing my Monday screed about Facebook spokesman Nick Clegg’s argument for why Facebook shouldn’t be broken up, I wrote a snarky line about the Brit having become an expert on U.S. antitrust law history. Believe it or not, I often self-edit out my snark, and I’m glad I removed that line because it turns out I’m not much of an expert on recent British political history. Clegg exited the U.K. governing coalition when David Cameron’s Conservative party was re-elected in 2015 without the help of Clegg’s pro-Europe Liberal Democrats. Therefore Clegg bears no responsibility for Brexit. I regret the error and appreciate those who called me on it.

It is tough to value an unprofitable company that faces brutal completion and has no discernible prospects of becoming profitable. With Monday’s 11% stock-price slide, Uber is now worth a bit over $60 billion, or half what its bankers once whispered it would fetch in the public markets. It’s a strange state of affair when a “failed” IPO raises $8 billion. It’s also tough to separate Uber’s Monday slide with the market’s, itself a victim of a tweet-and tariff-happy president who may not be the shrewd dealmaker he promised his voters.

Duck and cover. Tough day in the markets for Apple shareholders on Monday. The Supreme Court said a lawsuit against Apple over alleged monopolization of the iTunes app store could go forward. And the worsening trade war could hit the iPhone and other Apple devices made in China. Apple's shares dropped 6%, marking a 14% loss this month so far.

An honest day's wage. The current $15 an hour minimum wage paid by Facebook to its contract workers is going up. The workers, who do everything from moderate content to drive buses, will get a minimum wage of $20 an hour in the Bay Area, New York City, and Washington, and $18 an hour in Seattle.

Too many secrets. After a U.S. national security panel objected to China's Beijing Kunlun Tech owning gay dating app Grindr, the Chinese company must sell the app by June 2020.

Twice the view. Forget folding phone screens. Lenovo showed off a prototype on Monday of a laptop with a folding screen. The folding Thinkpad isn't expected to go on sale until next year, however.

At cybersecurity firm Symantec, director Richard Hill was named interim CEO after CEO Greg Clark stepped down to care for his ailing father. Hill is the former CEO of Novellus Systems. The company also named Vincent Pilette as CFO. He joins from Logitech, where he was CFO, and replaced Nicholas Noviello, who left in January...Docker CEO Steve Singh is leaving after two years on the job and will be replaced by former Hortonworks CEO Rob Bearden, who lost his previous gig when his company was bought by Cloudera last year.

The percentage of meals prepared outside the home has risen from under 10% decades ago to around 30% currently. But blogger and VC Alex Danco foresees a future where the combination of delivery apps and services drive the out-of-home side well above 50%. Already, a new crop of restaurants is springing up that only offer delivery.

Flexible, modular kitchens that are available for rent for any chef who wants to cook in it, and that have easy access to delivery cars and which pay for no front-of-house extras seem pretty obviously like the next iteration of back-end Cooking as a Service, and I wouldn’t be at all surprised to see them pop up everywhere soon enough. If they can collectively bring down the cost of outsourced cooking another 20-30%, I think the economics start looking pretty compelling for outsourced cooking (including delivery) to effectively pay for itself out of the savings incurred by paying for ingredients and cooking equipment in bulk. At that point, kitchens start to truly become optional.

Why Apple, Tesla, and Intel Are Helpless in the U.S.-China Trade War By Don Reisinger

American Shipping Is Dying. But We Can Bring It Back By Scott Borgerson

It's been a long time since my kids watched the PBS series Arthur, but we still have fond memories of Arthur and Buster and all the other friendly animal kids. On this week's premiere of the show's 22nd season, however, the writers went in a new direction, presenting the same sex wedding of the kids' third grade teacher, Mr. Ratburn. Very sweet.