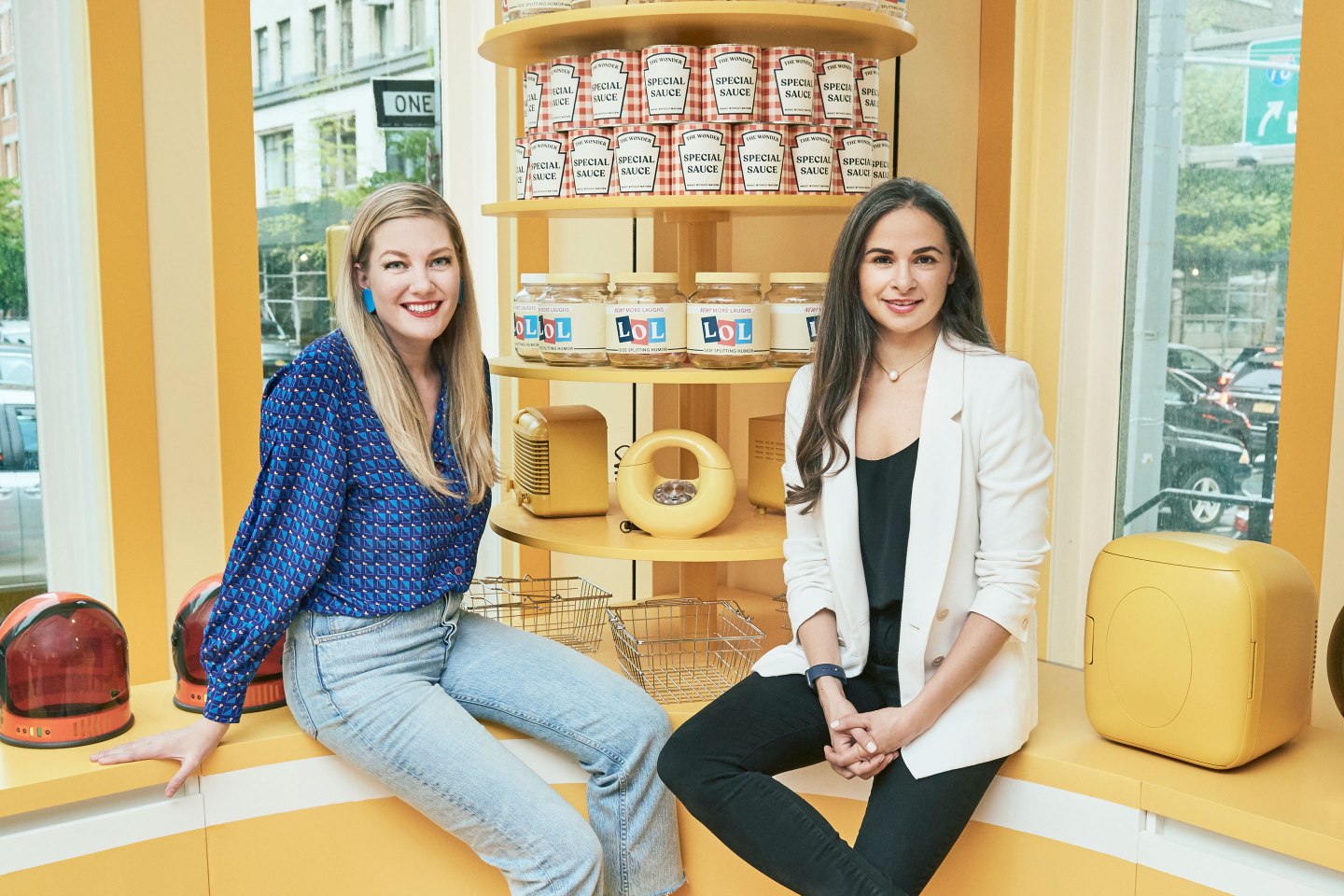 Now that the oldest millennials are approaching 40, the new frontier for venture capitalists is millennial parenthood. It’s a cohort that hasn’t hesitated to pay a premium for ease and convenience for themselves, so some investors are betting that they’ll likely do the same for their families.

That’s part of the reason a new startup called The Wonder raised $2 million for a New York “family space” set to open in Tribeca this month. Conceived and founded by Sarah Robinson, formerly of MAC Cosmetics, and Noria Morales, the former director of brand partnerships at Target, the $450-a-month members-only space allows families to swing by for children’s book clubs, after-school activities, and more. The hook? The Wonder isn’t designed to cater only to kids; it also includes adult-friendly areas, like a hidden parents-only lounge. What it does not provide, though, is childcare.

It sounds like a lot of money for something parents can, to a degree, find for free—playdates in the park or story time at the library, anyone?—but The Wonder founders say they’re going after a demographic who can afford it, and indeed, who already pay quite a lot for kid-focused activities. They estimate parents in their target customer base already spend between $3,000 and $6,000 per child annually on the kind of lessons and activities this space will offer. (The Wonder’s $4,800 annual price tag is per family, regardless of the number of children.)

“Parents are looking for community,” Robinson says—but most community-building activities and classes are either adults-only or heavily kids-focused, leaving parents to stand around watching the clock. “There was nothing for families,” she adds.

The Wonder’s investors include leader Female Founders Fund, Rebecca Minkoff, and Marissa Mayer. “They identified an opportunity that has been very underserved when it comes to families,” Female Founders Fund partner Anu Duggal says. “The fact that there needs to be a space where families have the opportunity—not just for their children—but to socially spend time with each other. It’s tied back to the rise of alternate community groups of people connecting on interest rather than something like religion.” The investment is the first in a primarily brick-and-mortar business for Female Founders Fund.

The Wonder’s design makes clear that the space has been created for families. Members enter to a Dyson-sponsored “stroller valet,” where they can park their strollers in a closet and return to oiled wheels and a full detailing. The parents-only lounge connects to the café—serving wine and “milk flights” of regular, chocolate, and strawberry—through a hidden entrance, so parents don’t have to run past their kids yelling “Mom!” to get a drink. The bathroom boasts a deeper-than-usual sink for cleaning up diaper emergencies and a hand-dryer at kid level. The track list will play clean versions of Beyoncé songs instead of the “Itsy Bitsy Spider.”

With both founders coming from backgrounds in fashion, there’s an emphasis on design. Instead of Cheerio art projects, Robinson points out kids will learn about and draw designs inspired by Japanese artist Yayoi Kusama. Morales’s own 6-year-old recently built a model of the Vessel at Hudson Yards in the Wonder’s classroom. The play area at the center of the first-floor space will showcase rotating themes, starting with a retro look tied to this summer’s 50th anniversary of the Apollo moon landing.

In a way, The Wonder flips the switch on the work-plus-childcare phenomenon. While a space like The Wing is foremost for work, now offering childcare through its Little Wing, The Wonder is first for families—with cell phone use banned in much of the space, to boot—but providing parents with the ability to pop away to send a few emails. “When I look at the landscape, activities are very much segmented—there’s stuff for kids that’s fun for the kids, and stuff for adults that the kids hate,” says Minkoff, who will lead a charades hour at the space.

The Tribeca space can fit about 300 families, and the founders are hoping to expand soon; they’re eyeing the Upper East Side and Brooklyn as possible next stops, and Robinson says they hope to scale the concept nationally to most major metropolitan areas.