Chevron Drops Out of Bidding War With Occidental for Anadarko Petroleum 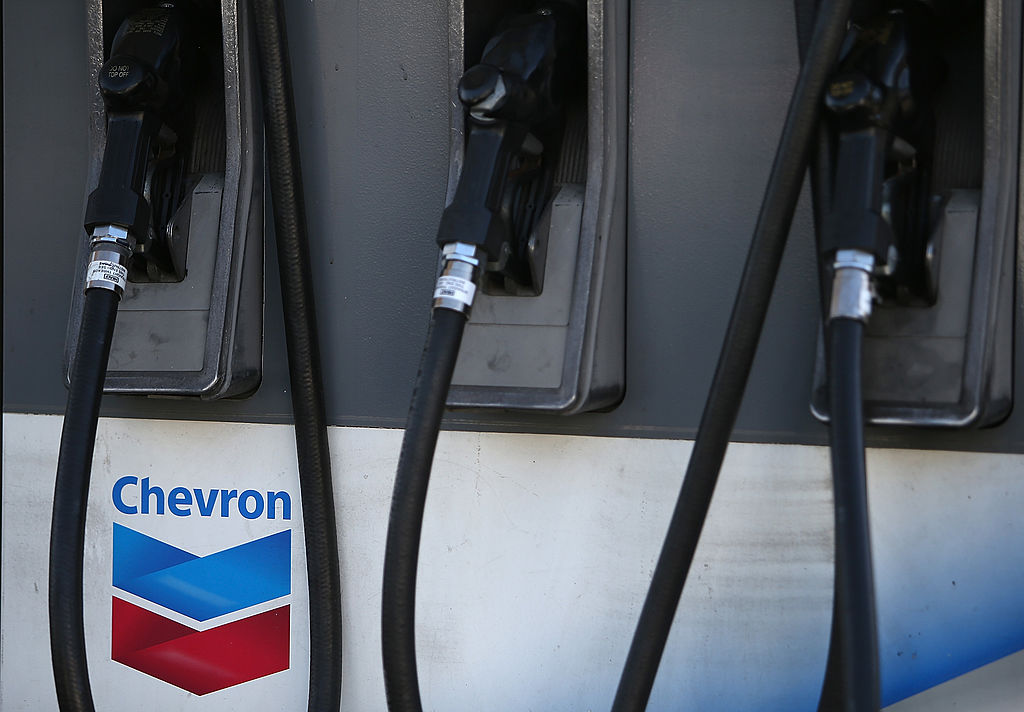 SAN FRANCISCO, CA - MAY 02: The Chevron logo is displayed on a gas pump at a Chevron gas station on May 2, 2014 in San Francisco, California. Chevron Corp. reported a 27 percent plunge in first quarter profits with earnings of $4.51 billion, or $2.36 a share, compare to $6.18 billion, or $3.18 a share, one year ago. (Photo by Justin Sullivan/Getty Images)
Justin Sullivan Getty Images

Chevron Corp. is abandoning its $33 billion offer for oil driller Anadarko Petroleum Corp., the culmination of a month-long bidding war in which Occidental Petroleum Corp. prevailed over a rival five times its size.

The most ambitious foray of Chevron Chief Executive Officer Mike Wirth’s tenure ended Thursday after the world’s third-largest oil explorer by market value elected not to sweeten an offer that fell out of favor with Anadarko directors. Chevron said it will collect a $1 billion termination fee and plans to increase its share buybacks by 25%.

Anadarko’s board embraced the Occidental proposal as superior on May 6, giving Chevron up to four days to come back with a revised offer. Anadarko was looking for Chevron to match or exceed Occidental’s proposal, people familiar with the matter said Wednesday. However, Chevron indicated that topping its rival’s offer was too risky.

“Winning in any environment doesn’t mean winning at any cost,” Wirth said in a statement. “Cost and capital discipline always matter, and we will not dilute our returns or erode value for our shareholders for the sake of doing a deal.”

Chevron’s departure leaves Occidental free to proceed with its $38 billion takeover of Anadarko that will double the acquirer’s daily output to the equivalent of more than 1.3 million barrels, on par with OPEC members Angola or Libya. The outcome also vindicates Occidental CEO Vicki Hollub, whose opening appeals to Anadarko were pilloried by prominent investors and analysts as an overreach.

Chevron is entitled to the $1 billion breakup fee under the terms of its April 12 merger agreement, which it said it now expects Anadarko to terminate. An Anadarko spokesman didn’t immediately respond to a request for comment. “We look forward to signing a merger agreement with Anadarko and realizing value for our stakeholders as soon as possible,” Occidental said in a statement.

Since the bidding war erupted publicly last month, Occidental’s smaller size and financial resources relative to Chevron handicapped its pursuit of Anadarko. Houston-based Occidental’s stock was seen as a less-robust currency than Chevron’s, a defect Hollub cured by lining up support from Warren Buffett and Total SA, and upping the cash portion of her bid to 78% from 50%.

For Chevron’s Wirth, the focus now shifts to what to do with the company’s $74 billion pile of cash and unused shares. One of the key attractions of Anadarko was its presence in the Permian Basin of West Texas and New Mexico, which has evolved into the world’s most prolific oil field. Replete with oil-exploration companies, the region may represent Chevron’s richest hunting ground.