The Prize for Winning Energy’s Biggest Takeover Battle? An Oil Field Half the Size of California 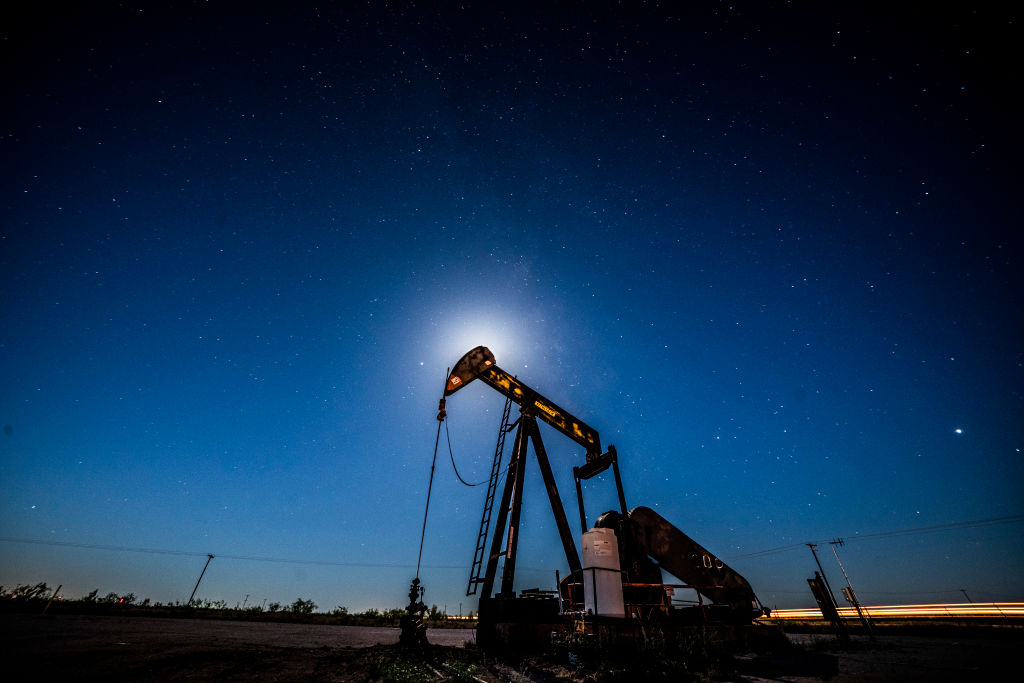 MIDLAND, TX - MAY 5: Workers extracting oil from oil wells in the Permian Basin in Midland, Texas on May 5, 2018. Oil production has been causing a sudden influx of money especially for local Texans despite the consequences to the natural environment. (Photo by Benjamin Lowy/Getty Images)
Benjamin Lowy—Getty Images

The Chevron vs. Occidental battle to buy Anadarko Petroleum is the biggest, twistiest corporate takeover tussle the energy industry has seen in years. But it’s not just entertainment: at stake is nothing less than a battle for the heart of the U.S. shale boom.

The prize is the right to dominate the Permian Basin, a field that produced 4.1 million barrels per day of crude in April alone, according to the U.S. Energy Information Administration. That makes it the second-largest producing field in the world after Saudi Arabia’s Ghawar field—with some expecting it to become the world’s largest within years.

The Permian Basin stretches across a largely rural swath of more than 75,000 square miles in west Texas, from near the Mexican border up into the southwest corner of New Mexico, an area nearly half the size of California. From a (simplified) geological standpoint, it marks the location of vast ancient lakes, which left sediment behind.

The basin has been an active source of crude oil for at least 100 years, but its peak output was over by the end of the 1970s, according to the EIA. But new technology revived output, with methods including hydraulic fracturing—commonly known as fracking, which works by shooting high-powered jets of water into underground rock formations—forcing out hard-to-get oil and gas.

From 2010 to 2019, production from the basin skyrocketed, according to the EIA. Daily oil output more than quadrupled; daily gas output more than doubled. The region is now responsible for about a third of total U.S. oil production.

The shale boom—which refers to the kind of sedimentary rock the resources are extracted from—has upended the global energy industry. It’s turned the U.S. from a net importer to a net exporter, sent oil prices tumbling, and put the U.S. on track to be the world’s largest crude oil exporter by 2024, surpassing Saudi Arabia, according to the International Energy Agency.

Battling for the Basin

Chevron, Occidental and Anadarko are all present in the Permian basin, with Chevron the top producer in the region, according to Rystad Energy. But Anadarko has rights to more than 900 square miles in the basin, and acquiring it would cement Chevron’s dominance in Texas, or produce a new Permian giant in Occidental.

The battle to buy Anadarko’s stake in the Permian is also a bet that the Basin can keep producing. But the Permian Basin is a fairly safe option: it has the largest proved shale reserves in the U.S. Meanwhile, Occidental specializes in an unconventional drilling method that injects CO2 into formations to get greater returns from locations with lower output.

Anadarko has projects in other countries, too, particularly a major LNG project in Mozambique, and that’s attractive to Chevron, a major international player. But the prize here, for Occidental at least, is all-American.

The favorite—and the underdog

The battle for Anadarko morphs a classic David and Goliath story into a love triangle.

Chevron is by far the largest of the three, coming only second to ExxonMobil for U.S. energy companies, and clocking in at more than four times the size of Occidental by market value; Occidental is itself only barely bigger than Anadarko.

That hasn’t prevented Occidental’s CEO, Vicki Hollub, from courting the company aggressively. Hollub, a mechanical engineer, obsessive football fan, and one of the industry’s only female CEOs, has emerged as the main personality in the drama, pulling out all the stops to woo the company and dodge her own shareholders.

Occidental was already courting Anadarko when the company decided to go with an offer from Chevron of $33 billion, or $65/share, on April 12. That prompted Occidental to go public with a higher offer, of $38 billion or $76/share.

But Anadarko still said no.

So Hollub pulled off several gutsy maneuvers designed to win them over. To address concerns that Occidental wouldn’t get shareholder support to push the deal through, she tweaked the offer to make it 78% cash, with the remaining offer in shares. That proportion sidesteps the need for shareholder approval.

To afford it, she got backing: $10 billion from Warren Buffett’s Berkshire Hathaway, and a pledge from France’s Total that the company would buy Anadarko’s assets in Africa for $8.8 billion if the deal goes through.

The plan worked: on Monday, Anadarko said it officially considered the Occidental offer “superior” to Chevron’s. To accept, the company will owe Chevron a $1 billion break-up fee.

It’s not over yet

There’s likely more to come. Chevron now has until Thursday, and possibly longer, to respond with a counter-offer.

But even if Chevron admits defeat, Hollub could still face her own speed bumps in the form of pressure from shareholders who think the offer is too expensive, and aren’t thrilled about being sidelined by the mostly-cash offer.

Occidental’s annual general meeting is this Friday, and shareholders, including T. Rowe Price, said they would vote against the board of directors in protest.