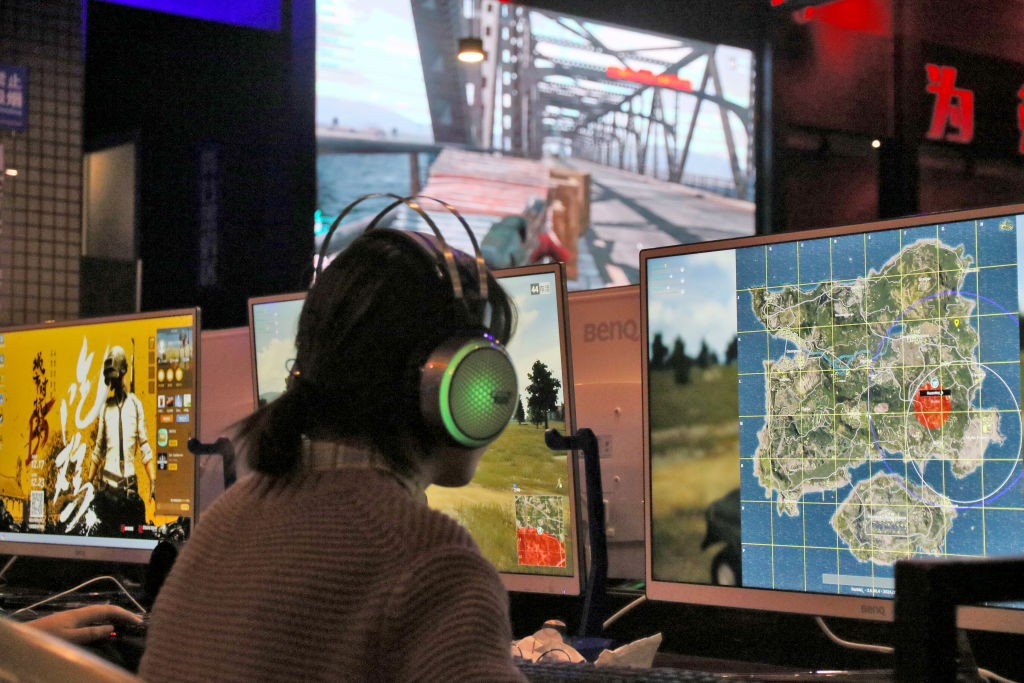 The Chinese tech giant Tencent Holdings just shut down what should have been its most profitable mobile game, the international smash-hit PlayerUnknown’s Battlegrounds (PUBG), and replaced it with a lookalike that doubles as a tidy piece of propaganda.

Developed by South Korean game maker Bluehole, PUBG is among the world’s best-selling games, with over 400 million players worldwide. The battle royale-style shooter earned its publishers $920 million last year, but returns haven’t been good for Tencent, which licensed a mobile version of the game for China in November 2017.

China accounts for 29% of PUBG Mobile’s global downloads, but government regulators denied Tencent permission to monetize the title, permitting millions of players to fight through the game’s virtual battlefields for free. After waiting over a year to capitalize on that popularity, Tencent abruptly announced on Wednesday that PUBG’s “testing period” had come to an end.

Wednesday morning, gamers who tried to open PUBG’s app were greeted with a message saying the service was down for maintenance. By the afternoon, the message had changed to say PUBG wasn’t coming back. In its place, however, Tencent has released a new game and this one has a much loftier title: Game for Peace.

Game for Peace, like PUBG, is an all-versus-all multiplayer shooter, where gun-toting avatars compete to be the last left alive. The game is such a complete substitute for Tencent’s now-defunct PUBG that, reportedly, the Game for Peace icon automatically replaces PUBG’s when downloaded. For Tencent, however, a key difference is that regulators have greenlit Game for Peace for monetization.

Game approvals in China suffered a nine-month hiatus last year after an administrative reshuffle in March created a major backlog plus a breakdown in command. Two bureaus previously in charge of approving games were consolidated into a new office, called the State Administration of Press and Publication (SAPP). Tencent, which makes two thirds of its revenue from gaming, watched its shares plummet over 30% during the freeze, shedding $180 billion in market value.

SAPP only began approving new games in January and last month issued new guidelines for games that blacklisted certain content. Games are no longer allowed to show corpses, for example, or pools of blood. Despite its violent gameplay, Game for Peace somehow passed that criteria.

According to Tencent, the recruitment wing of the PLA Air Force was a consultant during the game’s development, which might have helped win approval. Although gameplay focuses more on land combat than dogfights, Tencent has billed Game for Peace as “a tribute to the warriors who defend China’s air space.” Screenshots show that a logo for the Air Force recruitment bureau is even displayed on the game’s loading screen.

Besides the propaganda, Game for Peace also carries Tencent’s latest anti-addiction protocols, which the company began introducing in 2017 after Beijing unofficially called Honor of Kings, then the developer’s most popular game, “poison.” Under Tencent’s new policies, Game for Peace players have to be at least 16 years old and those under 18 are limited to just two hours of gameplay per day.

The Beijing-approved shoot-’em-up could be a big hit for Tencent. The company’s Hong Kong shares jumped 1.3% after the new game was announced and analysts expect it to become a major earner for the company’s embattled game sector.