Everything You Missed at This Weekend’s Berkshire Hathaway Meeting 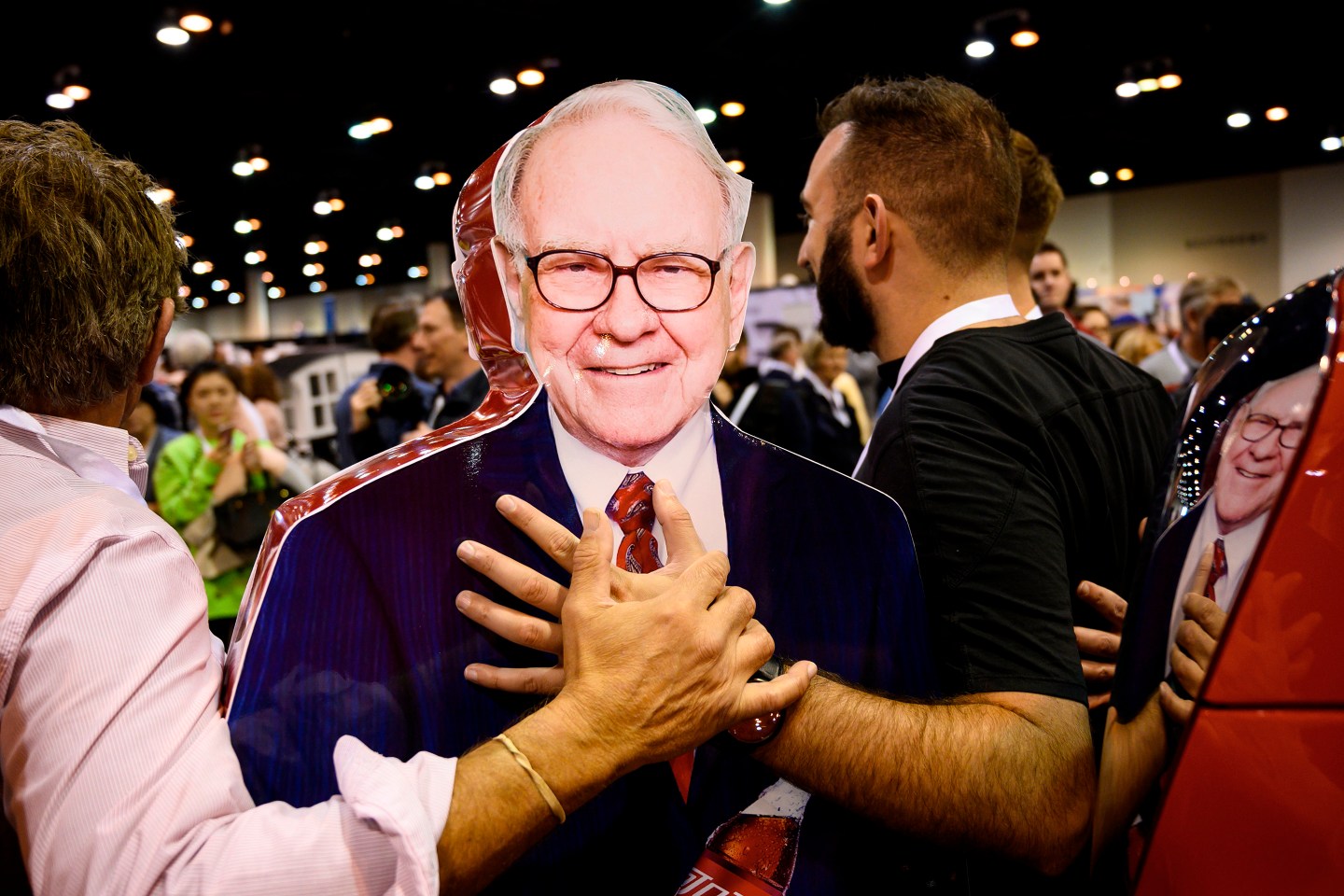 Warren Buffett and his business partner Charles Munger held court for more than five hours at the Berkshire Hathaway annual meeting, fielding questions from shareholders and imparting their views with their usual wisdom, wit and down-to-earth personalities.

The 2019 meeting took place on Saturday in Omaha, where the conglomerate is based, and topics ranged from succession plans to share buybacks to value investing. The billionaire Buffett is known for boiling down complex issues into simple explanations so even novice investors can follow along. Here’s everything you missed from this year’s “Woodstock for Capitalists.”

Berkshire has been buying Amazon.com shares, and the purchases will show up in a regulatory filing this month, Buffett revealed. He earlier told CNBC that he’s been “a fan” of the online retail giant and was “an idiot for not buying” shares earlier. Buffett has said that he mostly avoided technology stocks because he didn’t understand the sector. “There were a huge number of people that knew more about the game than I did,” Buffett said. “We don’t want to try to win a game we don’t understand.” Indeed, the sprawling conglomerate runs companies that include insurers, utilities, railroads and retailers. Berkshire also has a large portfolio of stock investments in companies such as Coca-Cola and Bank of America. Buffett said one of his managers made the Amazon.com investment. (Portfolio managers Todd Combs and Ted Weschler each manage about $13 billion for Berkshire. Buffett is chairman and chief executive officer; Munger serves as vice chairman). Buffett said the investment fits with his value-investing philosophy, with his money managers looking at financial metrics such as sales, cash and debt. Berkshire’s investment in Apple Inc. also was made by one of his deputies. Buffett said he’s bullish on Apple – and Apple CEO Tim Cook was in the audience. Munger lamented missing some early technology bets such as Google. “We just sat there sucking our thumbs,” he said.

Why Not More Buybacks?

Berkshire is sitting on a cash pile of more than $100 billion, and investors are eager to see how he plans to deploy it. First quarter earnings posted ahead of the meeting showed that Berkshire repurchased $1.7 billion of Class A and Class B shares. Even with the buybacks, Berkshire still had more than $114 billon in the first quarter.

“We will buy stock when we think it is selling below a conservative estimate of its intrinsic value,” Buffett said. Munger added that he thought Berkshire would “get more liberal in repurchasing shares.” Buffett said buying back shares is beneficial to Berkshire shareholders, but a pile of cash won’t influence the timing. “We want to be sure when we repurchase shares that people who haven’t sold their shares are better off than before,” he said. ‘Sky-High Prices’ Shareholders also want to know if he’ll use the cash for deals. Buffett, who built Berkshire with acquisitions of undervalued companies and stock picking, said in the annual letter that he wants to make an “elephant-sized” purchase but couldn’t because “prices are sky-high.” Last week Berkshire agreed to invest $10 billion in Occidental Petroleum Corp. in its bid to buy Anadarko Petroleum Corp. Buffett said he’s ready for more opportunities like that, as other companies see how quickly that deal came together. He said if there are even larger transactions, “they’ll think of Berkshire Hathaway for sure.” Kraft Heinz Headache Berkshire’s first-quarter results excluded Kraft Heinz Co., which hasn’t filed its 2018 earnings with the Securities and Exchange Commission. Berkshire took a $2.7 billion hit in the fourth quarter from its stake in the consumer goods giant, which took a write down on several assets. Buffett reiterated that Berkshire and private equity firm 3G Capital overpaid for Kraft and that the company is doing well operationally. (As for first-quarter results, Berkshire posted more than $20 billion in net earnings in part to higher insurance investment income).

Defending Wells Fargo Munger defended Tim Sloan, the ousted CEO of the embattled Wells Fargo bank. Berkshire is Wells Fargo’s largest shareholder, owning a nearly 10% stake in the beleaguered bank. “I wish Tim Sloan was still there,” Munger said. Buffett said Wells Fargo “made some big mistakes,” in not dealing with the sales practice scandal sooner. “They incentivized the wrong behavior.” “When you find a problem you have to do something about it,” he added.

One question focused on increasing criticism of capitalism. “I’m a card-carrying capitalist,” said Buffett, a longtime Democrat. “You don’t have to worry about me changing in that matter. I also think capitalism does involve regulation. It involves taking care of people who are left behind.” “I don’t think the country will go into socialism in 2020 or 2040 or 2060,” he said.

Buffett is 88 and Munger is 95. Buffett didn’t directly answer questions about who will eventually take over. Longtime Berkshire executives Greg Abel and Ajit Jain are the favorites to take the reins from Buffett and were promoted last year. Abel leads Berkshire’s noninsurance businesses and Jain runs all of the insurance-related business. “These moves were overdue,” Buffett wrote in the annual letter in February about the promotions. “Berkshire is now far better managed than when I alone was supervising operations. Ajit and Greg have rare talents, and Berkshire blood flows through their veins.” Buffett and Munger shared the stage at an arena in Omaha for the meeting but shareholders got to hear Jain and Abel answer questions on insurance and energy investments. Setting the stage for the future? “By any yardstick you use I’m going downhill,” Buffett said about aging. He said if he took the SAT test now and compared it with a score from his younger self, it would be “embarrassing.” Still, “I do think I know a lot more about human behavior than I did when I was 25 or 30.”