What It’s Like to Stay at a Remodeled Trump Hotel 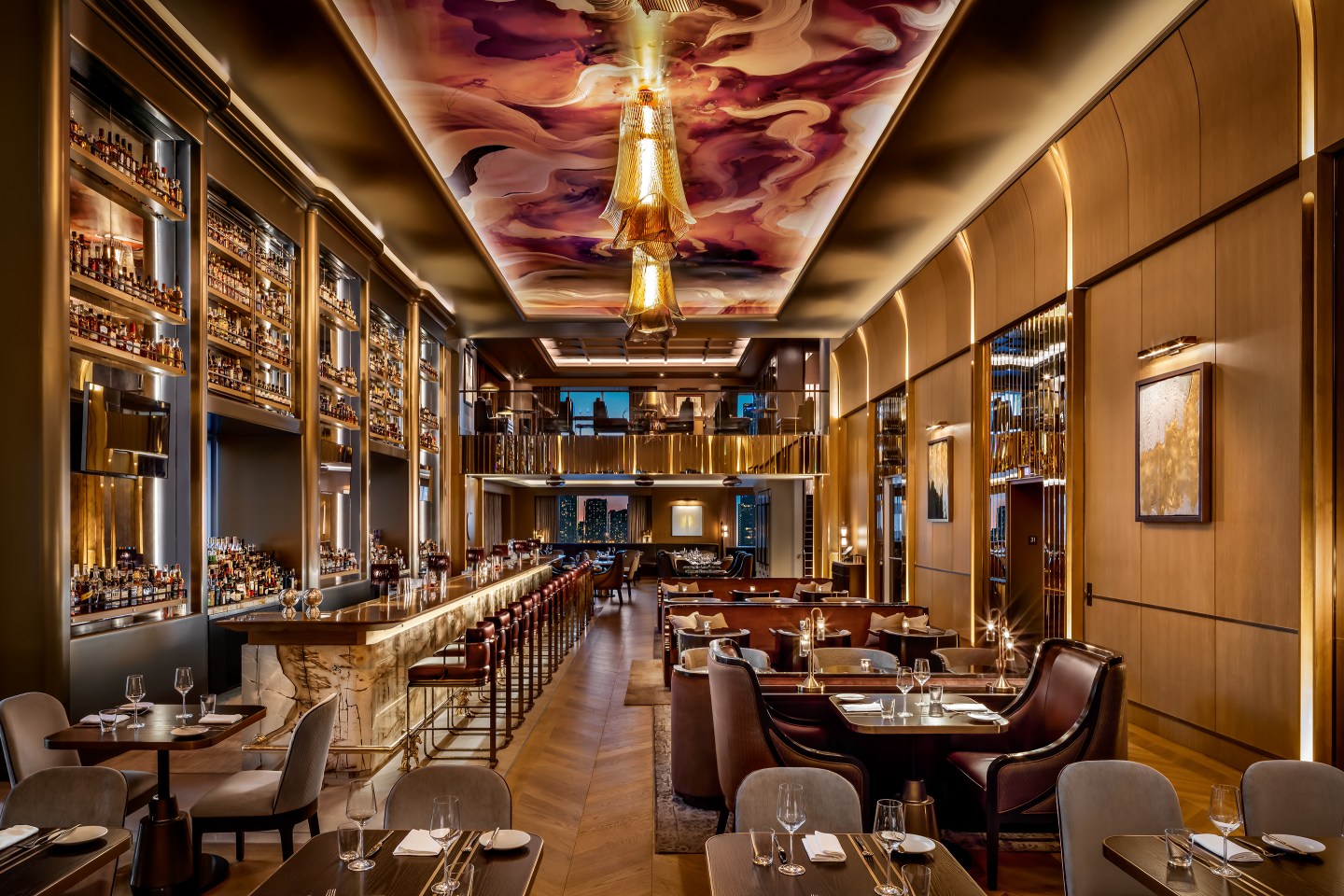 When the Trump International Hotel and Tower in Toronto, Canada went into receivership (essentially, bankruptcy) in the summer of 2017, the first thing the investment group that bought it did was chip off the giant gold letters identifying it with the brand of the current president of the United States.

By the time it reopened as a St. Regis Hotel at the end of 2018, the building had undergone a full brand transformation—from one of American excess to a celebration of Canada—if not as complete a physical one as guests might have hoped.

Though Trump was never an owner, the hallmarks of his brand—gaudy and opulent, to the point of excessive—remain after the changeover. Peeling spots mars elegant desks, and everything looks a little tired in the guest rooms. But the hotel has no plans to update them.

The renovation marks the first St. Regis to open following the Marriott-Starwood merger in 2016. It also, notably, never closed throughout the transition, first from Trump brand to a brandless hotel called The Adelaide, then to the current St. Regis form—retaining all staff in the process. “It was like changing the tires on a car, but it’s moving and also we’re turning it into a Bentley,” says the hotel’s marketing manager, Alex Marconi. The hotel was sold out on November 28, 2018, the night of the changeover, in fact, so the staff had to wait to switch all the collateral in the rooms out until guests checked out.

That’s a far cry from the scene at the end of the Trump days. The building had run into legal trouble relating to investors who believed they were misled, attracting protests against Trump’s policies and treatment of women, and even proposed to remove the name from the building earlier by a politician who believed Trump’s rhetoric meant his name had no place on Toronto’s skyline.

The only thing deemed more offensive than the outside of the former iteration of the hotel was the inside, where the name of the restaurant atop the skyline of Canada’s biggest city was called America. “The food is amazing,” read the headline of the spot’s 2014 review in the Globe and Mail. “But you shouldn’t eat here, ever.”

Marconi says he thinks every Torontonian read the review, which detailed the behavior of the “tacky, new-money” clientele (“If you build it, creeps will come”), the degrading uniforms of the female staff, and inordinately awful service that was “as if nobody had ever worked in a real restaurant before.” After dark, it turned into a nightclub, and the “America Girls” added blonde wigs to their skimpy outfits.

I met Marconi at the remodeled version of the 31st floor restaurant, now called Louix Louis, with a much more professional mentality among the waitstaff, all of whom were wearing a much more reasonable amount of clothing. The restaurant, like much of the St. Regis-branded experience, mixes classic luxury with local touches. Themed on the history of Canadian whisky, the ceiling features a mural by a local artists called “Bouquet of Whisky,” and the menus feature local oysters, Nova Scotia Caviar, and a signature Bloody Mary, named the Rouge 140, named for the number of languages spoken in Toronto and made with a spice blend representative of many of those cultures.

The St. Regis, despite also being part of a U.S.-based hotel chain, manages to imbue the building with a surprising amount of local flavor. The 65-story hotel has 258 rooms and a lobby café/bar that serves afternoon tea on weekends. The tea itself—including the hotel’s signature blend—comes from local Sloane Fine Tea Merchants, a female- and immigrant-owned business in Toronto. The hotel is smack-dab in the middle of Toronto’s bustling downtown, and at every turn, it looks to integrate into the city and lift up locals, the very opposite of its cursed predecessor.

The St. Regis swept into Toronto with the goal of a “new era of glamour,” Marconi explains, and part of that meant looking at how the iconic luxury brand could be executed through the community. “It’s important to be inspired by, to pay respect to our people, important to us to honor the land that we are on, as Canadians,” says Marconi. “We can’t lose that.”