Eye on A.I.— Retail Has Big Hopes For A.I. But Shoppers May Have Other Ideas 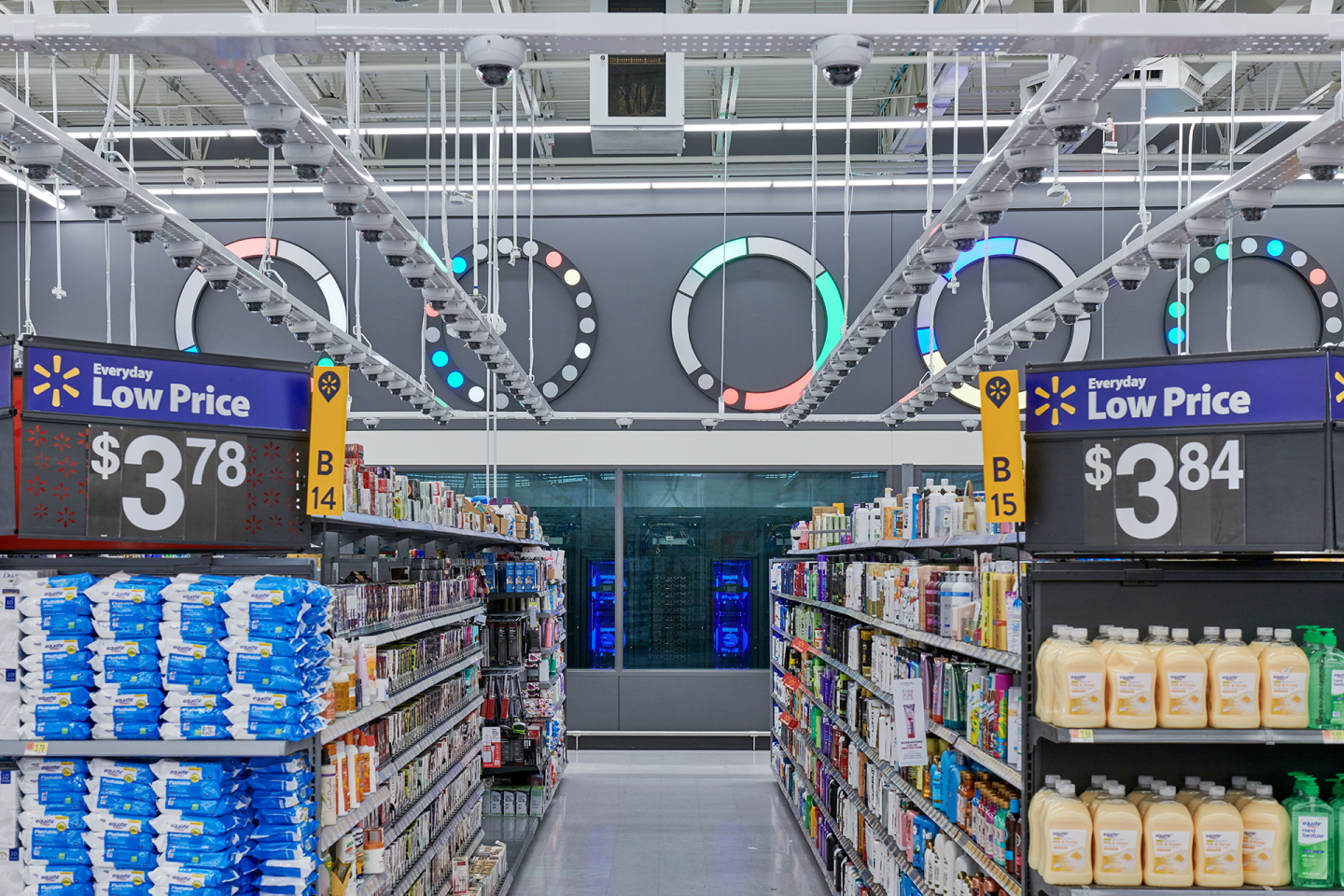 Walmart has opened a store in Levittown, N.Y. that is intended to showcase the power of artificial intelligence.

The store, announced last week, is packed with video cameras, digital screens, and over 100 servers, making it appear more like a corporate data center than a discount retailer.

All that machinery helps Walmart automatically track inventory so that it knows when toilet paper is running low or that milk needs restocking. The company’s goal is to create “a glimpse into the future of retail,” when computers rather than humans are expected to do a lot of retail’s grunt work.

Walmart’s push into artificial intelligence highlights how retailers are increasingly adding data crunching to their brick and mortar stores. But it also sheds light on some of the potential pitfalls as consumers grow increasing wary of technology amid an endless stream of privacy mishaps at companies like Facebook.

Walmart isn’t alone, of course, in trying to reinvent itself in an industry that is facing a huge threat from tech-savvy Amazon. Grocery chain Kroger, for instance, said earlier this year that it had tapped Microsoft to help it build two “connected experience” stores in which shoppers would, among other things, get personalized deals—possibly on their phones as they walk inside or on screens mounted on the shelves.

Mark Russinovich, the chief technology officer of Microsoft Azure, told Fortune in a recent interview that such futuristic stores would need to handle their data crunching nearby, rather than doing it far away in the cloud—to avoid lag time. Equipping these Internet-connected stores could be a lucrative business for companies like Microsoft that want to sell computing power to retailers.

The vendors even have a name for this emerging market—edge computing. But there’s no guarantee that retailers will be saved by it because consumers may balk at cameras tracking their movements while they walk up and down the aisles and being bombarded by discount offers.

In apparent anticipation of the blowback, Walmart has filled its new store with kiosks that tell shoppers more about the technology it has installed. For retailers to be successful, consumers must feel comfortable about how their data is being used and with how they’re tracked.

Companies that pitch A.I. as the future shouldn’t just assume that customers will go along for the ride.

Facebook’s A.I. failure. Facebook said that its A.I. systems failed to detect a video by the New Zealand mosque shooter because the video was taken from a first-person point of view. But tech publication Motherboard fed some of the New Zealand shooting footage into Amazon’s image and video detection software and found that it was able to detect guns and weapons.

Driver’s Ed needs an update. As more companies like Tesla debut autonomous-driving features, drivers should be trained to use them, said auto news site Jalopnik. The report details how airline pilot training evolved as the aviation industry introduced automation, and suggests the similar training is necessary for drivers so that they know how to safely use self-driving features.

Slack’s not slacking on A.I. Workplace chat company Slack filed last week to list its shares directly on the New York Stock Exchange. The filing repeatedly mentions the use of machine learning technology to improve how its chat app recommends relevant topics, people, and documents in workplace discussions.

Despite machine learning's buzz in the business world, few companies are widely  using the technology and are instead testing it, according to tech publication ZDNet. For those starting out, Warwick Business School associate professor Dr. Panos Constantinides recommends that companies try machine learning in non-critical areas of their operations like chatbots that field customer inquiries.

The Lustgarten Foundation named Elizabeth Jaffee as its chief medical advisor and that she will help develop a national pancreatic cancer database based on data from clinical and non-clinical trials. Jaffee is also the deputy director of the Sidney Kimmel Comprehensive Cancer Center at Johns Hopkins University School of Medicine.

The University of Chicago’s National Opinion Research Center picked Susan Paddock as its executive vice president and chief statistician. She was previously a senior statistician at the RAND Corporation think tank.

Ludwig-Maximilians University of Munich and the Schoen Clinic Schwabing in Munich were among the institutions that published a paper about using deep learning techniques to better screen for hard-to-detect body movements related to Parkinson’s disease. The researchers used wearable devices containing motion sensors to gather data from patients, and then used a variety of machine-learning and other statistical approaches to analyze the information.

A.I. in the power grid. Researchers from the Global Energy Interconnection Research Institute North America published a paper about using reinforcement learning—in which computers learn from repetition—to automatically control voltage settings in a power grid. The researchers used a power grid simulator from the Pacific Northwest National Laboratory as a test bed for its Grid Mind A.I. system.

Remembering an A.I. pioneer. Prominent computer scientist Nils Nilsson died last week at his home in Medford, Ore. Nilsson is considered a pioneer in artificial intelligence and robotics, having worked with neural networks—software that learns from data—decades ago. One of his most popular creations was an autonomous robot named SHAKEY, that when wirelessly connected to mainframe computers of the early 1970’s, could move around rooms and avoid obstacles. Deep learning expert Daphne Koller told The San Francisco Chronicle about her memories of Nilsson: “Every time when I had any questions about how to navigate a complex advising situation or such, I always knew I could go to him and he would have sage advice and really useful insights.”