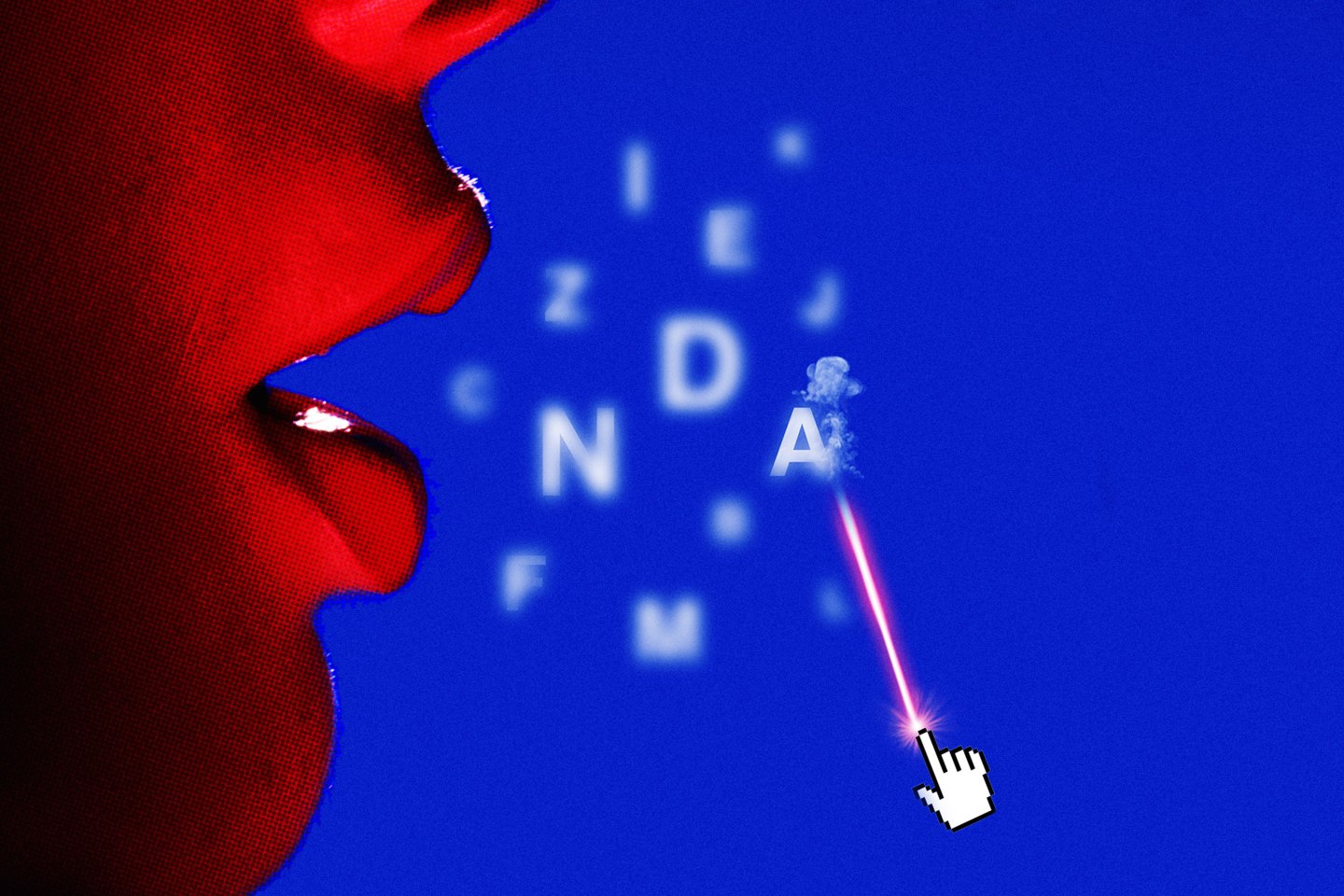 Accept a Job at any Silicon Valley company, and chances are someone will ask you to sign a nondisclosure agreement. These documents, dubbed “contracts of silence” by academics, were once only required of senior managers, but today they are as common in the tech world as fleece vests.

At companies like Google, Apple, and Amazon, every low-level employee or contractor is expected to sign an NDA, and so are vendors and visitors. The contracts typically don’t specify a dollar figure for violating the terms, but they do make one thing clear: Anyone who talks too much—about anything from their salaries to their manager’s weird behavior—may be sued.

NDAs have played a central role in a number of recent tech industry controversies, raising new questions about their proliferation and scope. While businesses insist the agreements are necessary, critics say they scare people from talking about the darker sides of the industry.

When sexual harassment allegations roiled companies, including Uber, some tech workers blamed the agreements for preventing victims from speaking out. When employees at blood-testing startup Theranos grew suspicious about potential fraud by executives, they feared sounding the alarm publicly.

It wasn’t always this way. According to Orly Lobel, a University of San Diego law professor who studies the agreements, NDAs became common in the 1970s as a way for tech firms to protect trade secrets, and that remains their main stated objective. Since then, however, they’ve morphed into an all-purpose cudgel to control employees and suppress criticism.

In recent years, Lobel says, companies have even started using them to prevent employees from publicly disclosing their salaries—a subtle attempt to cap wages. The muzzle could also thwart women and minorities from exposing unequal pay, a problem that many tech companies have, until recently, downplayed.

“The companies are trying to signal to employees that everything is off-limits and is proprietary,” says Lobel.

This situation is unlikely to change anytime soon. While legal experts suggest judges would declare many broad NDAs unenforceable, and federal laws protect employees’ right to discuss working conditions, the issue has barely been tested in court. The reason is obvious enough.

“These agreements have the effect of terrorizing people,” says Widener University law professor Alan Garfield, a longtime critic of NDAs. “Maybe you do have a good public policy claim, but who wants to risk having high-powered lawyers threatening to sue you?”

However, such examples are outliers. As for companies like Facebook, Google, Apple, and Amazon, all of which declined to comment for this story or did not respond, they have every incentive to impose NDAs as widely as possible. Even if the contracts are on shaky legal ground, the possibility of a court challenge is remote, and there is no punishment for asking people to sign even the most outlandish NDAs. And while prospective employees could demand less restrictive NDAs as part of their salary negotiations, only the most brave (or foolish) would do so.

The upshot is that, for now, any checks on the use of NDAs may have to come from political leaders. In the same way that state attorneys general have begun to target the misuse of noncompete agreements that limit employees when switching jobs, lawmakers theoretically could punish companies that use NDAs for anything other than protecting bona fide trade secrets.

Both Garfield and Lobel also point to whistleblower laws and so-called anti-SLAPP statutes (which typically let targets of frivolous libel lawsuits collect attorney fees) as other examples of legislation aimed at promoting transparency and free speech. Such reforms take time, however, meaning tech companies will continue to require NDAs of all comers.

A version of this article appears in the May 2019 issue of Fortune with the headline “Don’t Tell Anyone.”