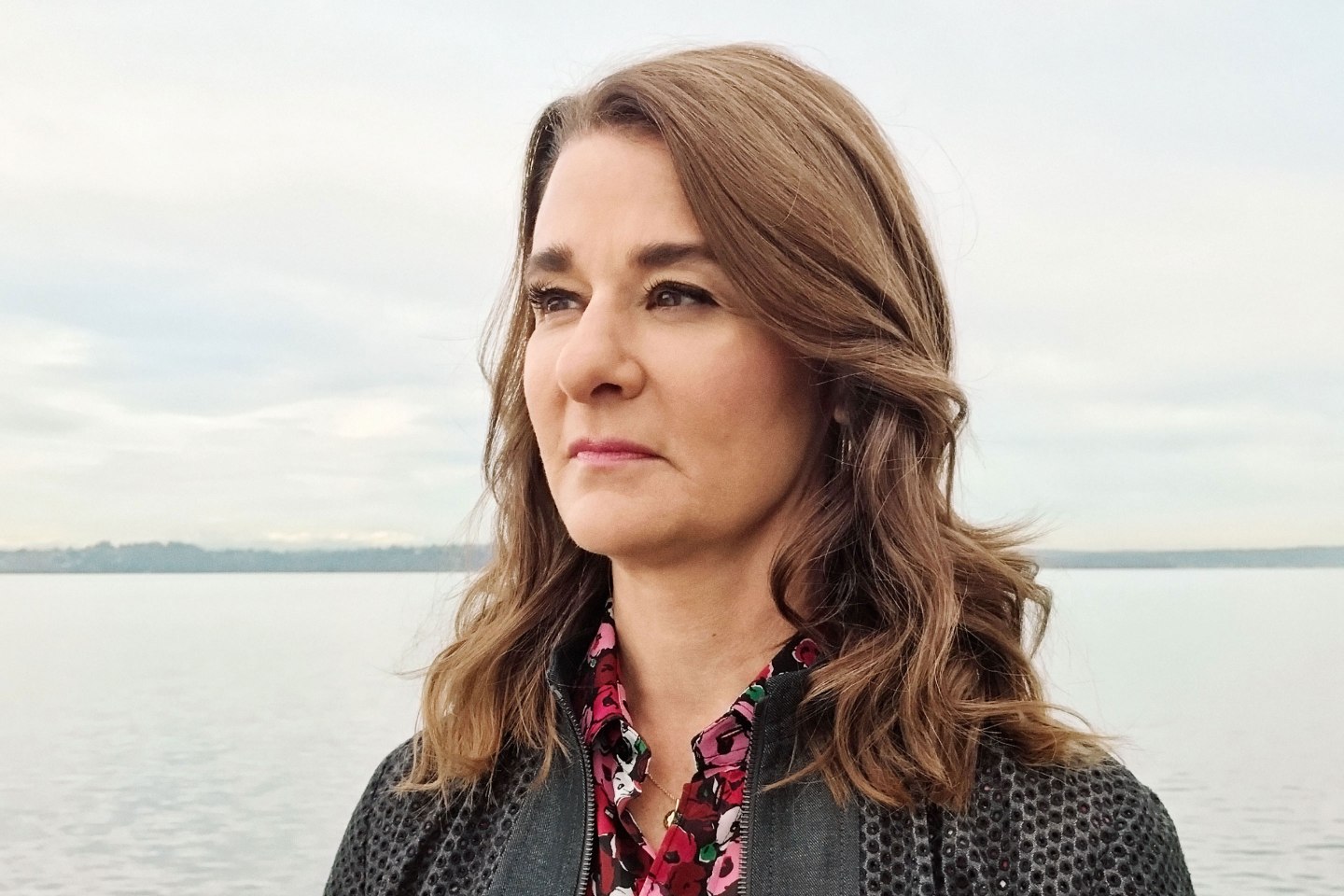 Melinda Gates’ new book, The Moment of Lift: How Empowering Women Changes the World, takes readers on a journey through many of the regions where the eponymous foundation she leads with her husband Bill Gates attempts to affect change. But one of the most fascinating chapters of her book, titled “The Silent Inequality,” takes place at least partly in her own backyard.

Gates writes eloquently and powerfully about the disproportionate amount of so-called “unpaid work” that millions of women do each day, from cooking to cleaning to childcare. The phenomenon is something she has struggled with in her home too, and over the course of the chapter, Gates opens up about the efforts she and her husband, the founder and former CEO of Microsoft, have made to get to equality at home.

Gates is the first to acknowledge that she has been incredibly privileged in life. But her personal challenges with the inequality of unpaid work strengthens her argument about the universality and severity of the problem. “On average, women around the world spend more than twice as many hours as men on unpaid work,” writes Gates. “But the range of the disparity is wide.” In poorer countries, women tend to spend even more time on unpaid work, deepening the divide between their opportunities outside of the home and those of the men around them.

In one telling (and hilarious) anecdote, Gates writes about how, when her daughter Jenn was in kindergarten, she had to drive back and forth to her school twice a day, a forty-minute commute each way. She told her husband about her frustration with spending so much time in the car every day, and he offered to take on some of the drop-offs. About three weeks in, she started noticing more dads than usual dropping their kids off in her daughter’s class. Gates went up to another mom and asked what was going on. The other mom replied: “When we saw Bill driving, we went home and said to our husbands, ‘Bill Gates is driving his child to school; you can too.'”

Through her book, Gates addresses many other challenges that impact women across the world, from child marriage to lack of access to contraception, along with solutions and countless personal stories from the women she has met through her work and travels. Fortune caught up with Gates to find out more about why she wrote the book, how to alleviate the inequality women contend with, both in and out of the home, and what it was like to share aspects of her own life story with her readers. An edited transcript of the interview follows.

Fortune: You’ve been doing this [philanthropy] work for 20 years. Why write a book about it now?

Melinda Gates: I’ve been thinking about writing a book for the past three or four years, and with the MeToo movement, it just felt like it was exactly the right time. I think the MeToo movement around the world has created this window of opportunity to start pushing again for women’s equality, but I know that window is going to close at some point. And we need to keep the window open because equality can’t wait. We’ve got to get women and people of color to equal all over the world, so this just seemed like exactly the right time to write this book, to start showing some of the ways I’ve learned about the importance of empowering women all over the world in the last 20 years.

One of the chapters in your book is about unpaid work. You refer to this as “a burden that binds many women together.” Can you explain why this is such a barrier to women in both poor and rich countries?

Economists measure productivity in terms of what happens in the workplace and they didn’t ever bother to measure all of the unpaid work that goes on outside of the workplace. They didn’t even really call it work. But whether you are doing homework with kids, filling insurance forms, reconciling your bank account, gathering wood, or carrying water from a well, those tasks take minutes and hours. And yet all of this work is what women predominantly do around the world. Our economies are built on the back of that labor. Unless we recognize it and truly call it what it is, we won’t have the opportunity to redistribute the work or figure out other means to make some of that work easier.

So by calling out this societal issue all over the world, I hope to wake people up, men and women. Some of these [types of unpaid work] are things we absolutely want to do—caring for a loved one at the end of their life or holding your young baby in your arms. But some of it, quite honestly, is menial work—loading the dishwasher or getting water out of a well. Those are not meaningful tasks, and yet somebody has to do them. We need to think about how that labor is distributed in our own homes and our own communities.

Do you think economists are doing a good enough job of tracking this type of unpaid work now? What else should be done and how should this information be factored into setting policy?

I think economists are finally beginning to measure this. Of course there is more work to be done. Some of the statistics are still quite light. The fact that women in India do six hours of unpaid work to a man’s one hour of unpaid work. Or in the United States, it’s a 90-minute gap between what women and men do. We’re finally actually collecting those statistics, but there’s tons of room though for it to go deeper.

The place where it really shows up is when you think about women in the workforce. I know many, many women around the world who aspire to go into the workforce and to have a family. But let’s take the United States as a perfect example: Only 17% of women in the U.S. have any access to paid family medical leave. We’re the only industrialized nation that doesn’t have it at the federal level, and we have a few states that are now beginning to enact it. Women are in the workforce in droves in the U.S. but we are asking them to do something that is essentially untenable, which is to both raise a family—just think of a single mom—and working to keep food on the table and keep the kids in school. Without paid family medical leave, it is an impossible burden for a woman. Because we haven’t collected the statistics and we haven’t talked about it and we haven’t named the truth of what’s happened, a country like the U.S. has been getting away with an unpaid family medical leave policy. It’s time for that to change.

You mention in the book that this chapter [on unpaid work] was particularly tough to write because it got personal for you. What have you learned regarding managing this phenomenon in your own family life, and what was Bill’s reaction to this chapter?

I thought it was important for me to give some really personal examples so that people could relate to me and to that issue. I think in every single marriage, you have to have a little bit of conflict to change things and to move things forward. And you have to ask yourself, what assumptions did I have coming into the partnership and what assumptions did he have?

Bill absolutely knew that I was writing this chapter, I talked to him about it, and of course I gave him a chance to look at the whole book. In the end, he didn’t change anything about that chapter. He had a couple of edits he wanted in a few other places related to the foundation’s strategy. But on that chapter, he said he was fine with it. I think the reason he was fine with it is because we got there—we both wanted equality. We just hadn’t stopped to think about his role coming into the marriage. You know, he was the CEO of Microsoft, for Pete’s sake. It’s a difficult job. So I sort of assumed I was going to stay home. And yet we wanted equality. He feels so good that we got there, that he’s fine being written about. It was more some of my friends and extended family who said, are you sure you want to put that in there? But you know, people have to know that this is alive in everybody’s marriage.