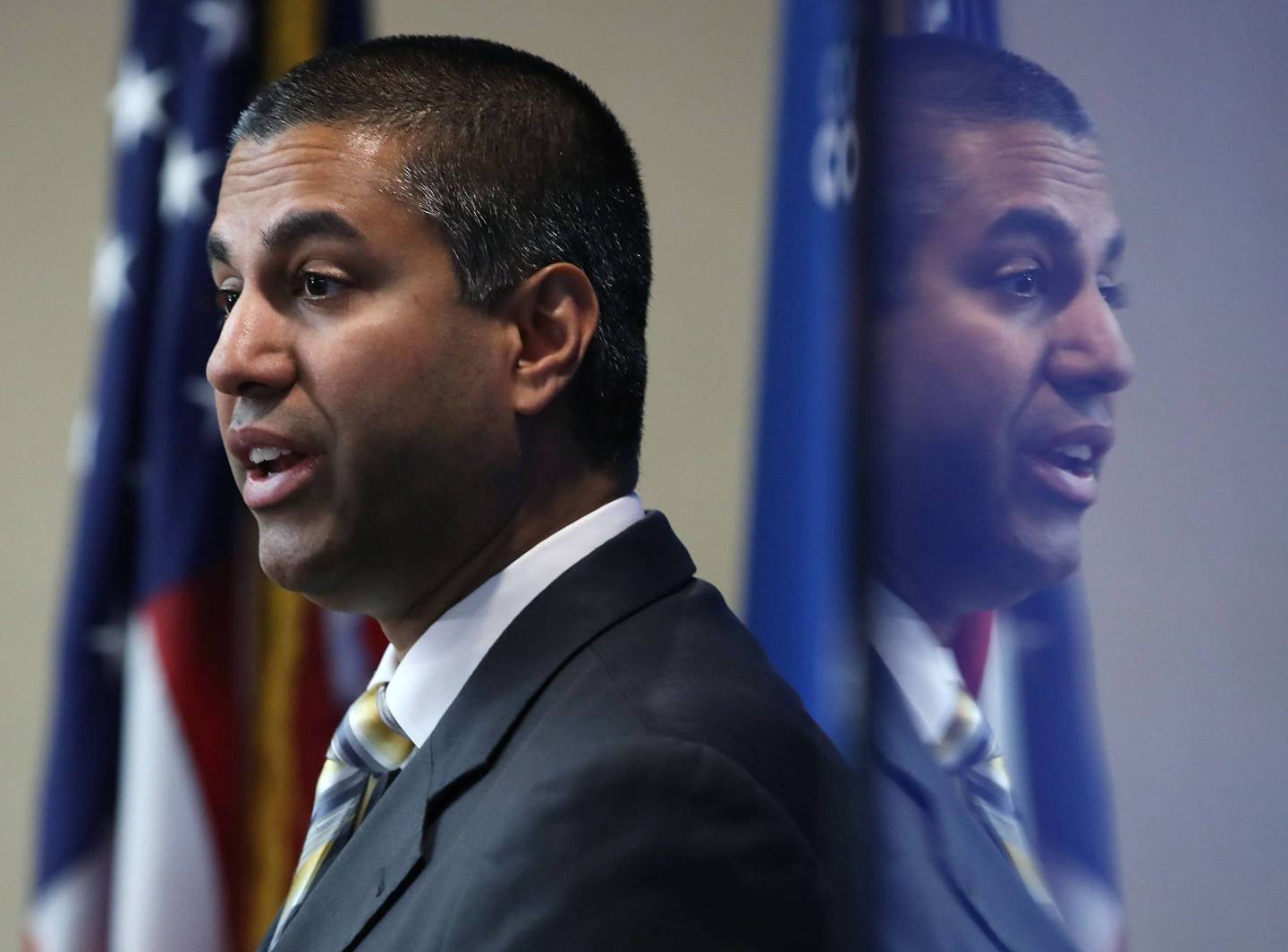 The top U.S. communications regulator urged the rejection of China Mobile Ltd.’s application to provide telecommunications services in the American market, opening another front in the trade fight between the world’s biggest economies.

Federal Communications Commission Chairman Ajit Pai said Wednesday he was scheduling a vote May 9 on a measure to deny the application of China Mobile USA, described as a Delaware-registered subsidiary that is indirectly controlled by the Chinese government, on national security grounds.

Parent company China Mobile is the world’s largest mobile phone operator by customers, with about 899 million subscribers. China Mobile is seeking approval to be listed as a “common carrier” that would enable it to carry international voice traffic between the U.S. and foreign countries and to connect that traffic with the U.S. telecommunications network. China Mobile told the agency it wouldn’t provide domestic telephone or mobile services in the U.S.

“Safeguarding our communications networks is critical to our national security,” Pai said in an emailed statement. “After reviewing the evidence in this proceeding, including the input provided by other federal agencies, it is clear that China Mobile’s application to provide telecommunications services in our country raises substantial and serious national security and law enforcement risks.”

The White House’s concern focused on Chinese law that requires companies to cooperate with state intelligence agencies, which the U.S. has said could be used for economic espionage or intelligence activities. China Mobile’s size and technical resources make it particularly vulnerable to such demands, the government said.

China Mobile told the government it wouldn’t be required to comply with such requests and said it “is no more vulnerable to exploitation” than any other U.S. or foreign carrier that uses “best-practices” measures.

The FCC staff read both the government filing and China Mobile’s responses and recommended that the commission reject the request.

Pai, an appointee of President Donald Trump, urged his colleagues on the commission, which has a Republican majority, to deny the application first filed in 2011. Pai has circulated a draft order to fellow commissioners following a recommendation in July from the U.S. intelligence community and Executive Branch agencies that the bid is denied.

The National Telecommunications and Information Administration, a branch of the Commerce Department, urged the FCC to block China Mobile’s application, saying its entry into the market “would pose unacceptable national security and law enforcement risks.”

Should the commission vote to reject China Mobile’s application, the company can ask a federal court to review that decision. There was no immediate response to a query sent to China Mobile’s press email.

The FCC is still considering whether to allow Huawei Technologies Co. to operate in the U.S. and is awaiting a recommendation from the White House. The move against China Mobile comes as Trump is pressing to end a trade war with China that has enveloped a range of goods including agricultural products and medical equipment, and has rattled financial markets.

High on the list of Trump’s priorities as he tries to close a trade deal with counterpart Xi Jinping is making sure China faces consequences if it doesn’t live up to its promises. Yet in pursuing that goal Trump may also be giving China a new cudgel to use on American companies and striking another blow to the international rule of law.

Treasury Secretary Steven Mnuchin has said the U.S. has made its own commitments to China and agreed that both sides will be subject to an enforcement mechanism. “This will be a two-way agreement in enforcement,’’ Mnuchin said Monday, after saying over the weekend that the U.S. would be open to “certain repercussions.”