Inside the Writer-Agent Drama That Could Rock Hollywood This Weekend 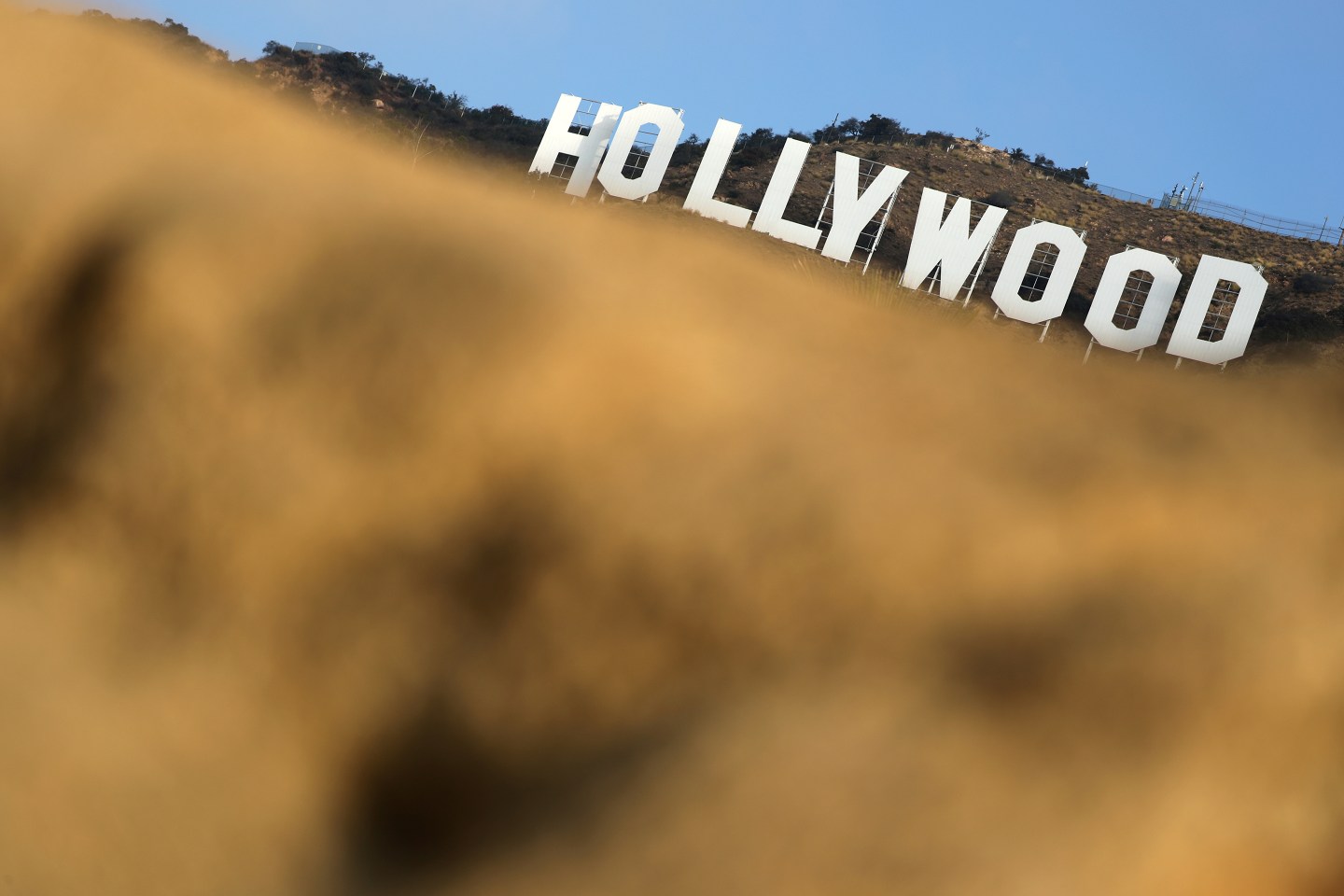 The Hollywood sign is seen in Hollywood, Los Angeles, California, U.S. October 19, 2017. REUTERS/Lucy Nicholson - RC1ED505A780
Lucy Nicholson—Reuters
UPDATE: According to the Hollywood Reporter, agents have presented the writers guild with a new offer, including sharing an undisclosed percentage of packaging fees with writers and greater financial transparency with regards to affiliate productions. The WGA has not yet commented while negotiations continue.

Thousands of television and film writers are set to fire their agents on Saturday, April 13 if a resolution to a long-simmering battle over compensation and conflicts of interest isn’t hammered out by then. The Writer’s Guild of America labor union and the Association of Talent Agents, which represents around 1,000 agencies, are at an impasse over several issues, but the main sticking point is over packaging fees, in which agencies can collect large sums from studios for their client’s projects instead of taking a standard commission.

Writers argue that, thanks to these deals and other practices, agents have increasingly little to no incentive to negotiate for better pay. It’s a complex issue that, as the WGA admits, boils down to money, with writers getting less while agencies and studios thrive. To better understand the battle between the WGA and ATA, we’ve broken down those issues, the history behind the battle, and what will happen if no agreement is reached soon.

The writers and the agents currently have a contract in place to determine their working relationships, the Artists’ Manager Basic Agreement, but it hasn’t changed since 1976 while the industry, particularly television, obviously has. The WGA is demanding the ATA agree to a new “Code of Conduct,” which ends the agencies’ use of packaging fees and ownership stakes in production studios, among other things.

What Are Packaging Fees?

Instead of taking the standard 10% commission of their clients’ pay, an agent can opt to collect a packaging fee for a television show directly from the studio that pays them certain per-episode and profit percentages. The “package” referred to here is defined loosely: often, an agency will deliver multiple elements to a studio, such as a combination of a writer, actor, and director, from its client roster, but they can also get the same fee by procuring an individual who can simultaneously serve as creator, writer, showrunner, etc.

The agency’s cut from these television shows is called the “3-3-10:” 3% of the front-end licensing fee the network pays per episode, usually somewhere in the range of $15,000 to $75,000; 3% of half of the show’s net profits at the end of its run; and 10% of the show’s gross profits in perpetuity. The agency collects the packaging fee on a show even if their client is no longer involved in it and continues to reap any profits associated with a show in syndication, which could be anywhere from $20 to over $100 million if the show is a hit.

According to the WGA, if agents aren’t working on commission, there’s no reason for them to push for higher client salaries. The union says that in the 2016-’17 television season, 87% of shows operated as packages and 79% of those were represented by just two agencies, WME and CAA. UTA and ICM are the other agencies that round out what’s known as “The Big Four,” which represents nearly 70% of writers in the guild.

Agencies, however, say this process is better for clients because studios would likely pay writers the same salary, package deal or not, and the client would have to pay 10% of that on commission. A UTA study claims that writers made 16% more in salary on packaged shows, though that number doesn’t factor in any back-end payments. The ATA also notes that streaming services like Netflix and Hulu don’t offer back-end profit points, so agencies will never reap the 3% and 10% of any money down the line.

What About Agencies’ Production Studios?

In a relatively recent industry development, WME, CAA, and UTA all have outright or part ownership of a handful of production studios and distributors. These agencies say they often increase salaries by driving up competition for shows, use their own clients more regularly, and offer better back-end points on series. The WGA counters that, in this case, the agencies are now the employer and employee of the client, a clear conflict of interest.

As the WGA says, WME and CAA are particularly concerned with profit margins, as both have sold stake in their businesses to private equity firms. Those investments are now worth nearly $3 billion. “Meanwhile, the writer clients have not shared in these gains, instead seeing their earnings slip, with a 23% decline in TV writer-producers’ median weekly income between 2014 and 2016,” the guild wrote in its “Agencies For Sale” report.

What Else Are Writers Asking For?

In a set of demands that don’t seem to be a point of contention, the new Code of Conduct also has stipulations about agencies ensuring diversity in job referrals, transparency in who else they’re representing on projects, guaranteeing timely payments, and protecting clients from discrimination, harassment or worse, barring them from setting up a “meeting regarding potential employment in a hotel room or other location posing a threat to Writer’s personal safety.”

The original deadline for the ATA to agree to the Code of Conduct was midnight on April 6, exactly one year after the WGA demanded changes to the 1976 AMBA. Prior to that, the union held a vote among its 15,000 or so members to ratify the new code—7,882 of participants voted in favor while only 392 voted no. After last-minute negotiations, the WGA extended the deadline for the ATA to comply until April 12. The bargaining is still ongoing and if no deal is reached, the WGA will order its members to fire their agents on April 13.

How Do Writers Feel About It?

Feelings are mixed. David Simon, of The Wire fame, wrote a long screed calling packing fees “organized theft” and said he’s in favor of “running up in the driveways of these grifting motherfuckers and slashing tires.” Vulture, meanwhile, spoke to eight writers with varying perspectives. Some agree with Simon, some are concerned that less-connected writers will be left jobless, while others have close relationships with their agents.

As Selwyn Hinds, writer for the revived The Twilight Zone said, “The problem isn’t personal. It’s systemic. End of the day, my union is the reason my kid has health care, okay? And if they say it’s time to light the pitchforks, then I gotta look for my matches.”

Can Writers Survive Without Agents?

Maybe. The WGA is looking to offset a lack of agents with a new Staffing Submission System, where writers can send in scripts in the hopes that the WGA will deliver them to showrunners and producers. “Many shows are already accepting submissions, but more will be added in the coming days and weeks as pilots and returning shows get pickups and as showrunners continue to register,” the WGA said, according to Deadline. “At present, the system allows current members to make up to three submissions.” It’s unclear how successful this process is or will be.