First Image of a Black Hole: 5 Things to Know About the Historic Picture 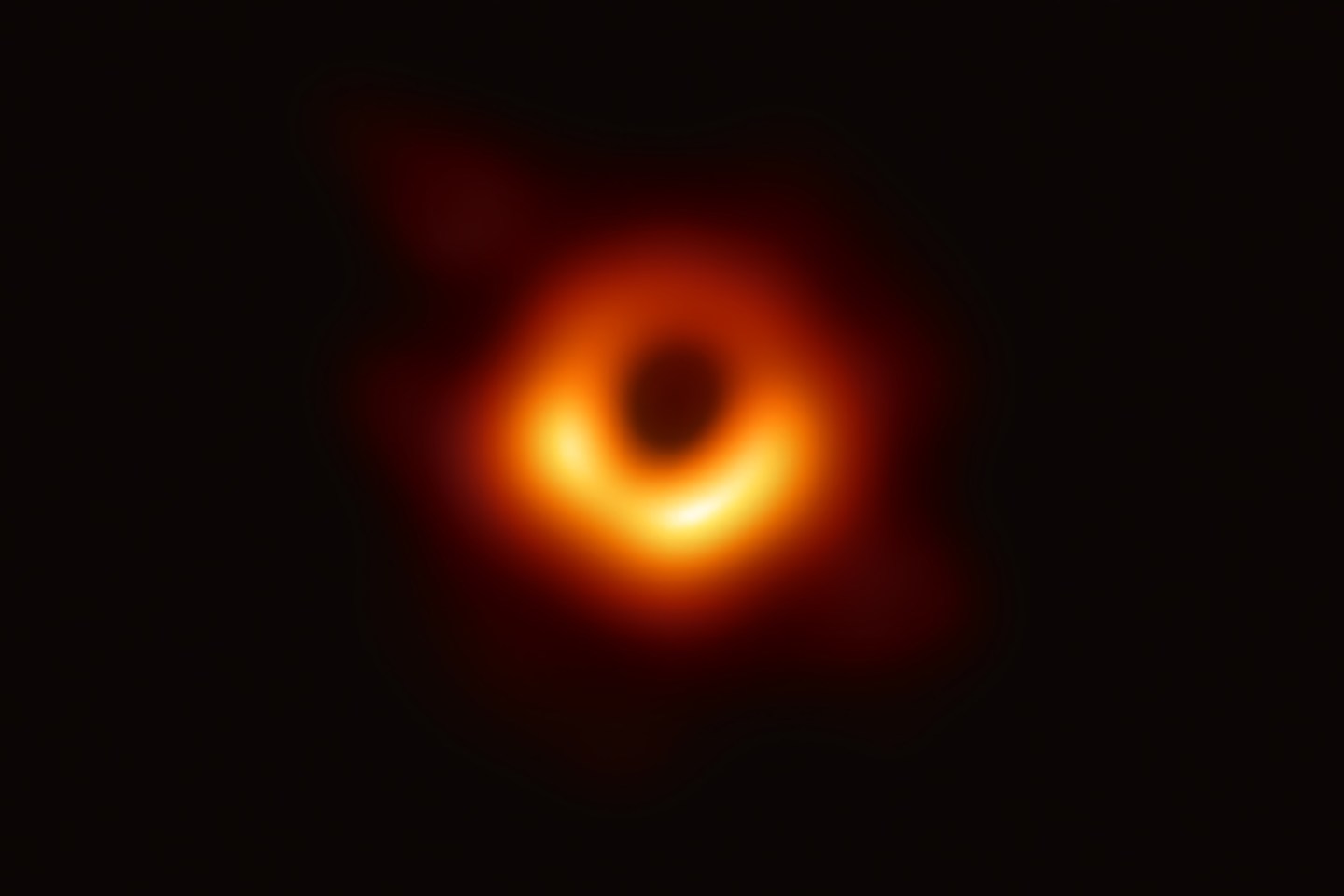 It’s pretty hard to photograph something that devours light, but scientists have finally managed to do so.

The Event Horizon Telescope (EHT), an international consortium that linked eight radio observatories around the world to create an enormous telescope, has managed to capture the first-ever image of black hole. The shot, which resembled the Eye of Sauron from The Lord of the Rings films, was released globally Wednesday morning.

Located inside the Messier 87, a galaxy that’s 55 million light years from Earth, the image of the cosmic phenomenon is the first chance scientists have had to observe a black hole, beyond their own simulations.

It’s definitely the water cooler conversation of the day. So here are a few facts to drop on your coworkers, just in case you’re not fully up to speed on the project.

What is a black hole? And how many are there in the universe?

A black hole is the super-dense remnants of a collapsed star. The gravitational forces of them are so strong that nothing, neither matter nor light, can escape once it gets too close.

They’re not as uncommon as science fiction films might have you believe, either. Scientists estimate there are 100 million in our galaxy alone, though none are close enough to earth to be a concern.

How big is this black hole?

The Messier 87 black hole is big. Really big. The sun would be a speck next to it (although you’d never know that, since the gravity pull is so strong the sun’s light couldn’t escape).

Scientists say it’s about the size of Neptune’s orbit. And Neptune takes 200 years to revolve around the sun.

How would it affect nearby planets?

Exactly what would happen to a planet within the black hole is still theoretical, though it would likely be crushed by the gravity. But what if a planet was orbiting the black hole, yet far enough away to escape it’s pull?

You’d have to hold onto something.

Despite the black hole’s size, an orbiting planet would circumnavigate it in a week or less, says Geoffrey Crew, research scientist MIT’s Haystack Observatory. And that planet would be traveling at the speed of light. Bring Dramamine if you visit.

How hard was it to get a picture of the black hole?

This was more than getting eight facilities with radio telescopes to work together. Because a black hole is “infinitely smaller and darker” than any radio source in the sky, the observatories had to be synchronized and conditions had to be just right.

“Making a picture of a black hole also requires a magnification, or ‘angular resolution,’ equivalent to reading a text on a phone in New York from a sidewalk café in Paris,” say officials.

Scientists gathered, in their own words, “gobs” of data to pore through. Each of the eight observation stations took in one petabyte of information, roughly 1 million gigabytes each. And, from the sound of things, they’re looking to keep working together.

“We’ve demonstrated that the EHT is the observatory to see a black hole on an event horizon scale,” says Kazunori Akiyama, co-leader of the EHT imaging group. “This is the dawn of a new era of black hole astrophysics.”