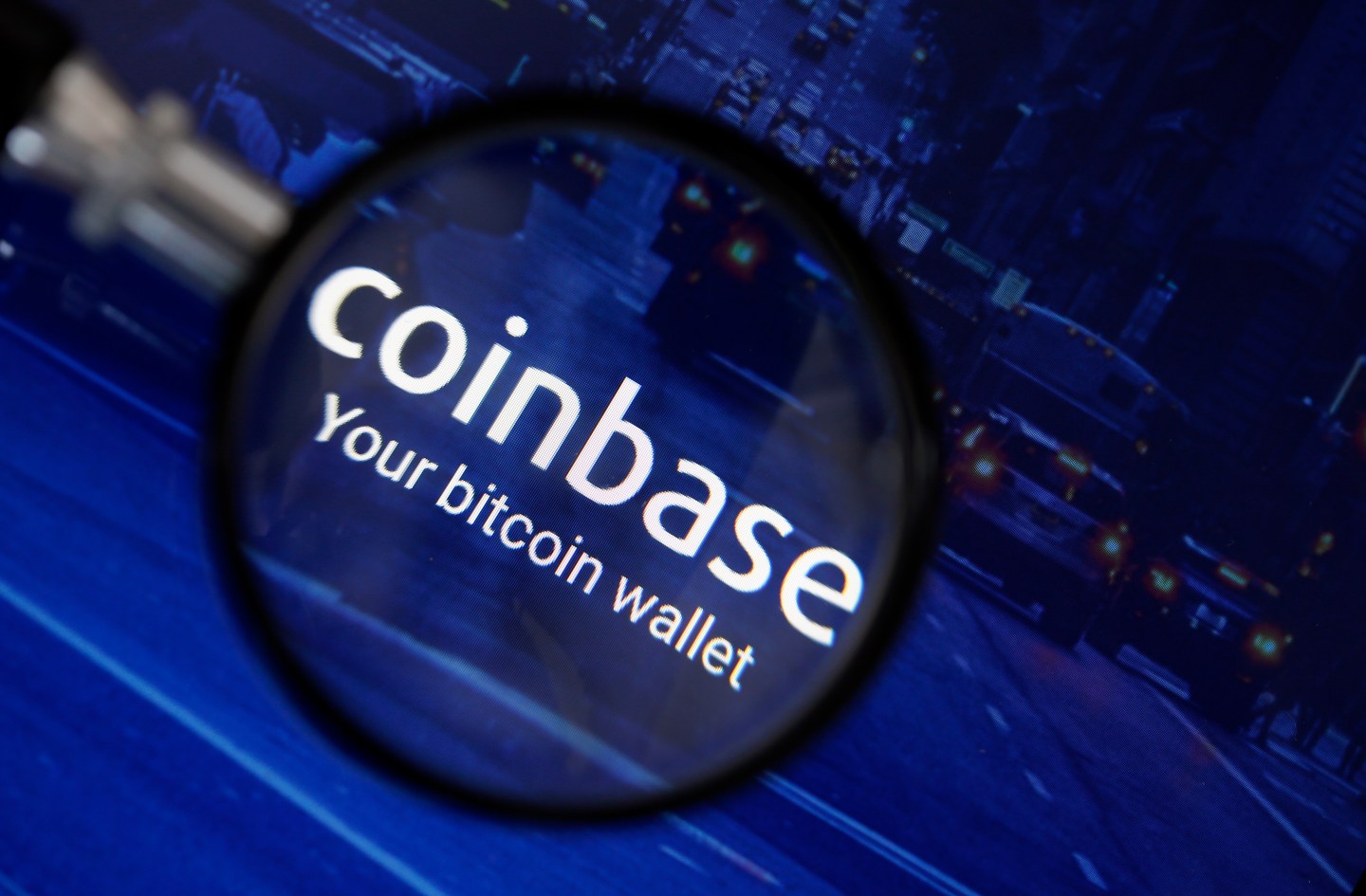 PARIS, FRANCE - OCTOBER 05: In this photo illustration, the Coinbase cryptocurrency exchange logo is seen magnified on the screen of a tablet on October 05, 2018 in Paris, France. The California cryptocurrency platform is about to raise $ 500 million in the event of an IPO. After having exceeded 20 million users this summer, the cryptocurrency trading platform has seen its financial value further increase. The California start-up is now valued at $ 8 billion. (Photo Illustration by Chesnot/Getty Images)
Chesnot—Getty Images

Investing in cryptocurrency is like putting your money in highly volatile growth stocks. Your profits (or just as likely your losses) will be determined by whether the price of your digital assets goes up or down. There is little akin to value stocks that pay out a regular dividend.

That’s why it’s intriguing to see Coinbase offer a new service called “staking,” which promises to let cryptocurrency owners collect fixed income. The San Francisco company announced the service on Friday, saying investors who own the digital currency known as Tezos can park it with Coinbase and receive a stream of revenue in return.

Tezos is distinct from digital currencies like Bitcoin or Ethereum in that it doesn’t rely on “mining.” The mining process, also known as “proof of work,” has people compete to solve math problems with the winner earning the right to add to the next block to a blockchain ledger and receive a reward.

Instead, Tezos is a “proof of stake” system that uses a weighted lottery in order to select who will contribute the next piece of the blockchain. The more units of the currency someone owns, the greater likelihood they will win the lottery, which takes place every 60 seconds, and receive the financial reward for doing so.

Currently, anyone who holds 10,000 units (this number will soon drop to 8000)—approximately $10,000—of the Tezos currency can participate in the blockchain building process (known in Tezos lingo as “baking”), but it’s a technical affair that requires running a software node. As a result, many Tezos holders may prefer to just sit on the currency rather than deploy it in the baking process.

Coinbase’s decision to offer staking changes the calculation. It means investors can offload the technical work to Coinbase, having the company do the “baking” on their behalf, while they passively collect income.

According to Sam McIngvale, who leads Coinbase Custody, the company will take a 20% commission for providing staking services. The company says investment funds like Polychain Capital and Andreessen Horowitz’s crypto-focused investment fund have expressed interest in using the service.

“The launch of Tezos staking through Coinbase Custody serves an acute need that existed up until now—a way for institutional players who want to rely on a custodian while taking an active role in the network,” said Kathleen Breitman, co-founder Tezos.

The arrangement comes at a key moment for both companies. Tezos is hitting its stride after overcoming a series of legal dramas that delayed its launch, but is far from mainstream even in the crypto world. As for Coinbase, the staking service promises a new revenue stream at a time when trading commissions—long the company’s bread and butter—remain down dramatically from the highs of 2017.
The new service also comes as Coinbase CEO Brian Armstrong seeks to refute what he sees as misperceptions about storing cryptocurrency. In a recent op-ed for Fortune, Armstrong said so-called customers who park their currency in so-called cold storage can nonetheless access it with ease and earn income on it.
Meanwhile, Coinbase expects Tezos to be just the first in a series of staking offerings. In the future, the company says it may add other proof of stake blockchains, including Polkadot.
Finally, Coinbase is also planning to unveil a service that will help customers vote on the direction of projects like Tezos and MakerDAO, which have a user governance dimension as part of their protocols.
“Decentralized governance cannot work without participation—something that has been difficult, if not impossible, for many institutions holding utility tokens,” said Rune Christensen, CEO and co-founder of MakerDAO. “Coinbase Custody provides a critically important service that will unlock a new level of governance for decentralized blockchain projects.”
This story has been updated to reflect that the number of Tezos units required to participate in baking is currently 10,000 and that this number will soon drop to 8,000. It has also been updated to reflect that the VC firms named have expressed an interest in using the staking service but have not yet decided to do so.