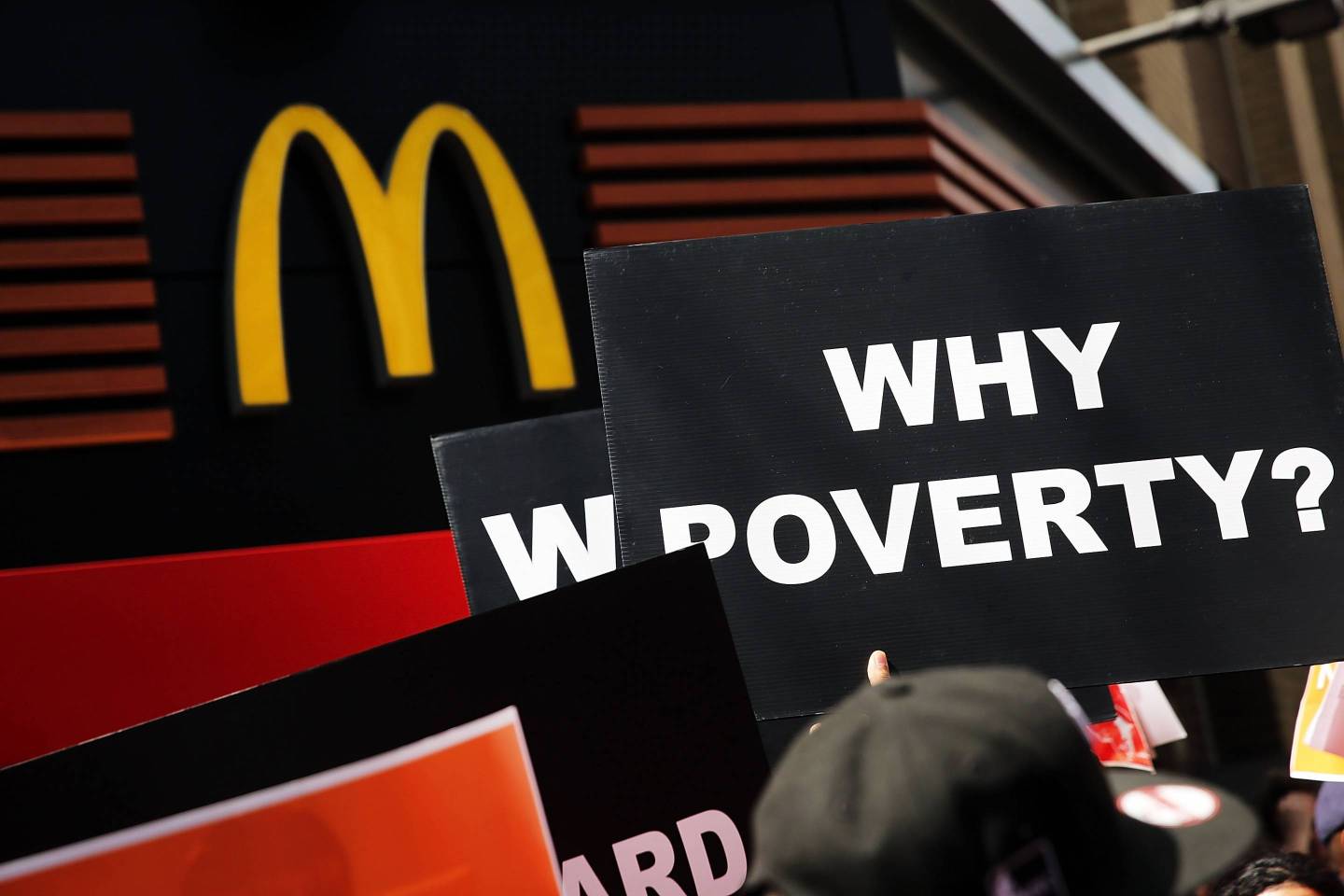 NEW YORK, NY - APRIL 15: Low wage workers, many in the fast-food industry, join with supporters in front of a McDonald's to demand a minimum wage of $15 an hour on April 15, 2015 in New York City. In what organizers are calling the biggest ever mobilization of workers in the U.S., thousands of people took to the streets across the country to stage protests in front of businesses that are paying some of their workers the minimum wage. Home care workers, and employees at Walmart and fast food restaurants say that the current minimum is not a living wage. (Photo by Spencer Platt/Getty Images)
Spencer Platt—Getty Images

McDonald’s will no longer lobby against minimum-wage hikes at the federal, state, or local level, the fast food giant has told the National Restaurant Association.

In a Tuesday letter to the association, McDonald’s vice president of U.S. government relations Genna Gent said the fast food corporation wants to advance the minimum wage conversation, not impede it, Politico reports. “Ultimately, progress must come from all corners of our society,” Gent wrote.

Gent added that wage “increases should be phased in and that all industries should be treated the same way.”

The announcement is a win for union leaders who have spent the last six years organizing strikes, walk-outs, demonstrations, and litigation with the Fight for $15 movement. The labor action started in 2012 after 200 fast-food workers in New York City walked out of their jobs, launching a campaign with demands for a $15-an-hour minimum wage and union rights.

Last year, workers took the fight directly to McDonald’s Chicago headquarters, where they accused the corporation of breaking a promise to pay workers in its corporate stores $1 above the minimum wage. “Fighting higher wages at every turn, companies like McDonald’s help sustain the country’s system of racial oppression,” the organizers wrote in a statement.

McDonald’s is currently entangled in a National Labor Relations Board lawsuit filed in 2014 by the Obama administration, which alleges McDonald’s franchises punished employees for participating in Fight for $15 labor organizing.

“By sticking together and taking action on the job, courageous workers in the Fight for $15 and a Union have forced McDonald’s — the second-biggest employer in the world — to drop its relentless opposition to higher pay,” said SEIU President Mary Kay Henry, in a statement.

But workers aren’t done fighting for better wages and a union. Instead, they see the win as reason to keep organizing. “McDonald’s decision to no longer use its power, influence and deep pockets to block minimum wage increases shows the power workers have when we join together, speak out, and go on strike,” said Fight for $15 leader Terrence Wise, in a statement reported by Think Progress.