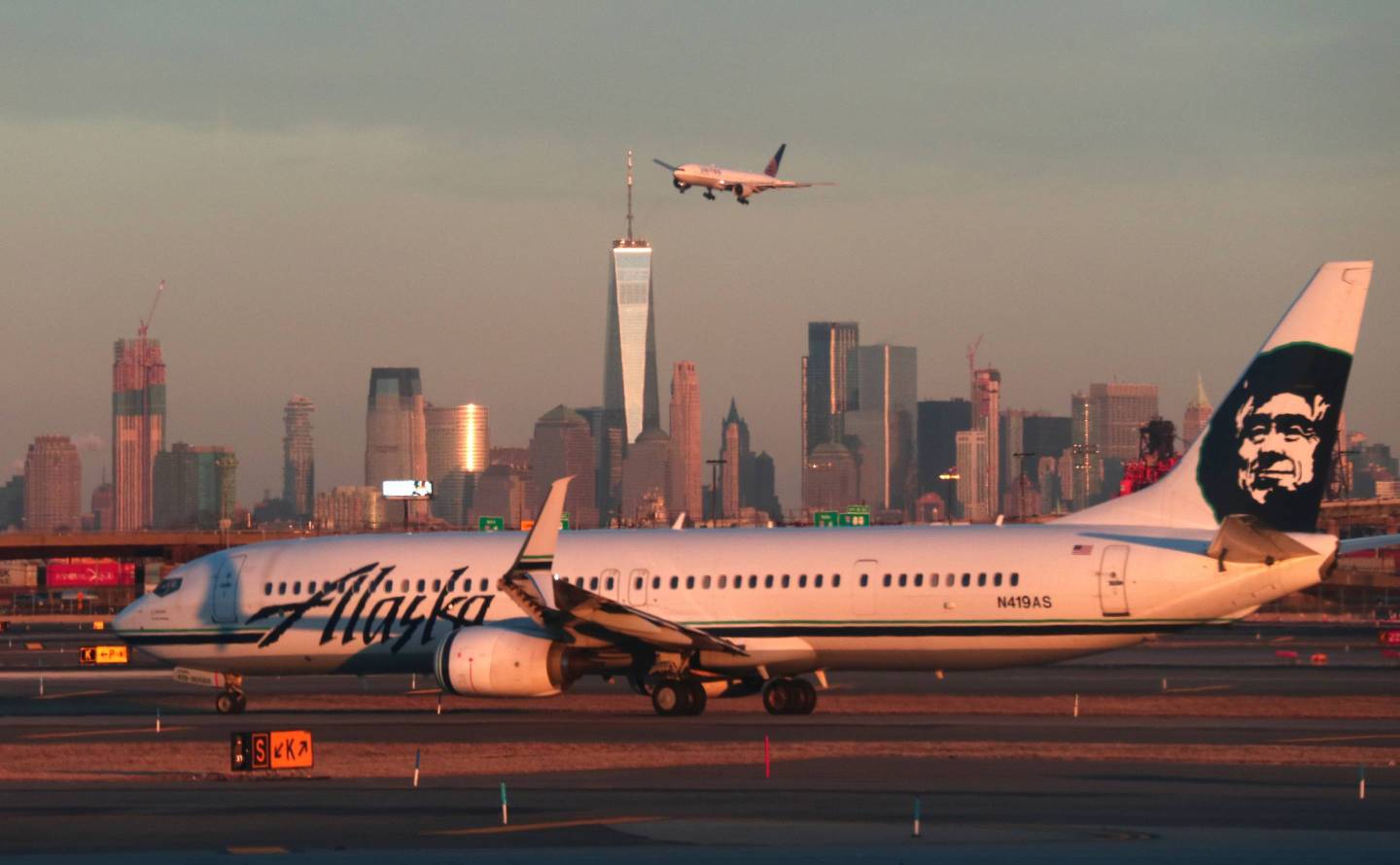 NEWARK, NJ - JANUARY 21: An Alaska Airlines airplane passes by the skyline of lower Manhattan in New York City as it heads to a gate at Newark Liberty Airport on January 21, 2019 in Newark, New Jersey. (Photo by Gary Hershorn/Getty Images)
Gary Hershorn Corbis via Getty Images

Even TSA pre-check couldn’t help flyers avoid massive lines and delays at airports across the U.S. Tuesday morning due to a major—albeit temporary—computer outage impacting JetBlue, American, and Alaska Airlines that left passengers and gate attendants alike unable to check into flights and access online information.

Sabre, a Texas-based tech company that provides support to the aforementioned airlines, took responsibility and apologized for the since-resolved technological glitch in an early afternoon tweet, noting it “experienced a system issue that impacted some customers.”

Although the company didn’t specify the cause of the malfunction, or how long it lasted, some airlines began fielding customers’ concerned tweets about being unable to access the companies’ websites beginning around 9 a.m. ET.

But the issue appeared to really come to a head two hours later, when a larger volume of passengers noted that they were unable to board their flights due to a system crash. Pictures from Boston Logan Airport to Seattle’s SeaTac Airport to Fort Lauderdale showed crowds of passengers and agents alike having difficulty checking in.

Standing in a huge line at Logan airport… @JetBlue‘s entire system is down and no one can check in…not even the agents! pic.twitter.com/SuZ8CiC84V

@JetBlue the systems down n nobody can’t check in get boarding passes nothin 🤔 wats da hold up . I’m tryna get on a quick lil Vacay… pic.twitter.com/ZLsO00MOY3

“Gate agents are asking if ‘ANYONE’ has a paper boarding pass,” a delayed passenger tweeted.

@JetBlue is there an issue with the app? Can’t check in at kiosk either. Been waiting in line with many others and not getting any updates. Check-in isn’t moving and gate agents are asking if “ANYONE” has a paper boarding pas.

Sabre, which didn’t immediately respond to Fortune’s request for comment, acknowledged the issue in an 11:56 a.m. tweet, although Newsweek reports that the problem had already been resolved for some airlines by then.

“Technical teams were immediately engaged,” Sabre tweeted an hour later. “Systems have recovered and customers are reporting normal operations. We apologize for the inconvenience to those affected.”

Individual airlines were quick to note that the issue was with an outside source’s system.

“Earlier today, Sabre had a brief technical issue that impacted multiple carriers, including American Airlines,” an airline spokesperson told Fortune via email. “This technical issue has been resolved. We apologize to our customers for the inconvenience.”

JetBlue also apologized to those who were impacted by the technical problem, telling Fortune, “All functions have been restored following a temporary outage of Sabre’s systems that impacted multiple airlines.”

In 2016, the company made headlines due to a massive data breach of its hotel reservation system—serving 32,000 properties including Trump Hotels—that compromised consumers’ credit card numbers and security codes.