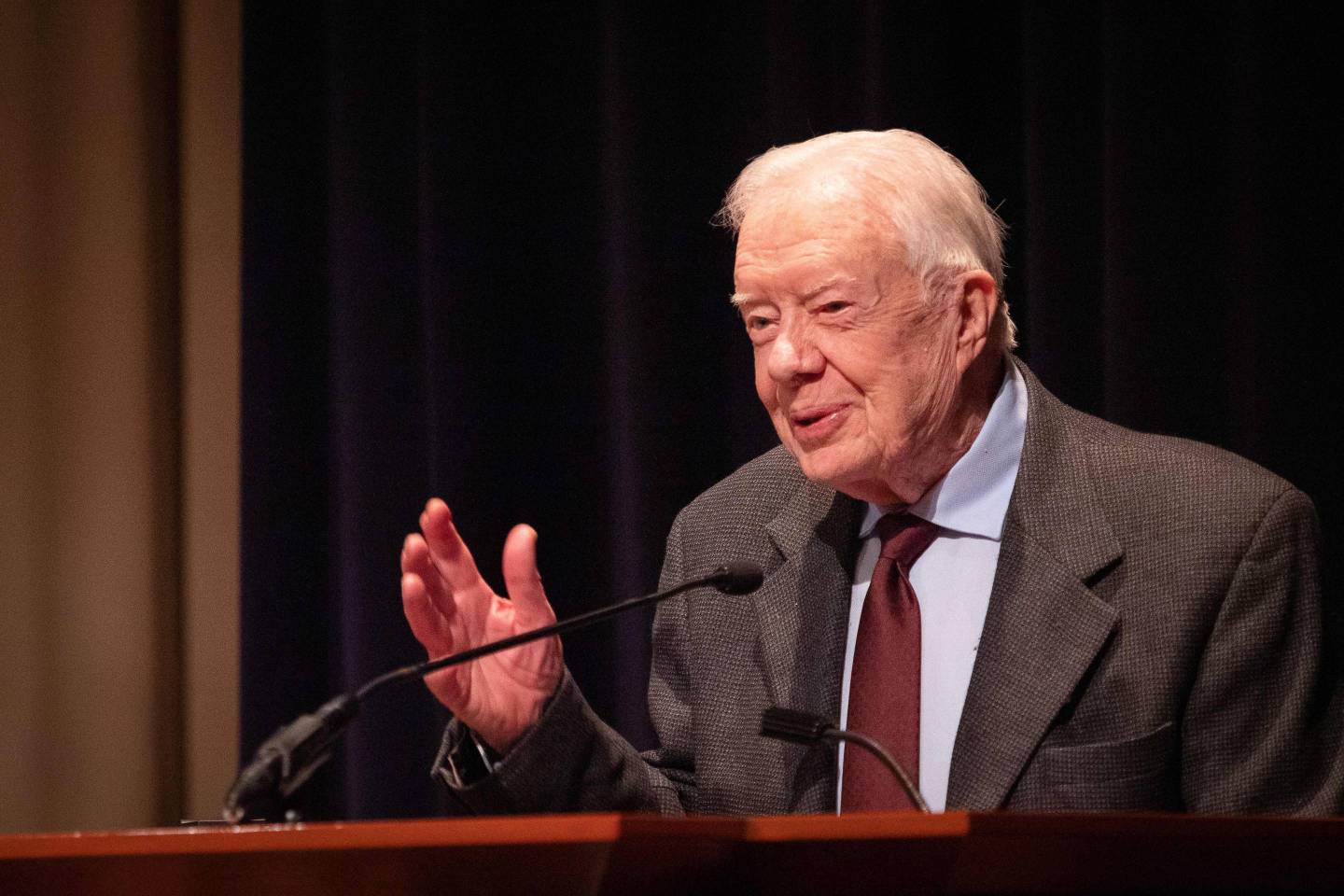 George H.W. Bush set the record of oldest living president in 2017, a title he held until his death at the age of 94 years and 171 days last November.

While we still think some of you may have jumped the gun (ahem, @AJC, @Wikipedia), we're happy to join in and recognize that President Jimmy Carter has set, or will soon set, the record for being the US's oldest living president. pic.twitter.com/2LcDGi1cpy

In spite of some confusion on the Twitterverse—some outlets mistakenly reported that Carter reached the record age Thursday—the Jimmy Carter Library tweeted that it was “all for getting the party started early.”

That's OK, we're all for getting the party started early! https://t.co/4HW0YXYS28

Although his tenure as the 39th president of the United States ended in 1981, Carter has continues his humanitarian efforts to this day—winning the Nobel Peace Prize in 2002 and actively building houses for Habitat for Humanity throughout his 90’s.

In spite of getting hospitalized for dehydration in 2017 during a house build in Canada, Carter and his wife, Rosalynn, 91, haven’t slowed down and announced that they will build more houses in New Orleans later this year.

Carter also won his third Grammy for Spoken Word Album in early 2019—an award he’s been nominated for 9 different times.

“He and Mrs. Carter take walks, and they have followed a healthy diet for a lifetime,” Carter Center spokesperson Deanna Congileo told CNN, continuing that they are “both determined to use their influence for as long as they can to make the world a better place, and millions of the world’s poorest people are grateful for their resolve and heart.”

As Habitat for Humanity volunteer and country music star Trisha Yearwood said in a release last year, “the words ‘Carter’ and ‘retire’ aren’t even in the same vocabulary.”