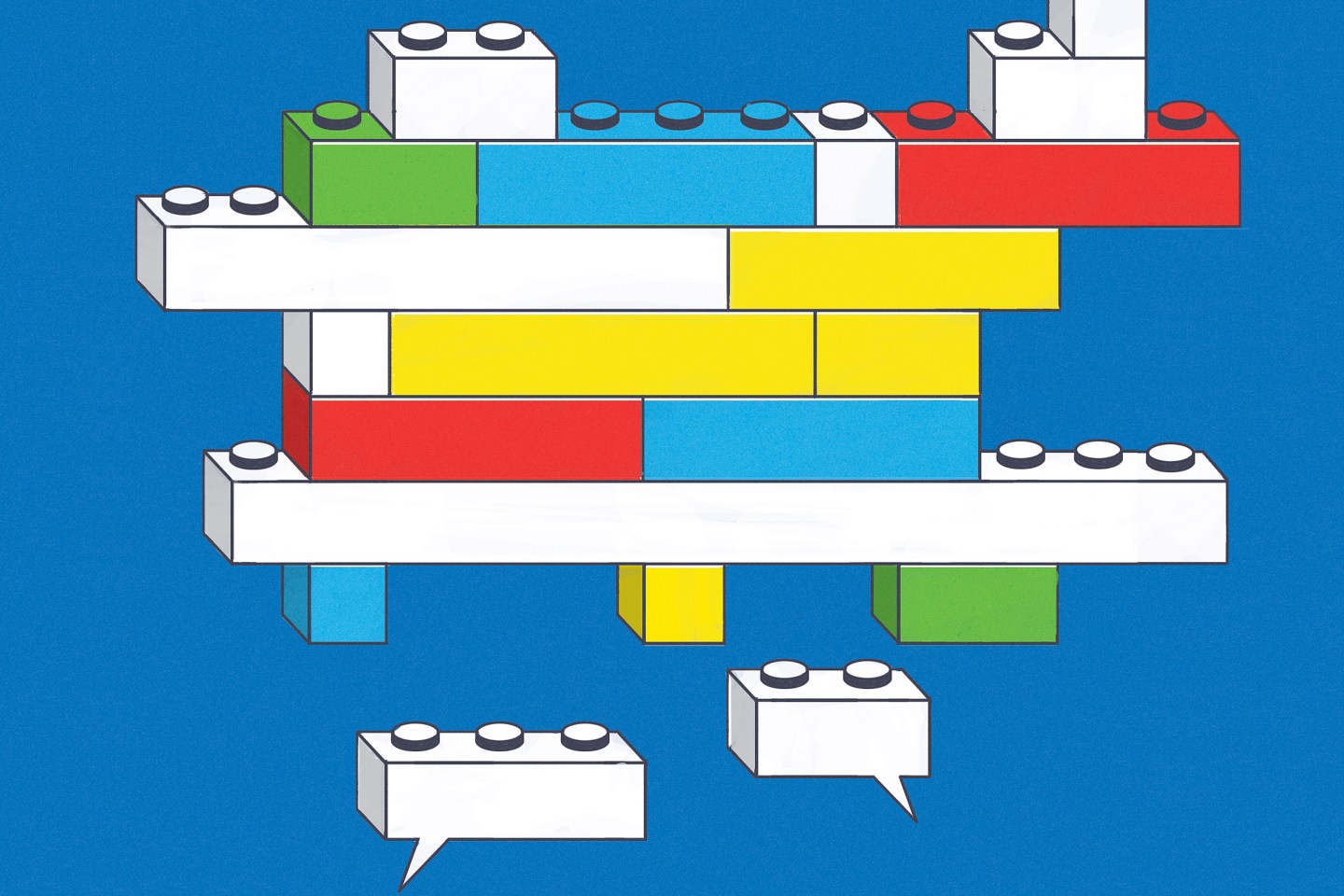 Amazon gets lots of credit and flak for turning retail upside down; it also earns plaudits for its pioneering cloud-computing business. But in a still-unfurling development, the seismic shift that Amazon wrought in the IT world has spawned a whole new business category—providers of “APIs”—that has already begun paying off for a few prescient investors.

Amazon Web Services, the tech giant’s cloud-computing business, began as a way to boost affiliate marketing and power e-commerce sites. But within a few years, the project had incubated a grander vision. Amazon bet—correctly—that it could make a killing providing basic IT functions to all kinds of businesses. The pitch: Don’t worry about all that tedious infrastructure upkeep, or about computation, storage, or bandwidth. We’ll manage it for you.

The idea became one of Amazon’s primary growth drivers, contributing revenues of $25.6 billion in its most recent fiscal year and growing at a healthy 47% clip—and has become lucrative for rivals like Microsoft and Google too. But the cloud-computing boom has also generated a powerful knock-on ­effect: an API-related Big Bang.

APIs, or application programming interfaces, are pieces of technology that act as bridges between software applications. APIs enable connection, like electrical outlets porting to power grids: They’re the conduits through which data flows and interacts. “There’s been this saying for the longest time that software is eating the world,” says Rishi Jaluria, an analyst at D.A. Davidson & Co. Now, he says, “APIs are eating software.”

For corporate customers, API providers are paring down the hulking software packages that characterized the first generation of enterprise tech sold by the likes of SAP, Oracle, and IBM. Purveyors of APIs reduce these packages to their simplest component parts: Lego-like modules for communications, payments, content management, electronic signatures, and more. Customers get the same proposition that made cloud computing so attractive. Someone else handles the humdrum tasks, so they can focus on what matters. Uber and Lyft, for instance, owe much of their breakneck growth to the fact that they could turn to APIs for navigation, sign-up, and transactions.

The prosperity flows both ways. As the tech companies they serve expand, API providers get to hitch along for the ride. Right now, few API-oriented companies are profitable, but as their data pipes and tools catch on, the leading providers are likely to enjoy “network effects,” becoming the dominant, go-to choices in their categories. Because API providers cater to developers, they’re able to build followings inside and across organizations of all sizes, with negligible marketing costs and powerful economies of scale. And as their APIs get used more, the providers will get paid more.

“People often call us plumbers,” says Sima Gandhi, who heads business development and strategy at Plaid, which uses APIs to connect bank accounts to fintech applications such as payments app Venmo and investment brokerage Robinhood. The startup claims to have hooks in one out of four bank accounts in the U.S., despite most consumers never having heard of it. “We do the dirty work,” Gandhi says.

Because the API trend is so new, most of the action remains in the private markets. But a growing field of publicly traded companies offers options for savvy investors.

Twilio (TWLO), whose CEO, Jeff Lawson, is a veteran of Amazon’s cloud business, derives most of its revenue from communications APIs—linkages that help businesses contact customers through text messages and phone calls. It’s a steadily growing category, and Twilio’s stock more than tripled over the past year as the product took off. For those seeking to invest in the communications API trend at a lower valuation, Patrick Walravens, an analyst at JMP Securities, recommends Bandwidth (BAND), a telecom concern whose business fundamentals are “not particularly well understood yet” by the market. Twilio trades at a multiple of around 18 times last year’s revenue of $650 million; Bandwidth trades at just five times its $204 million in revenue.

APIs are also making an impact in payment processing, where they help connect merchants, banks, and consumers. The most mature API player in this market is Stripe, which is privately held. But public-market investors can get exposure to a fast follower, Adyen (AYDEN), a ­Netherlands-based payment processor that brought in $1.95 billion last fiscal year and counts Uber and Spotify among its customers.

Another up-and-comer is Okta (OKTA), which sells “identity management” tech that eliminates the hassle of passwords. The company originally sold identity products for use just in the workplace, says Todd McKinnon, Okta’s CEO, but soon found its corporate customers clamoring for a way to verify the identities of their customers—a market McKinnon believes could grow to be bigger than the workplace one. In addition to the initial product, Okta now sells a customer-focused, API-powered product to companies ranging from Adobe to MGM Resorts. The company’s share price has zoomed more than 260% since its 2017 IPO, but JMP’s Walravens recently wrote that its valuation “fairly captures the company’s impressive growth.”

Atlassian (TEAM), an Australian outfit, specializes not in providing APIs but rather in offering developers the tools they need to work with the APIs other companies supply. Its Jira product, for instance, helps coders and project managers track software progress, bugs, and other issues, while its Confluence tool enables developers to collaborate on coding. (As Twilio’s Lawson puts it: If your coders ran a cookie factory, Atlassian would supply the baking sheets.) Its fan base is growing; in its 2018 fiscal year, revenue rose 41% over the year prior, to $874 million, and it has plenty of room to expand in the $20 billion–plus market for IT operations and service.

Small and new as they are, these API-first businesses are relatively speculative bets. But Byron Deeter, an investor at Bessemer Venture Partners and an early backer of both Twilio and SendGrid, an API-focused email business that Twilio recently acquired, believes their turbocharged business models are only now coming to fruition. “You’re going to see a lot more of these companies in the public markets in the years ahead,” he says.

A version of this article appears in the April 2019 issue of Fortune with the headline “Betting on Tech’s Building Blocks.”