Data Sheet—Tencent, Grab, and Go-Jek: All Hail the Super-App 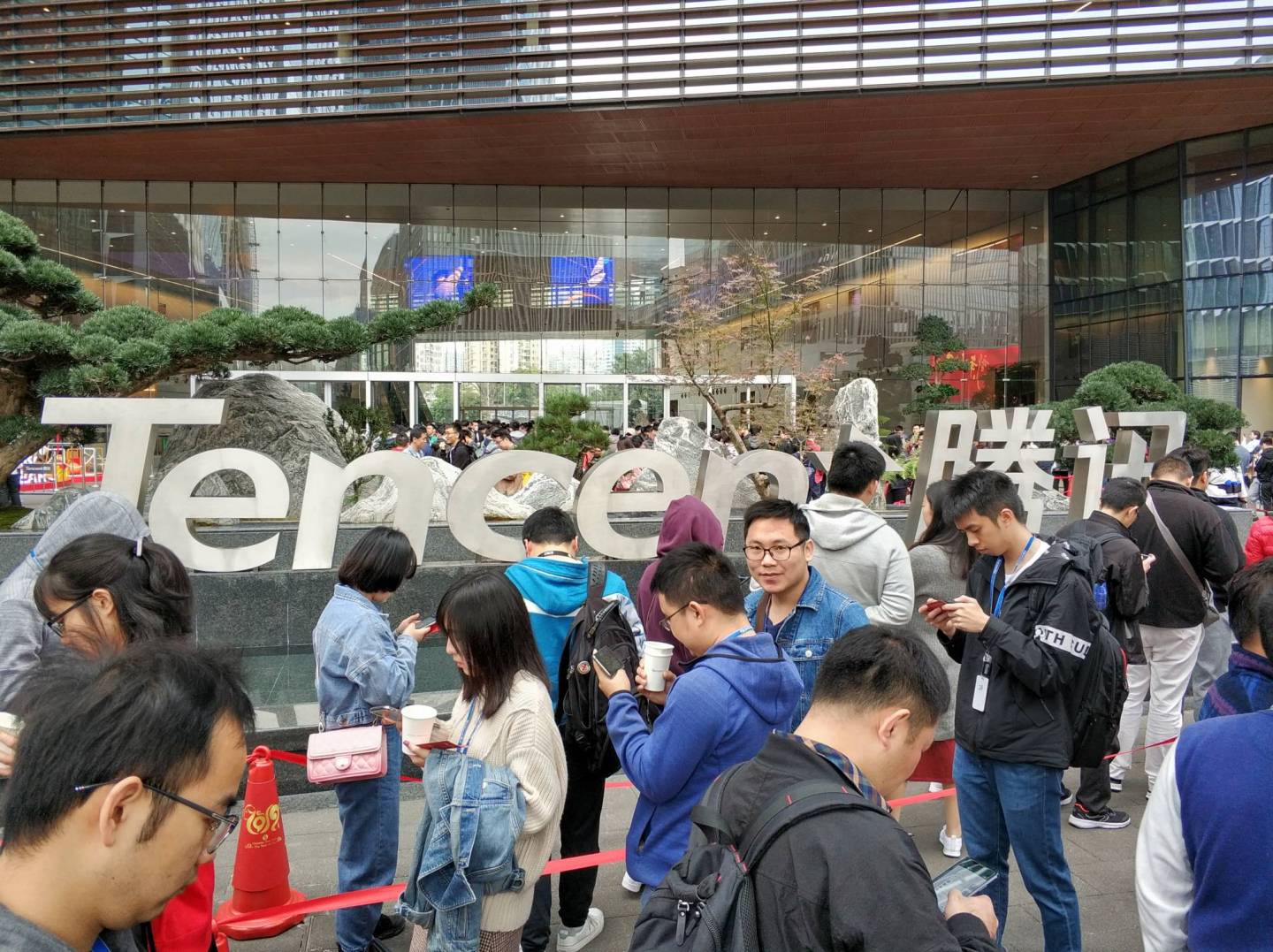 Over the last two weeks, the global business press has invested great time and effort pondering the implications of Mark Zuckerberg’s “pivot to privacy.” (That includes Fortune; don’t miss Michal Lev-Ram’s insightful cover story about Facebook’s “about face“.) In Data Sheet and CEO Daily, Adam and I have argued that Zuckerberg’s pivot is an effort to remake Facebook in the image of Chinese tech colossus Tencent Holdings.

Amid all the speculation about what may (or may not) be going on under those new Frank Gehry-designed rooftop gardens in Menlo Park, it’s easy to overlook the fact that, Tencent (which operates out of two skyscrapers in Shenzhen that are as vertical and austere as MPK21 is horizontal and welcoming) has been executing a pivot of its own—one that, in many ways, is more radical than anything yet contemplated by Mark and Sheryl.

Tencent announces fourth-quarter financial results here in Hong Kong Thursday. It won’t be pretty. The Wall Street Journal reports that analysts expect Tencent’s earnings for the three months to December 31 plunged to $2.8 billion, down 11% from the same quarter the previous year. That would be Tencent’s biggest quarterly decline a decade. Ahead of the earnings report, Bloomberg and the South China Morning Post, citing anonymous sources, said the Shenzhen-based company plans to layoff 10% of middle and senior management as part of a sweeping corporate reorganization.

But Tencent’s travails go far beyond a failure to clear management deadwood. The company’s biggest problem is that it is too dependent on revenue from online games. That was considered a strength until last March when China’s regulators—fearful of rising rates of online addiction and the deteriorating eyesight of the nation’s youth—slapped a nine-month moratorium on new game releases. Beijing lifted the ban in December, but Tencent has won approval for fewer than a dozen games since.

Meanwhile Tencent is looking for new ways to leverage its most valuable asset: WeChat, a “super-app” the company rolled out in 2011 as messaging service then built into one of the world’s largest user bases. WeChat, which is the bit of Tencent Zuckerberg hopes to emulate, offers an all-encompassing platform for connecting to customers. It’s also a massive data vacuum, designed to suck up and analyze all manner of information about its users.

So far investors are encouraged by Tencent’s pivot. Shares of the company are still 22% below the all-time high they reached last January—but are up nearly 50% since hitting an all-time low on October 30.

The concept of the super-app is generally credited to China. But in an article in the next issue of Fortune, I argue that the place where super-apps are evolving the most rapidly is Southeast Asia. There, two scrappy and ambitious startups—Singapore-based Grab and Jakarta-based Go-Jek—are locked in battle to become the region’s most powerful provider of on-demand services. The story is live on Fortune.com as of this morning.

Wispy debut. Cloud gaming is going to be a thing, but who will get there first? Google unveiled some details about its upcoming service, dubbed Stadia, that will let users play high-end games on almost any device. No word on pricing or availability beyond "2019," though. AMD, Google's graphics chip supplier, saw its stock jump 12%. In Europe, Google was hit with its third major antitrust fine, this time $1.7 billion for allegedly misusing its dominant position in search.

Two-year speed bumps. The second generation of Apple's AirPods arrived on Wednesday morning with a better processor, "Hey Siri" capability, and a case that can charge wirelessly–but at a price of $199, a $40 increase. Owners of the gen one version can purchase just the new case for $79. Also, following Monday's rollout of modest new iPad models, Apple on Tuesday offered up a major performance upgrade for its iMac line, with improved CPU and GPU options. iMac prices remained the same, though the cost of adding extra SSD storage dropped slightly.

Making it right. After being sued for allowing advertisers to get around housing discrimination laws, Facebook agreed in a settlement to stop letting housing, employment and credit ads be targeted by age, gender or zip code. Speaking of being sued, music publishers sued Peloton for using more than 1,000 songs in its live streamed cycling workout classes without paying proper royalties.

Strong foundation. Almost a decade after starting a fashion blog as a side gig, Emily Weiss reached a coveted milestone for her makeup and skincare e-commerce site Glossier. The startup raised $100 million of venture capital in a deal led by Sequoia Capital that valued Glossier at $1.2 billion, propelling it into the ranks of unicorns.

Blast off. Sick of slow air travel times? Fear not. Spaceship travel is coming and will represent a $20 billion market competing with long-distance air travel by 2030, analysts at UBS predict. “Space tourism could be the stepping stone for the development of long-haul travel on earth serviced by space,” they write.

One of the most important issues facing businesses, governments and even individuals is improving cybersecurity. Or not. University of Minnesota mathematics professor Andrew Odlyzko, who worked at Bell Labs before entering academia, has a provocative essay (posted as a PDF) arguing that "Cybersecurity is not very important." Everyone needs to calm down, he writes:

Cyberinfrastructure is becoming more important. Hence intensifying efforts to keep it sufficiently secure to let the world function is justified. But this process can continue to be gradual. There is no need to panic or make drastic changes, as the threats are manageable, and not much different from those that we cope with in the physical realm...This conclusion is diametrically opposed to the heated rhetoric we observe in the popular media and to the unanimous opinions of the technical and professional literature. No claim is made that this process was optimal, just that it was “good enough.” Further, if we consider the threats we face, we are likely to be able to continue operating in this way.

Backstage Capital Shakes Up Its Management Structure By Polina Marinova

Planning your summer vacation and trying to avoid the crowds? Smithsonian magazine has some fascinating suggestions in a photo essay covering 17 of the world's most beautiful but abandoned places. Check out some of the stunning portraits, like the Buzludzha Monument in Bulgaria or Britain's sea-based Maunsell Forts.