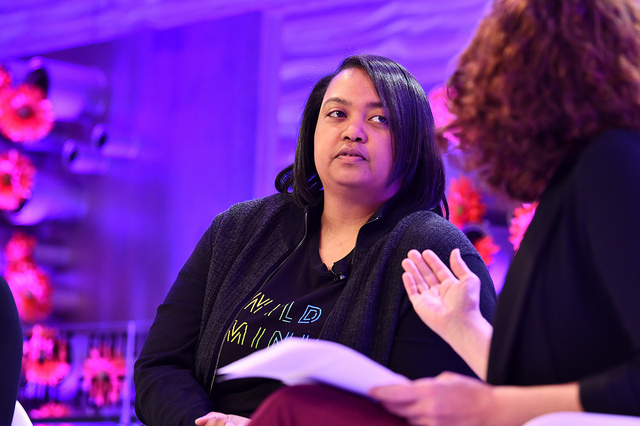 Backstage Capital founder Arlan Hamilton is stepping down as CEO of Backstage Studio, the firm’s venture studio that incubates new companies and products. Fortune obtained a memo and audio message she sent to investors yesterday detailing the management changes at the firm.

From now on, Christie Pitts, a partner and chief of staff at the firm, will be in charge of Backstage Studio. Meanwhile, Hamilton writes that she will focus on “brand and vision evangelizing, raising assets under management, and mentoring my team.” In the 28-minute audio clip, Hamilton says, “I’m going to be somewhat of a brand ambassador and chief vision officer. I’m toying with the title, ‘Chief Smooth Operator.’ Now, it doesn’t roll off the tongue, but it does make me happy, and that’s what all of this is all about.”

Further, Hamilton explains she will turn her attention to things such as podcasting, speaking engagements, authoring a book, and working with founders. She says she has signed a deal with publishing house Penguin Books, and she’s working on a new podcast called “Your First Million,” in which Hamilton will interview successful people about how they got to one million — whether that’s dollars, downloads, or customers. Hamilton also noted she will be doing more speaking engagements — fireside chats, Q&As, and keynotes. She adds, “When I’m doing that, it truly is where I feel most comfortable right now.”

Hamilton sent the email yesterday following Axios’s report that she had not yet raised her $36 million fund dedicated exclusively to black female entrepreneurs.

I asked Hamilton, who has invested in more than 100 companies, 1) how much time will be spent with founders given her new focus, 2) when she plans to raise the $36 million fund, and 3) how this has affected entrepreneurs who were counting on an investment from the fund. (She has not yet returned my request for comment.)

In the email, Hamilton notes that Backstage raised $2 million in funding in 2018 and generated approximately $1 million in revenue since then. She writes that the firm has “enough under management for an appropriate yearly management fee,” but it has to cut expenses, and one of the ways it did that was through layoffs. She said everyone was given severance, and the firm is helping each person find a new job.

“You still haven’t seen my potential, and I’m looking forward to showing you that,” she tells her investors in the audio clip.