Reflective Nostalgia: Neri&Hu’s Lyndon Neri On Learning from the Past 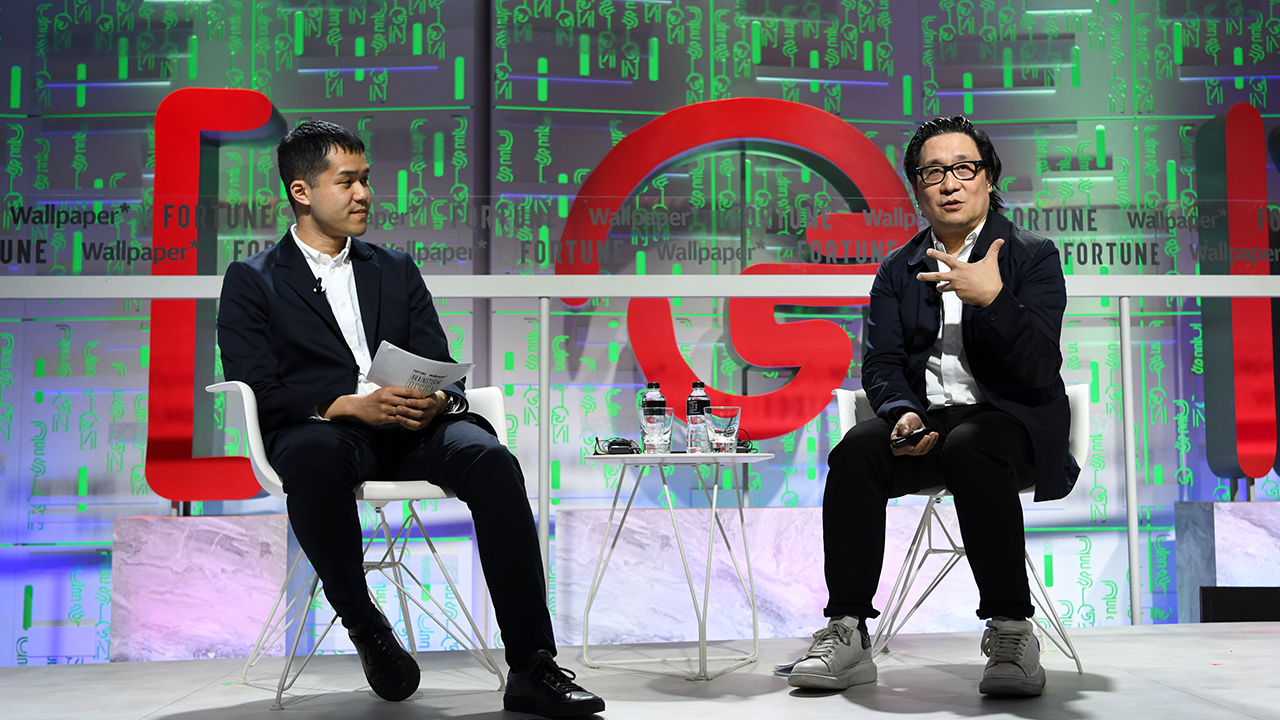 Too often we look to the future without thinking about the past, argues Lyndon Neri.

The architect and designer appeared at the Fortune and Wallpaper* Brainstorm Design conference in Singapore last Thursday. A founding partner (alongside Rossana Hu) of Shanghai-based Neri&Hu Design and Research Office, Neri joined the event to explain “reflective nostalgia,” a concept first articulated by the Harvard philosopher Svetlana Boym and since adopted by his practice as a guiding principle, in the context of the rapid recent growth of China’s economy.

As a measure of the frenetic pace by which China has developed, Neri points out that 60% of its population will be living in urban areas by next year. The flip side of this is the decline of rural areas, not only in terms of the number of villages (there are 300 lost per day), but also a loss of inherited wisdom, time-honed craft, and the sense of clan and community.

“These conditions are obviously exacerbated in China,” he said, “but every country around the world has to deal with them.”

Neri introduced two projects that demonstrate Neri&Hu’s efforts to reconcile the future with the past. The first: The Waterhouse at South Bund, a 19-room boutique hotel converted from a 1930s Japanese army building and completed in 2010. (The original concrete structure had three stories, which were largely kept intact; Neri & Hu added a fourth in Cor-Ten steel.) Showing an image of the lobby, with stripped concrete walls that evoke Shanghai’s nongtang lanes, Neri recalled that his design approach was initially unpopular. His own mother had queried whether the project was complete—and when he answered in the affirmative, she proceeded to ask whether the client had paid in full. His practice soon lost two major projects and was questioned by the government for two years. “But in the third year, they put it on the cover of Shanghai Tourism to attract people to come,” he said.

A more recent project, The Walled – Tsingpu Yangzhou Retreat (2018), is situated in Yangzhou and modeled after a walled city, a local typology. “We recycled bricks from demolished buildings in neighboring areas to build this hotel,” Neri explained. The reclaimed walls, which merge tradition with modern architectural language, “became the guiding force that pulls the whole project together.” (This project was more quickly embraced, earning a spot on the Best New Hotel shortlist for this year’s Wallpaper* Design Awards.)

Having cemented their reputation as one of China’s foremost architecture and design practices, Neri&Hu received 400 project requests last year, of which they only accepted 15. “We really have to think through the process, whether we can do them and do them well,” he explains. With ongoing international projects in London, Porto, Stockholm, and Cologne, Neri notes that a strong grasp of context is particularly important to foreign architects. “We always send a team over to understand the places in which we are practicing, to learn about the weather, living conditions, the way people move in and out buildings,” he said.

He also noted that Neri&Hu’s holistic design approach, which extends to product and graphic design as well as urban planning, has been essential to the practice’s success. “The idea [of a Gesamtkunstwerk] is nothing new—they did in the Renaissance, then again during the Bauhaus movement,” he said. “But for us, it’s also a matter of survival. With clients that want everything done in 10 days, or yesterday, multidisciplinary design bides us time and give us control. We find it liberating.”

Neri concluded by urging the audience to expand their notions of sustainability beyond materials and material culture. “Sustainability is also about learning from the older generation. Younger generations tend to think they have to keep looking forward, and go faster and faster,” he said. “They forget their grandparents’ and parents’ wisdom. Which is why we talk about reflective nostalgia. It’s important not to forget about the past. We shouldn’t copy or monumentalize things, but we need to wistfully understand the lessons of history as we move ahead.”