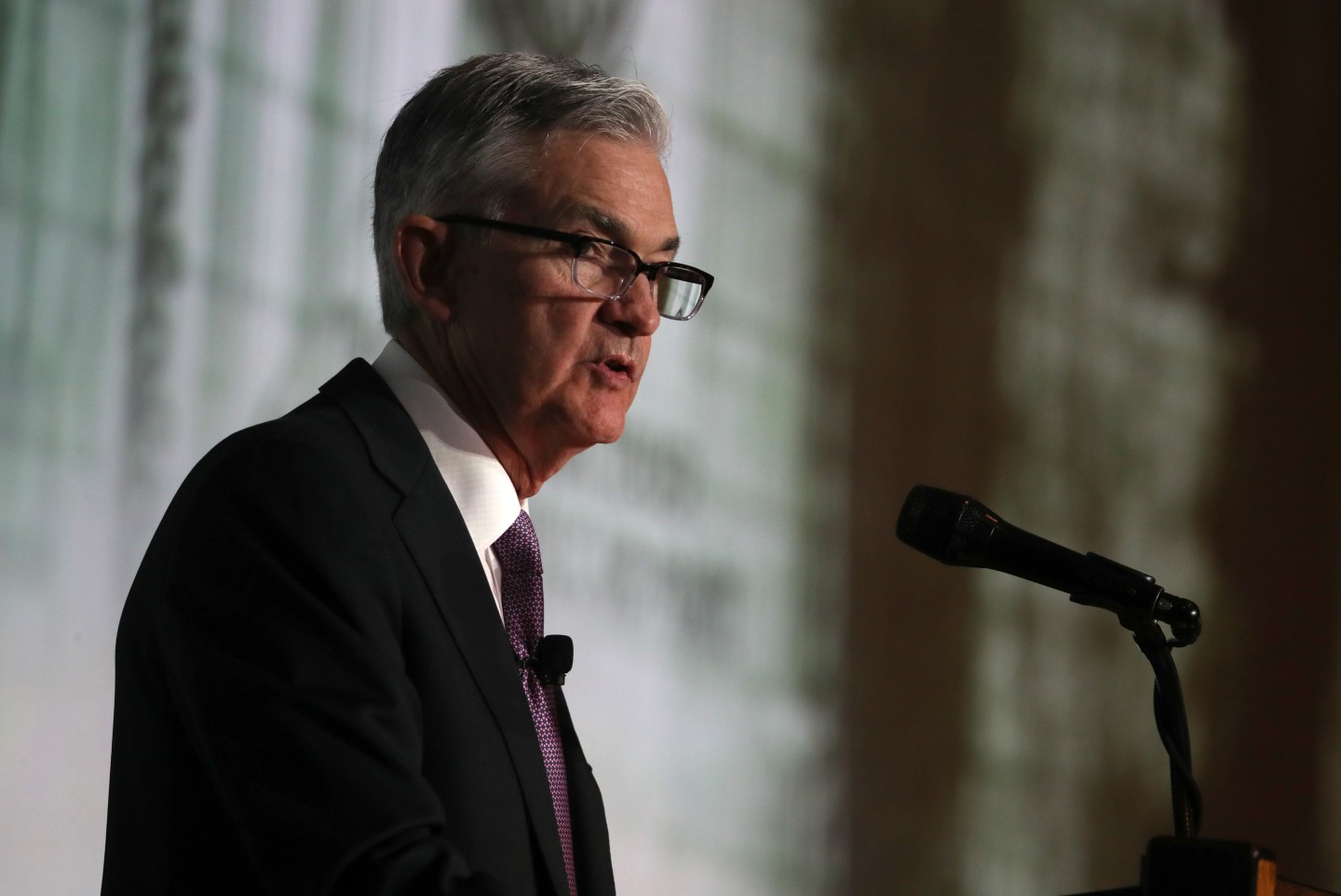 Fed Chairman Jay Powell went on 60 Minutes last night to say that the U.S. economy is doing just fine, there is no need to raise rates, and President Trump can’t fire him.

Fed chiefs seldom make appearances on national television—Bernanke did once during the financial crisis, and Yellen did as she was stepping down, but both were exceptions. Hard to know why Powell chose now to make this appearance, but two points to keep in mind:

– With the expansion reaching record old age and the economy slowing—witness Friday’s anemic jobs report—recession fears are on the rise. The Fed’s job is to maintain confidence, and Powell’s appearance fit that bill. “The business cycle has not been repealed,” he said. “But I would say there’s no reason why this economy cannot continue to expand.”

– With election rhetoric heating up (prematurely), Powell can’t help but be in the political crosshairs. Trump went after him again last week in a wide-ranging speech to the Conservative Political Action Conference, calling him “a gentleman that likes raising interest rates.” Powell declared last night he has no plans to raise rates—“Our interest policy is in a very good place”—and when asked if Trump could fire him, said “no.” “The law is clear that I have a four-year term, and I fully intend to serve it.”

I’m at the Shanghai airport, where all of Boeing’s 737 Max 8 jets have been grounded by China’s Civilian Aviation Administration in the wake of the Ethiopian Airlines crash. (China has 96 of the planes in service.) The regulator noted similarities between the latest crash and a Lion Air crash of a 737 Max in Indonesia in October. Both crashes occurred during takeoff.

I’ll be flying to Hong Kong today…on an Airbus A321. More news below.

Boeing's shares have fallen as much as 10% following the Ethiopian Airlines disaster. Safran, which makes the plane's engines, also saw a stock drop. Indonesia may follow China in grounding all 737 Max 8 planes—that's where the still-recent Lion Air crash happened, featuring the same model—and South Korea has launched a special investigation of the craft. Ethiopian Airlines has now grounded its 737 Max fleet, and Cayman Airways has grounded both its 737 Max jets. Bloomberg

Remember three seconds (OK, 10 days) ago, when Tesla said it was closing most of its retail stores so it could sell its cars more cheaply? Now Elon Musk's car firm says it will reopen "a few stores in high visibility locations that were closed due to low throughput," but with fewer staff. This may have something to do with the fact that Tesla can't wriggle out of leases that tie it up until 2023. Oh, and it's raising its prices by 3% on average, though not for the $35,000 base-spec Model 3. Fortune

Renault has confirmed that it is talking to Nissan and Mitsubishi about creating a new alliance body "in order to enhance and ensure future collaboration" in the post-Ghosn era. "The proposed arrangement will have no impact on the existence of the RAMA (Restated Alliance Master Agreement), and the cross-shareholding structure, which will both remain in place," Renault said. Reuters

Deutsche Bank and Commerzbank are reportedly holding tentative, preliminary merger talks, and the news—which follows months of rumors—boosted shares in both banks. The combined outfit would have a fifth of the country's banking market. Reuters

The Brie Larson-fronted Captain Marvel raked in around $455 million in its opening weekend, including around $153 million in the U.S., where initial forecasts were around the $125 million mark. The debut is the second-strongest for a superhero origin movie, after Black Panther and its $202 U.S. million opening weekend. CNBC

Tech stocks are doing well again thanks to healthy profits. So far this year, Facebook, Netflix and Alibaba have all risen by over 25%, though that of course follows quite the tumble late last year. Wall Street Journal

Turkey slipped into recession in the last quarter, with a Q4 contraction of 2.4% (the previous quarter's was 1.6%, so the shrinkage is getting worse.) The reason? The trade war with the U.S. that hit the Turkish lira, which made imports more expensive. BBC

The U.S. may overtake Saudi Arabia as the world's top oil exporter by 2024, according to the International Energy Agency, which sees global demand growing by 1.2 million barrels a day until then, with the U.S. providing 70% of new supplies. "This will shake up international oil and gas trade flows, with profound implications for the geopolitics
of energy," said IEA executive director Fatih Birol. CNBC