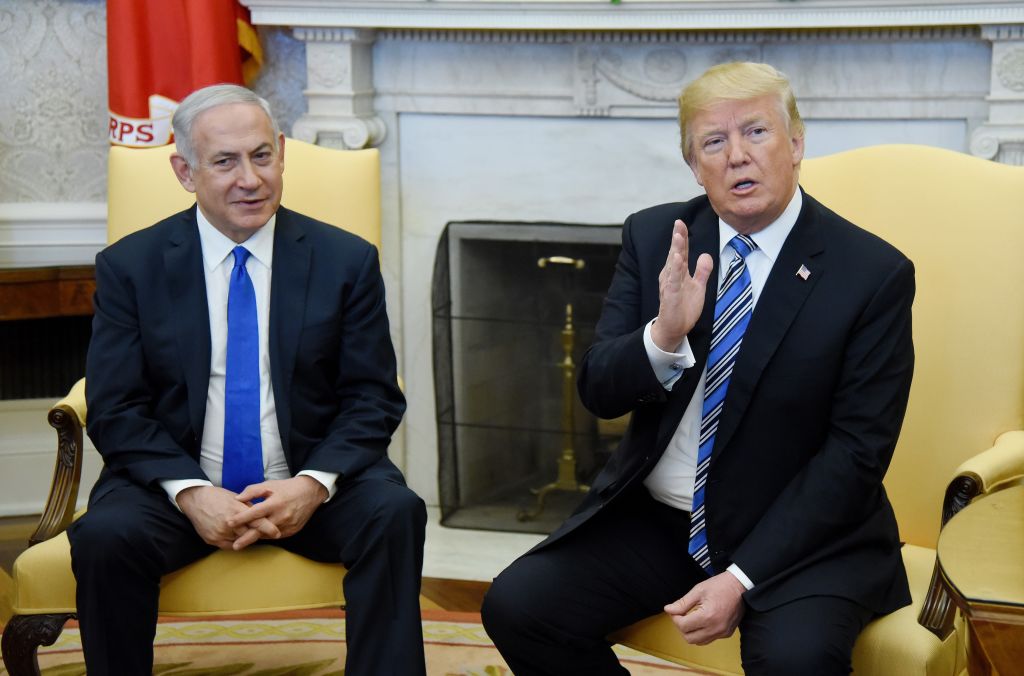 U.S. trade negotiators are traveling to Israel next week for advanced talks to upgrade their agricultural trade pact and reduce barriers for American farm exports to the Middle Eastern country, according to two people familiar with the matter, who asked not to be named because the talks are confidential.

The U.S. and Israel confirmed the planned meeting without providing additional details. Officials held an earlier round of negotiations in recent months.

Israel’s bargaining with an economy 55 times its size won’t have the global fallout of Trump’s wrangling with China, a confrontation that’s sent markets reeling and morphed into an almost year-long trade war. But the pursuit of better terms with Israel shows that no ally is immune from the U.S. president’s fixation on what he sees as unfair trade arrangements. Just days ago, Trump announced plans to end key preferences for India and Turkey.

In Israel, Trump is looking to complete an effort unfinished by his predecessor. The U.S. pushed to rework its 1985 free-trade accord and the agricultural agreement during the second half of the Obama presidency, according to another person familiar with the matter. Though American negotiators met with Israelis at the time, discussions never progressed because Israel was reluctant to reduce competitive barriers.

If a new deal reduces protectionism and opens local markets to more competition, it could have the support of some in Israel, where high consumer costs are a frequent source of frustration.

Changes are expected to include some reduction on agricultural tariffs for American exporters, though negotiators are still discussing what those concessions will look like, according to one of the people.

A spokeswoman for the Office of the U.S. Trade Representative, Emily Davis, confirmed that American agencies will travel to Israel to discuss the agreement on trade in agricultural products but declined to comment further. Rachel Hirshler, senior director for international agreements at Israel’s Foreign Trade Administration, said a round of negotiations would take place next week. She gave no further details.

In 2017, the U.S. ran a trade deficit of almost $14 billion with Israel, despite its relatively small size. America is by far Israel’s biggest trading partner with annual trade worth $30 billion, three times the total of second-place China, according to the latest data compiled by Bloomberg. Precious stones, pharmaceuticals and electrical machinery are the country’s key exports to the U.S.

Agriculture accounted for less than $1 billion of trade between the countries in 2017, according to the U.S. Trade Representative’s website.

Since signing the free-trade agreement more than three decades ago, Israel’s economic output has expanded about 13 times. The agricultural pact between the allies was last updated in 2004.

In a 2018 review of foreign trade barriers, the U.S. highlighted the increase in sales that could result from reduced levies on processed food in Israel, including dairy products.

Under the current terms, “virtually any product produced in Israel that can be competitive in the U.S. market can enter the U.S. duty-free,” according to a separate 2018 report from the U.S. Department of Agriculture’s Foreign Agricultural Service. “In contrast, U.S. products continue to face high tariffs in many sectors limiting their access to the Israeli market.”